The Rotary Club of AuSable Valley built and maintains the Rotary Pavilion at the covered bridge in Jay. (Photo provided)

Winners of the Rotary Club of AuSable Valley’s 2016 scholarship pose for a photo. (Photo provided) 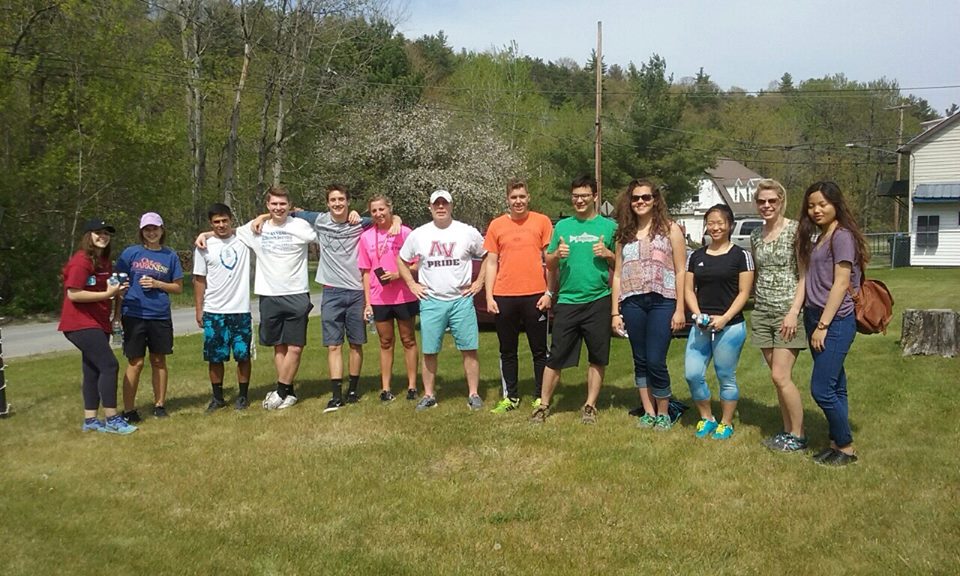 Winners of the Rotary Club of AuSable Valley’s 2016 scholarship pose for a photo. (Photo provided)

Is voluntarism dying in our communities? Last year Lake Placid’s Kiwanis Club folded after more than 90 years of service, due to dwindling membership. The impact on people in our community has been significant. Traditions such as the Teddy Bear Picnic, the elementary school dictionary project and Greenwood Valentine’s party were taken over by the Rotary Club of Lake Placid. Other former Kiwanis projects — such as sponsorship of the Boy Scouts Troop 8010 in Lake Placid, led by Doug Hoffman — were taken over by Lions, says Jim Hadjis, president of the Lions Club.

But Kiwanis’s thousands of dollars in cash donations to nonprofits, scholarships and awards for local students have been discontinued.

Now we have learned that the Rotary Club of AuSable Valley may close at the end of this fiscal year for the same reason: fewer people wanting to make the commitment to become members. The impact on the local population is going to be major, from the loss of tens of thousands of scholarship dollars for AuSable Valley and Keene Central students to the maintenance of the pavilion at Douglas Memorial Park near the covered bridge in Jay. Club President Stephanie Battisti said, “I don’t want it to end. But we need more people who are really interested in doing things for the community.”

The Rotary Club of AuSable Valley was founded in 1932. At its largest there were 35 members; now there are seven. The club has met at different locations in the large region of the AuSable River valley, trying to find the right spot for the most people. The club’s service area is huge, from Wilmington to Port Kent. For a long while they met in the AuSable Forks ambulance garage, and now meet at the Amos and Julia Ward Theatre in Jay.

Peter Prescott of Keeseville joined the club about 40 years ago when he was employed by Gordon Oil. His boss “Waxy” Gordon was a strong Rotarian and encouraged Peter to attend. He’s been a dedicated member ever since. I asked Peter how it feels to know that this club that has had such a big impact on the community, and been such a big part of his life for so long, is ending. He said, “I’ve watched it coming over the years. People are more money-conscious and have different priorities.” 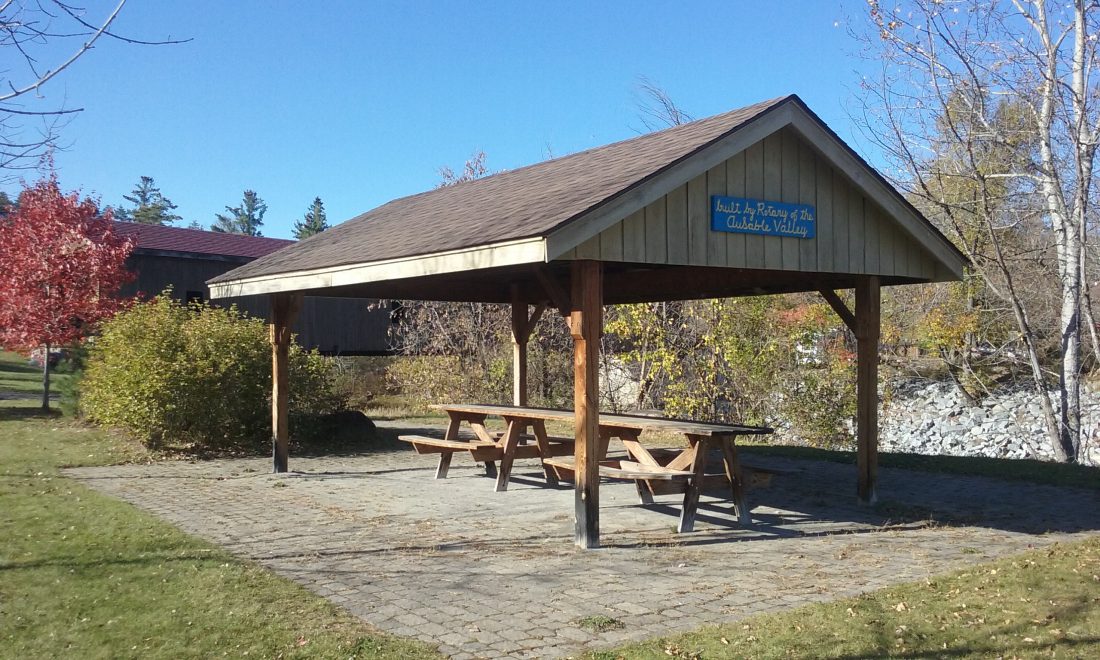 The Rotary Club of AuSable Valley built and maintains the Rotary Pavilion at the covered bridge in Jay. (Photo provided)

Here are a sampling of the Rotary Club of AuSable Valley’s projects:

¯ They built and maintain the pavilion at the Jay covered bridge near the tennis courts.

¯ The club has raised tens of thousands of dollars from the community for scholarships for graduates of AuSable Valley and Keene Central Schools, as much as $12,000 annually.

¯ They do a twice-yearly highway cleanup every year on Route 9N from the Jay rest stop 2.3 miles toward AuSable Forks.

¯ They sponsor the education of a 8-year-old boy in third grade in Mexico.

¯ The Rotary Club of AuSable Valley has a strong foreign exchange program.

¯ They sponsored a dictionary project with AuSable Forks Elementary School.

¯ For years the club ran a summer youth program for six weeks, staffed by all volunteers, where 30 to 40 students played softball and volleyball.

¯ The club participated in a regional cookbook project that was published in 2011 and raised $18,000 for water projects in Africa.

¯ They partnered with a club in Kingston, Ontario, for another water project in Africa.

¯ They maintained Black Brook Cemetery in AuSable Forks for years.

¯ They helped develop the kids trail system that was dedicated to a little boy that was killed, Henry’s Trail, which is behind the Tops in AuSable Forks where the baseball and soccer fields are.

If they continue past June 30, the Rotary Club of AuSable Valley would like to help renovate the pavilion in AuSable Forks across the river by the ball fields. This pavilion has a beautiful covered area in the front with tables for picnicking, But the bathrooms need to be repaired, the kitchen is in rough shape, and the building has been condemned because of water and ice damage. Stephanie Battisti says, “We would like to get people interested in fixing that up. With Rotary International behind us we could apply for grants and have a ready-set base of volunteers! There are many grants available that we can partner with to bring money into the community and do some good.”

Of club President Stephanie Battisti, Keeseville’s Peter Prescott says, “She’s a passionate Rotarian, trying her darndest to fire up a few more people to continue on.” Stephanie Battisti has been president since 2015 following a stint as Rotary area governor from 2012 to 2015. Battisti originally joined Rotary in 1997 in Morrisonville. She said, “I would love to see some people come in and help make it so our club doesn’t have to close. What would it take? Half a dozen people would be a game-changer.”

The Rotary Club of AuSable Valley meets twice a month on the second Wednesdays at 7 p.m. and fourth Wednesdays at 6 p.m. for potluck dinner. Battisti says, “We can easily change to a different meeting frequency, time and place.” Members pay $5 per meeting in addition to annual dues that are $120. “We hope that some employers out there will remember the tradition of sponsoring their best employees to be Rotarians. Or older family members can sponsor younger ones,” remarked Battisti.

“It’s sad that community service is struggling,” says former Kiwanian Betsy Baxter. While other local service clubs including the Lions, Masons and Rotary clubs of Lake Placid and Saranac Lake are going strong, membership is always a concern. We do worry that the demise of two of our area’s service clubs in a short period of time does not bode well for our community. The service clubs do so much behind-the-scenes, from volunteering to raising and giving away money. They are integral to our quality of life in the North Country.

We hope this article will spur some individuals in the AuSable Forks, Jay, Keene, Keene Valley, Wilmington, Keeseville and Port Kent communities to look into becoming members of the Rotary Club of AuSable Valley. It is such a worthwhile and impactful volunteer commitment. It’s an investment in your community and a better world for all. For more info go to www.rotary.org, contact Stephanie Battisti at 518-637-1018 or stephbattisti@yahoo.com.

Martha Pritchard Spear lives in Lake Placid and is past president of the Rotary Club of Lake Placid.