Fun at the International Children’s Games 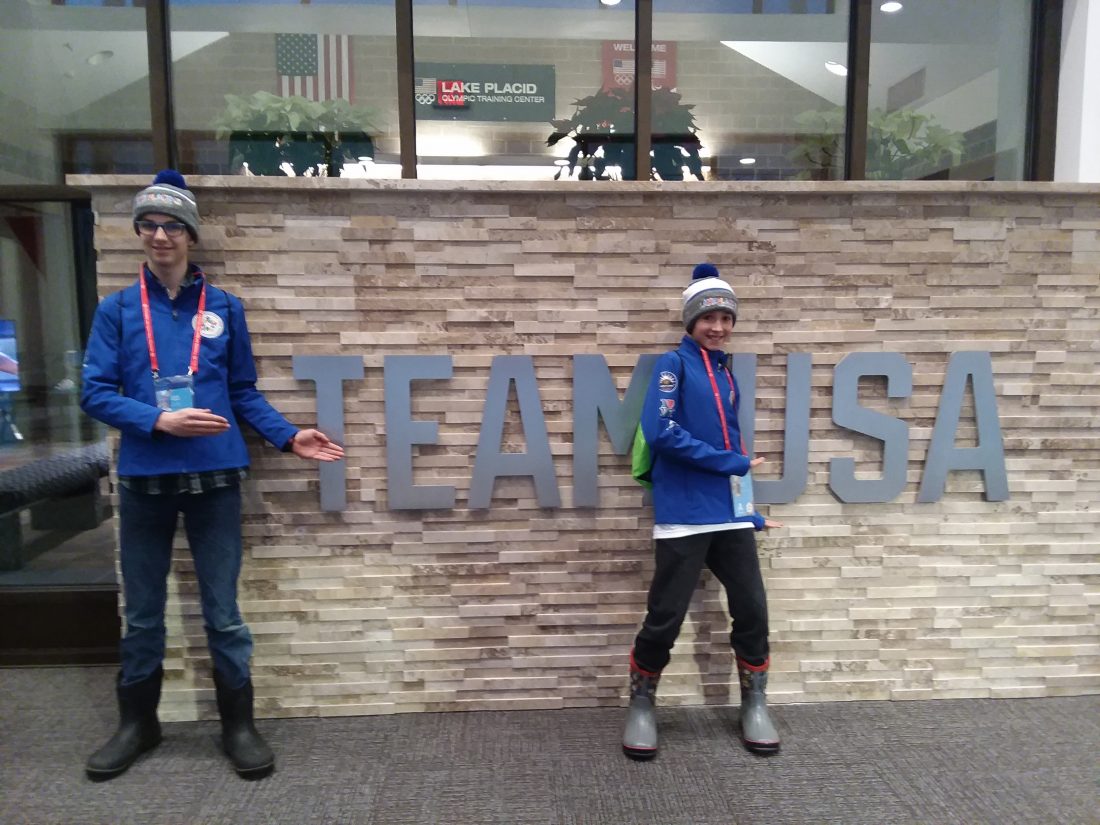 I was ecstatic when I was told I had been selected for the 2019 Lake Placid International Children’s Winter Games. I had written many essays, had letters of recommendation written about me, had been preparing athletically, and it all paid off. I was proud to be a member of Team Lake Placid.

One of the questions I was asked on my essay application was how I would share my experience with the community, and I said I would donate my racing bib to the prize box at Dewey Mountain and write an article for the Adirondack Daily Enterprise. I don’t know if I’m ready yet to donate my bib because it turned out to be a very special souvenir, but I am happy to write this article.

The International Children’s Games are like a miniature Olympics hosted in different cities of the world each year for kids ages 12 to 15, and this winter they were held in Lake Placid. Three years ago, local kids I know went to the International Children’s Winter Games in Innsbruck, Austria, and when I heard about their experiences, I hoped I would be able to participate when I was the right age. I’m amazed that my dream came true.

One of the highlights for me during the games was that I got to talk to kids from other countries and exchange pins with them. The pin exchange is an ingenious idea for kids to meet each other. Kids are given pins with the symbol of their city, and they trade them for pins from other cities. By the end of the games, I had loads of pins from Cleveland, Ohio, to Daegu, South Korea. It was a great, fun way to meet new people and learn about their cultures.

Another way I got to meet kids was through competition. I was a cross-country ski competitor, and it was a lot of fun racing in my first international races, but it also meant camaraderie with other kids. We had mixed relay teams on the last day of the games, which was really the best opportunity to meet new people because the teams were each made up of a boy and a girl of different nationalities. I got partnered with a girl from Estonia. I got to know her better than any other international kid, and it was very fun talking with her about skiing, our countries and the snow conditions we ski on. She gave me Estonian candy which was like a Kit-Kat and a Snickers combined. I also made friends with local kids I had seen before but never talked to. I think these bonds will endure for years to come.

This was a great experience, and I’d like to thank a few people and organizations for making it happen. Thank you to the village of Lake Placid, the ICWG organizers, the Uihlein-Ironman Sports Fund of Lake Placid administered by the Adirondack Foundation, ORDA (the state Olympic Regional Development Authority), my NYSEF (New York Ski Education Foundation) coaches Shane MacDowell, Kim Douglas and Sophie McClelland, and my loving, supportive friends and family.

Galen Halasz is 13 years old and lives in Saranac Lake.