Adirondack Rail Trail for all 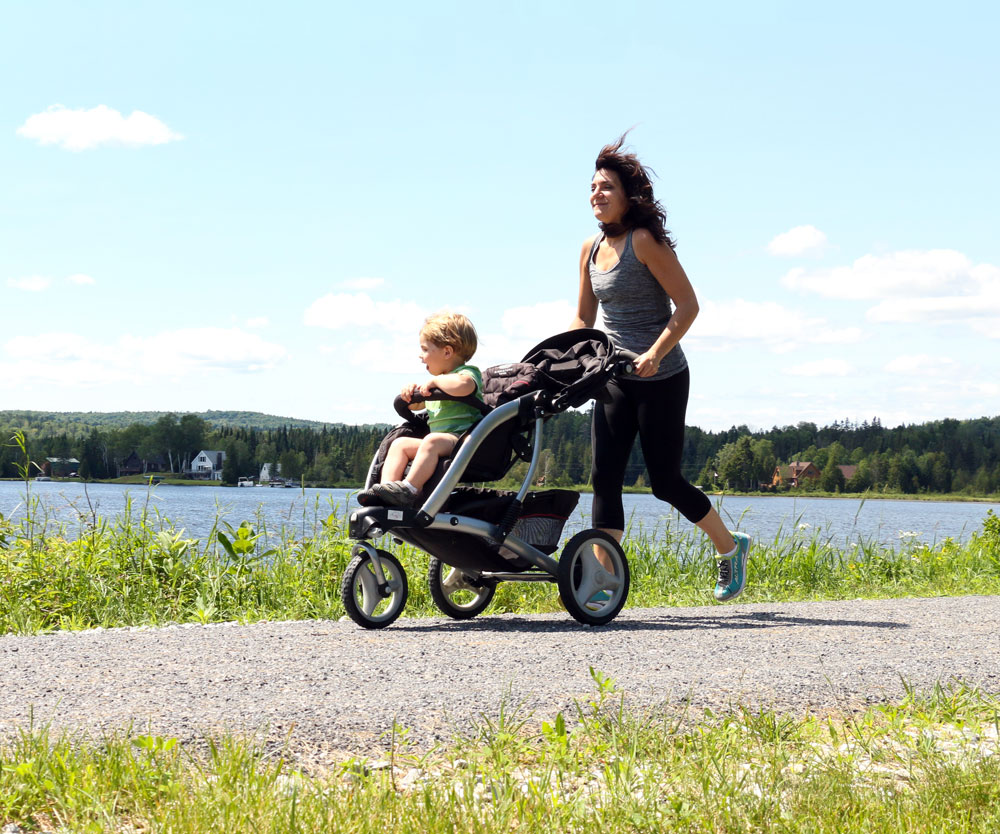 A woman jogs with a child in a stroller on the Lamoille Valley Rail Trail in Vermont. (Photo provided —î Northeastern Vermont Regional Hospital)

I read with interest your June 28 story headlined “Railroad unveils rail bike design.” As the Adirondack Park Agency once again ponders the fate of the Tri-Lakes rail corridor, the return of a temporary, for-profit rail-bike business is being considered for the stretch of track between Saranac Lake and Lake Clear.

The popularity of these machines gives a hint of the potential benefits that will accrue from a bike path on this state-owned right of way once the tracks are removed. This much-discussed Adirondack Rail Trail now awaits a final OK from the APA and perhaps (here we go again!) a final round of hearings on the state’s unit management plan governing use of the rail corridor.

Bicycling promises to be the Next Big Thing in the Adirondacks, an outdoor activity that will be hugely enhanced by this 34-mile trail connecting Lake Placid, Saranac Lake and Tupper Lake. Cyclists will no longer have to risk their lives braving traffic, especially on the hair-raising stretch of New York 86 between Placid and Saranac Lake. Locals and tourists of all ages and physical abilities will be able to enjoy the Adirondack Rail Trail on a regular basis, in every season and free of charge. And not just for bicycling. This safe, peaceful, scenic pathway will also lend itself to walking, jogging, skiing and communing with nature.

The local economy will certainly benefit from this recreational amenity, something my wife Rachel and I have seen firsthand as we explore rail trails in other parts of the country. Everywhere along these rail-to-trail conversions we see new businesses springing up, including restaurants, B&Bs, motels, art galleries, bike retail and repair shops, you name it. Former station houses have also been adapted for every conceivable purpose, from tourist information centers to libraries, snack bars, bike rentals, museums and overnight accommodations.

A major challenge facing rural communities are aging populations and falling school enrollments. To help counter this worrisome trend, the Adirondack Rail Trail will appeal to younger couples looking for a healthy, community-minded, naturally beautiful place to live and raise their children. With the advent of telecommuting, more and more people can now live where they choose as they conduct their business via the internet. The presence of an inviting rail trail could prove irresistible to many young telecommuters when combined with everything else the Tri-Lakes has to offer: a lovely setting, friendly small-town character, good schools, flourishing art scene, excellent libraries, a range of restaurants and (in Saranac Lake) a beautifully remodeled centerpiece hotel.

Public health also benefits from the regular use of rail trails, which provide an easy and pleasant way to enjoy regular exercise while getting out in nature. It’s telling that two of our favorite rail trails — the Swamp Rabbit Trail connecting Greenville and Travelers Rest in South Carolina, and the western section of the Lamoille Valley Rail Trail in Vermont — are sponsored by local hospitals.

Speaking of the Lamoille Valley RT, here’s an excerpt from the current issue of Stowe Magazine about the progress being made on this rail-to-trail conversion that will extend all the way across northern Vermont:

“Let’s say you’re a normal person who owns a bicycle. You love riding your bike — inhaling the rich smells of a Vermont summer, slowing down or stopping when you find something interesting, getting that good feeling when your muscles ache just a little.

“But you’re not fond of biking along roads with fast-moving traffic, and mountain biking seems a little too kamikaze. Have we got the ticket for you — the Lamoille Valley Rail Trail!

“Trains are big and heavy and not good at climbing, so railroad lines were always as straight and flat as possible. What’s left when a railroad is abandoned is a reasonably straight, level right-of-way. Pull up the track and ties, and you have a flat-as-a-crepe recreation trail.

“The Lamoille Valley RT was once the route for the St. Johnsbury and Lake Champlain Railroad Co. The line, constructed in 1877, transported passengers and freight between St. Johnsbury and Swanton for nearly a hundred years. Service stopped in 1973, when the railroad went bankrupt. Vermont acquired the right-of-way, and in 1997 the Vermont Association of Snow Travelers began using it as a snowmobile trail.

“The Lamoille County section of the trail winds through forests, open fields, farmland hills, and wetlands. The trail offers stunning views of the Lamoille Valley, and opens up snapshots of the Lamoille River, Elmore Mountain, and the Green Mountains that weren’t available before. The trail crosses more than 40 bridges and runs through more than 900 wetland areas, great places to see birds and other wildlife.

“The target year for completion is 2021. When finished it will be 93 miles long, travel through 18 towns, and span Vermont from the Connecticut River to Lake Champlain. The trail is closed to motor vehicles, although snowmobiles use it in the winter, along with cross-country skiers, snowshoers, and fat-tire bikers. In the summer, cyclists, runners, walkers, and horseback riders flock to it.”

The Lamoille Valley project is one of thousands of rail trails that have cropped up throughout the United States during the last 30 years, with new ones opening all the time. When the Adirondack Rail Trail is completed, hopefully within the next two years, it promises to be one of the best of them.