The train station in New Freedom, Pennsylvania, is seen after being renovated.(Photo provided by Carl Knoch) [Editor’s note: An earlier caption incorrectly said the tracks here have been turned into a trail. In fact, this station is served by both a trail and a train. The Enterprise editor wrote the erroneous caption based on a misunderstanding that the author’s essay implied.]

The train station in New Freedom, Pennsylvania, is seen before being renovated. (Photo provided by Carl Knoch) 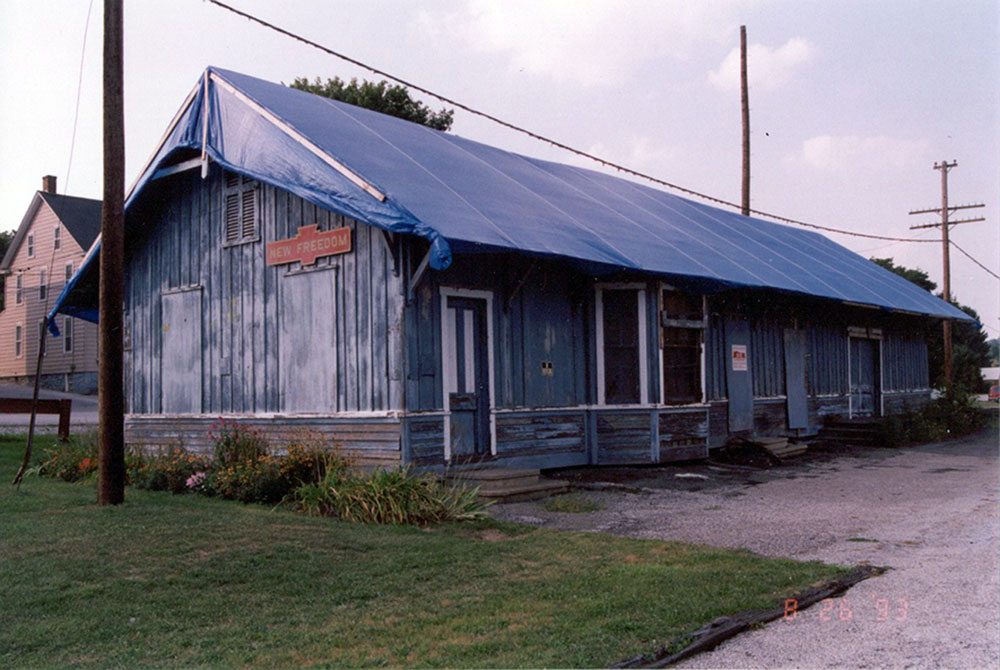 The train station in New Freedom, Pennsylvania, is seen before being renovated. (Photo provided by Carl Knoch)

A recent statement by Jay DiLorenzo, president of the Preservation League of New York State, merits a response. Mr. DiLorenzo claimed that converting the 34 miles of rail line connecting the Tri-Lakes into an incomparable recreational trail and tourist destination would somehow “threaten the preservation and public use of … historic stations at Saranac Lake and Lake Placid.”

A little research into the phenomenal success of rail-to-trail conversions around the country would have shown this professional preservationist that there are few better ways to celebrate a region’s history than with rail-to-trail conversions. In fact, there’s no better way I can think of to foster appreciation of the railroading era than through the adaptive reuse of train stations, bridges, tunnels, signal towers and rail cars themselves.

The proposed Adirondack Rail Trail will help to preserve and celebrate our historical heritage far more effectively than keeping a “scenic railroad” on life support between Lake Placid and Saranac Lake.

This tourist train has flunked a 20-year-long test, during which time it has run sporadically while providing no discernible benefits to local communities. At the same time it has monopolized a public resource that could provide significant historic, recreational and economic benefits to the region.

Over the past decade I’ve visited more than a hundred rail trails from Maryland to Maine. What has especially impressed me is the number of former railroad stations that have been restored, preserved and repurposed. Saved from deterioration and oblivion, these historic structures now serve as tourist-information centers, museums, restaurants, bike shops, etc., for the thousands of bicyclists and other tourists who come through. 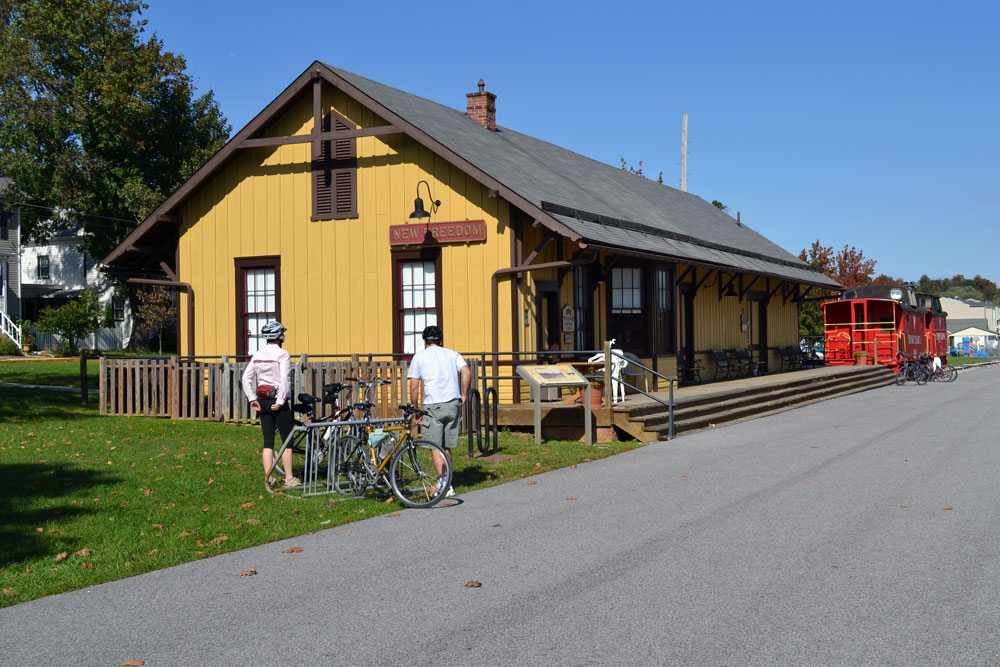 The train station in New Freedom, Pennsylvania, is seen after being renovated.(Photo provided by Carl Knoch) [Editor's note: An earlier caption incorrectly said the tracks here have been turned into a trail. In fact, this station is served by both a trail and a train. The Enterprise editor wrote the erroneous caption based on a misunderstanding that the author's essay implied.]

Pictured here is one example near where I live: the New Freedom Station along the Heritage Rail Trail in York County, Pennsylvania. The restored structure now houses a cafe along with a museum that tells the story of the railroad in this small community during the early 1900s. (A full-size mural of a steam locomotive on the interior walls even enables visitors to blow the whistle!) Other restoration efforts along this corridor include the Hanover Junction Station where President Lincoln’s train switched tracks on the way to deliver his Gettysburg Address. [Editor’s note: An excursion train also operates at the New Freedom station, in addition to the trail.]

In Saranac Lake, the Adirondack Rail Trail will not only be a boon to business and a recreational delight for residents and visitors — be they cyclists, walkers, runners, snowmobilers, bird watchers, dog walkers, etc. This rail trail will also provide the impetus for preservation and adaptive reuse of the village’s underused and deteriorating train depot. This historic treasure was once the arrival point for generations of TB sufferers seeking treatment — and hopefully a cure — for their dreaded disease. It was once, and can be again, a vital center for Saranac Lake.

What a wonderful museum, tourist center and restaurant this classic Victorian structure would make! And what better way to honor the extraordinary history of this mountain village?!

Plans for the Lake Placid-Tupper Lake section of the Adirondack Rail Trail are temporarily on hold due to an ill-advised ruling by a state judge. For more than seven years, this project has been actively studied, debated and promoted. The state is now ready and eager to pursue the project.

Let’s hope that this latest hurdle will soon be cleared and that this extraordinary recreational amenity — with its important historic implications — will finally go forward. The public, which owns the railroad right of way, has waited long enough!

Carl Knoch lives in New Freedom, Pennsylvania, has served on the board of the York County Rail Trail Authority since 1998 and has served as chairman since 2000. He has conducted trail user surveys and economic impact studies on more than 40 rail trails across Maryland, New Jersey and Pennsylvania.

Sorry, yard sales are a no-go, for now