Private rail cars are seen Sept. 13 at the Amtrak station in Rensselaer before beginning their excursion. (Photo provided by Larry Roth) 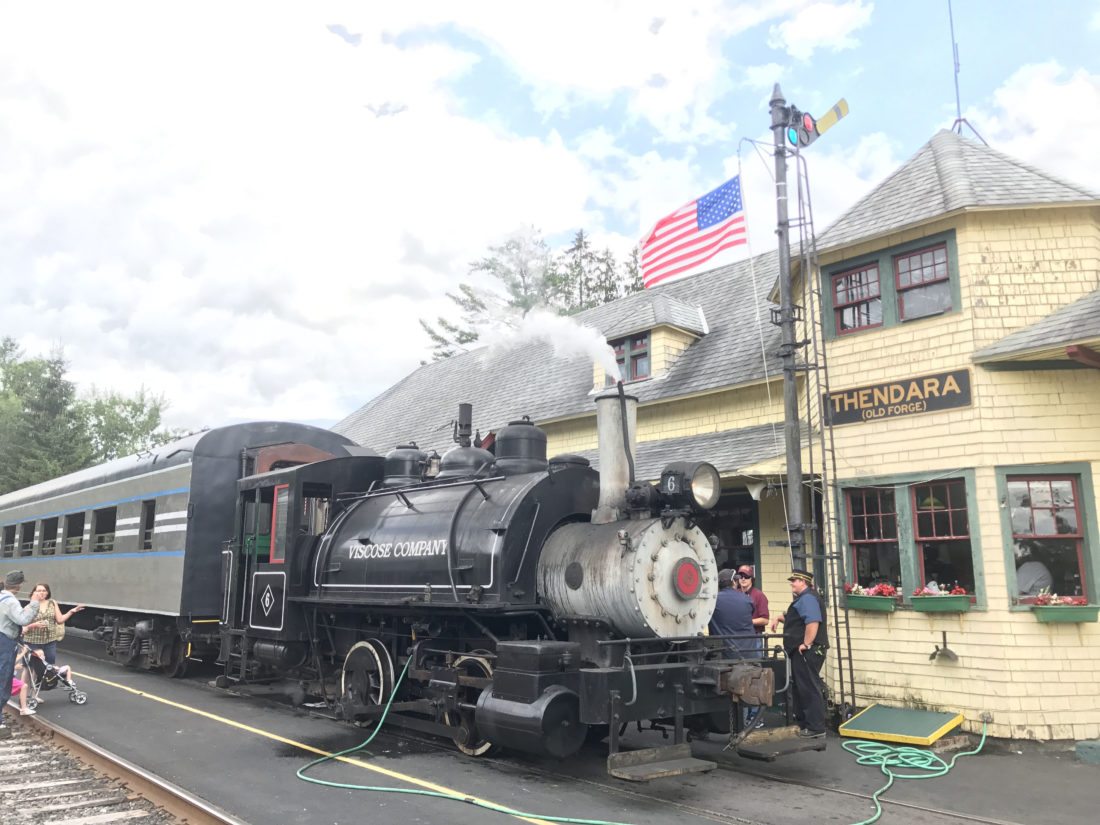 So how was your summer, Tri-Lakes?

I hear you had a really wet June and July. Things didn’t start drying out till August, but September has been fairly decent. The leaves are turning, drawing leaf peepers and peak baggers alike. Thoughts are turning to winter months and the big question hanging over the local economy: What will the winter be like this year?

Another with no snow? Snow that falls — and then gets melted away by rain? Tough for the Olympic venues — which is why the state is working hard to make them year-round attractions. Also tough for the snowmobile crowd, which despite declining numbers and snowfall still can’t have enough trails or subsidizing by the state.

It’s a shame the local economy no longer has the trains — they draw tourists rain or shine. What the weather does is going to be even more critical for you now. Good luck with that.

I see the mayor of Lake Placid complaining the rails make it hard for National Grid to keep the power on. Maybe it’s because you no longer have the rail people keeping the corridor brush trimmed, keeping beavers from flooding it and keeping an eye out for problems. Railroads are really good for moving heavy equipment, too. Guess National Grid will just have to figure out how to service the line without tearing up the trail when they have to bring in their gear. Could be tricky, that. 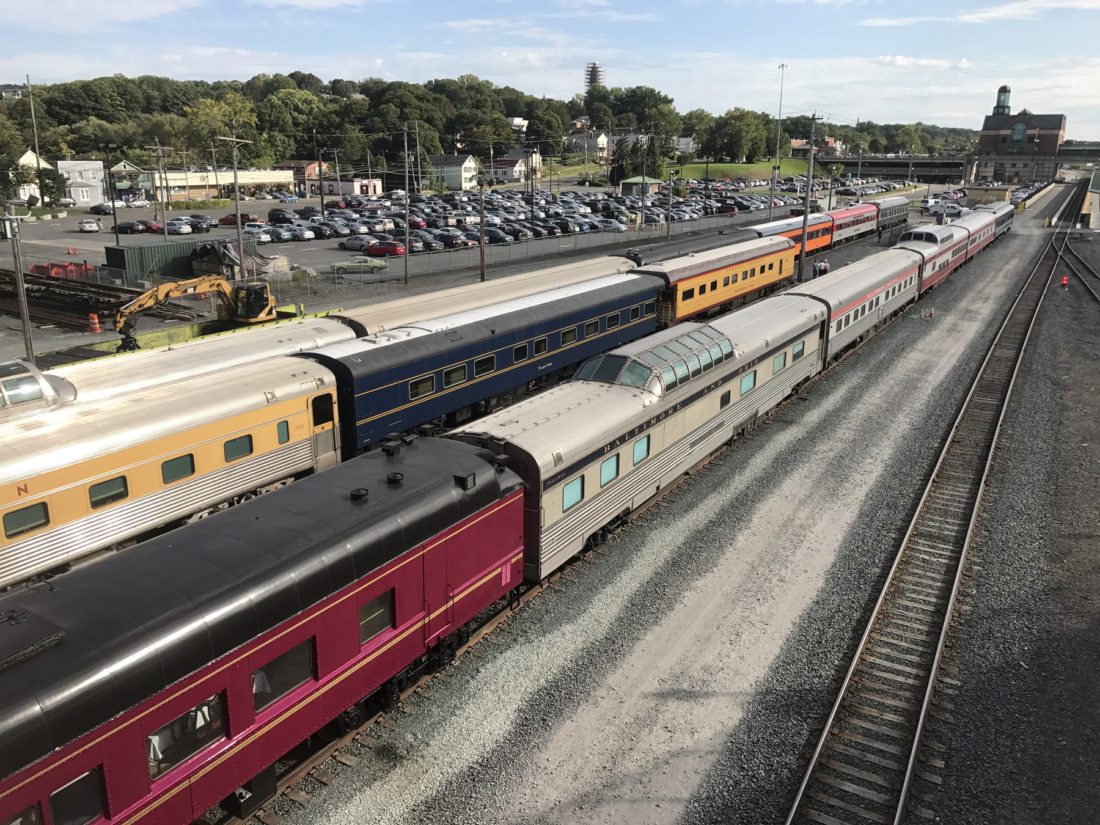 Private rail cars are seen Sept. 13 at the Amtrak station in Rensselaer before beginning their excursion. (Photo provided by Larry Roth)

Lake Placid has been enjoying some big events — and traffic jams and fights over parking. There’s no way to make the highways bigger, but if the town insists that roads and the airport are the only way someone can reach the area, they’re just going to have to live with it. So much for that quality-of-life thing. If only there was some other way to move lots of people around without tying up the roads …

Speaking of which, the Tri-Lakes are going to be dead center for the 2024 total eclipse on April 8. If you think the traffic for special events in Lake Placid is bad now, you ain’t seen nothing yet. That’s going to draw huge crowds to the area. It’s not too early to start planning — especially if all you’ll have to work with are the highways. I heard the traffic jams after the 2017 eclipse were epic when everyone wanted to leave at once. It wasn’t a problem for the people who booked the Amtrak eclipse excursion train to Carbondale, Illinois, though.

I understand it’s pretty quiet in Saranac Lake these days. No trains bringing people over from Lake Placid by the thousands. No Rail Explorers pedaling across Lake Colby and through the woods. Fewer visitors for those shops, those hotels, those eating places. But … the vocal minority who don’t like tourists crowding their town or trains running through their Adirondacks are happy. Let them ride bicycles!

Meanwhile, a little further down the tracks, it’s been a good summer indeed. The Adirondack Scenic Railroad drew big crowds with the return of a real steam engine to the Adirondacks, if only for one weekend at Thendara. (Lots of people took shuttles into Old Forge from Thendara station that weekend, too.) Pity the Tri-Lakes missed out on that.

It’s a shame the Tri-Lakes also missed out on the big story that got national attention, when private rail cars made a special excursion up the old New York Central tracks behind chartered Amtrak locomotives. A long train with historic cars (including four dome cars) showed off the Adirondacks at their best — and showed what could become a regular event with some vision on the part of the state. Potential Amtrak service, special charters, tourist specials all the way to Lake Placid … sorry. Some people want to make that impossible.

DEC has reportedly been busy trying to figure out how to build that “world-class” rail trail, which has meant actually getting into the corridor for a real survey. I wonder if they’ve revised their cost estimates upward yet, now that they have to cope with the real world and not the sales pitch version.

The legal questions remain unresolved — the state maintains the title questions are all taken care of. Of course, first they claimed there weren’t any. The court case has done this much, though. It’s given people a chance to see what life without the rails would be like while there’s still time to go back to Alternative 6 and make it happen: rails AND trails.

At the very least, save the rails!