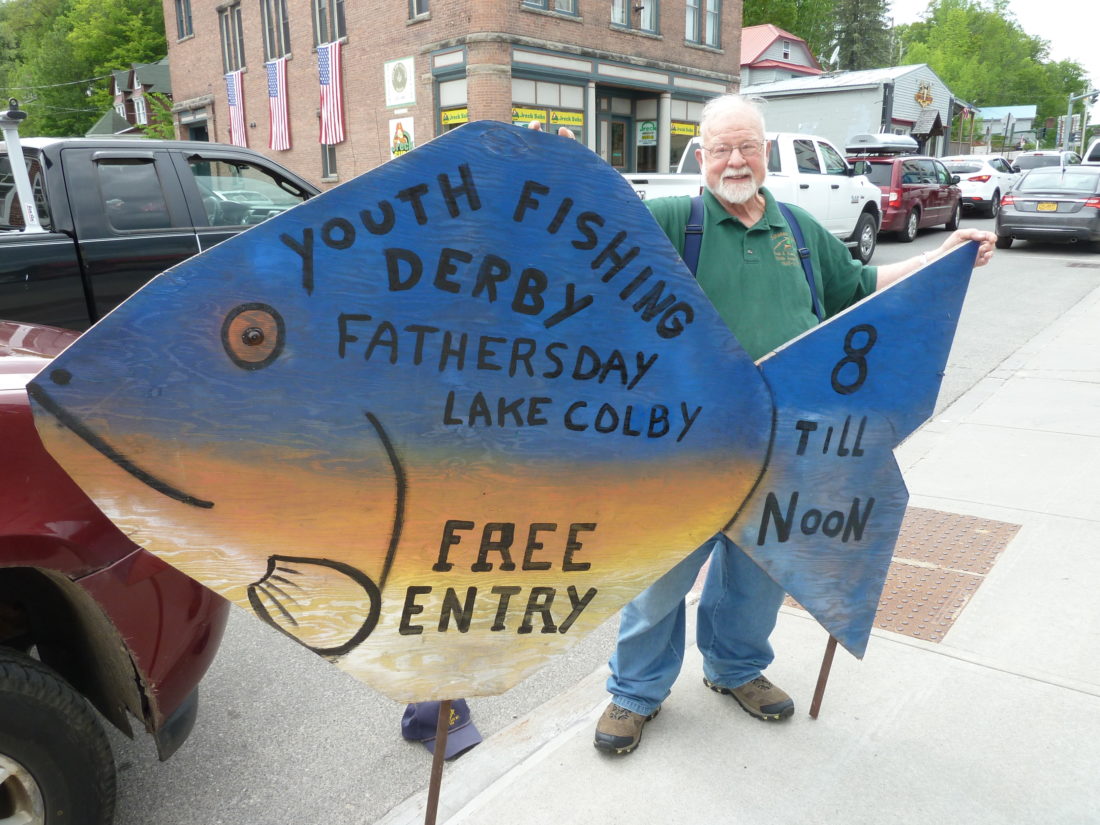 Bob Brown of the Saranac Lake Fish and Game Club poses in June 2017 with a wooden sunfish he made to promote the club’s annual youth fishing derby on Father’s Day. (Enterprise photo — Peter Crowley)

Bob Brown was one of the nicest guys you could meet — and you met him everywhere in Saranac Lake, because he was everywhere.

He was involved in all kinds of local projects, but beyond those, if you were hosting a public concert, dinner, fundraiser, hearing or roundtable and were wondering who would show up, it was a fairly safe bet that Bob and his wife Pat would be among the first to arrive.

He looked like Santa Claus and had the personality to match. He was so outgoing and garrulous that people opened up to him as well. He was so honest that you couldn’t be false with him. He was so friendly that he was surrounded by friends.

Bob’s death on Friday came as a surprise, Pat told us. He was 78.

Bob and Pat grew up in the Hudson Valley and came to Saranac Lake for North Country Community College, where Bob was one of the early faculty members, teaching sociology and anthropology. He also is remembered as the professor who would bring kegs to the parties, back when the drinking age was 18.

He and Pat never had children, biologically, but they took countless NCCC students under their wings, and some effectively became their children. Some of those students’ children call them Grandma and Grandpa, Pat told us.

Bob was passionate about hunting and fishing, and this was how many people knew him: perhaps as a state hunter training instructor, perhaps as organizer of the Father’s Day Fishing Derby at Lake Colby, perhaps as past president of the Saranac Lake Fish and Game Club or of the Franklin County Federation of Fish and Game Clubs. He was also effective at representing this area to the New York State Conservation Council and the state Department of Environmental Conservation: He informed local club members what was coming down from Ray Brook and Albany, and relayed local hunters’ and anglers’ concerns back up to policy makers. He was always easy to get a hold of and — no surprise — always willing to talk. He wanted everyone to know what was going on.

Sometimes people had cause to disagree with him because he didn’t hide his opinions, but he was always willing to talk about it and believed strongly in fair play. He was a staunch defender of gun rights, as the giant NRA sticker on the back of his SUV attested. He was also a staunch conservationist. He was a thorn in the side of the Saranac Lake Marina owners as he publicly proclaimed that their plan to build docks into Lower Saranac Lake’s Ampersand Bay would disrupt fish spawning. He also called out a hydroelectric company for damaging about 3 miles of trout spawning habitat on the Chateaugay River in 2006, when it released far more than the permitted amount of sand and silt from behind a dam.

The Saranac Lake River Walk was a pet project for Bob and Pat. They were leaders in bringing it about, and the River Walk became one of the reasons this village was honored as an All-American City in 1998 — and Bob and Pat were on the All-America City committee, naturally. For years afterward, they were leaders on the River Corridor Commission that maintained the walk, picked up garbage, planted flowers, helped second-graders with their garden and erected interpretive signs. We especially think of Bob every time we pass the signs about which fish one might catch in the Saranac River, and the bugs those fish like to eat.

The local Masonic Lodge was also very important to Bob, and he went out of his way to invite the public into its halls to lift its air of mystery and show everyone there was nothing to fear. Many remember him welcoming them to the Masons’ middle school essay contests or Winter Carnival pancake breakfasts.

Bob and Pat were Winter Carnival king and queen in 1999, the first of only two married couples ever chosen to be monarchs together — and deservedly so. They have been a wonderful team, prominent among those working tirelessly for this community. We miss him, too, Pat, but know that you hold just as special a place in the heart of this village. 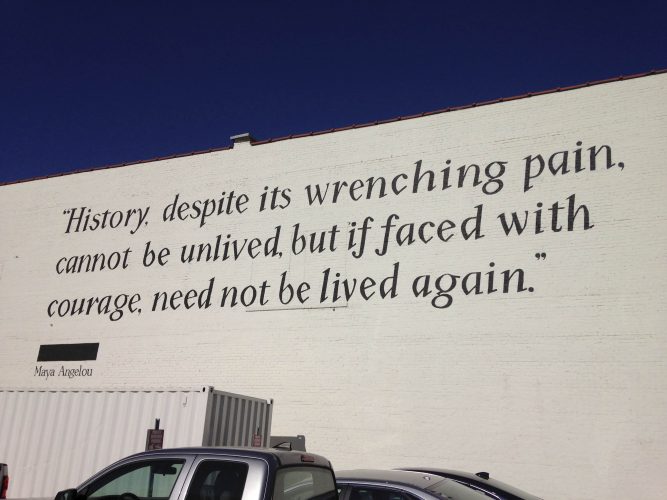