Moose hour is over 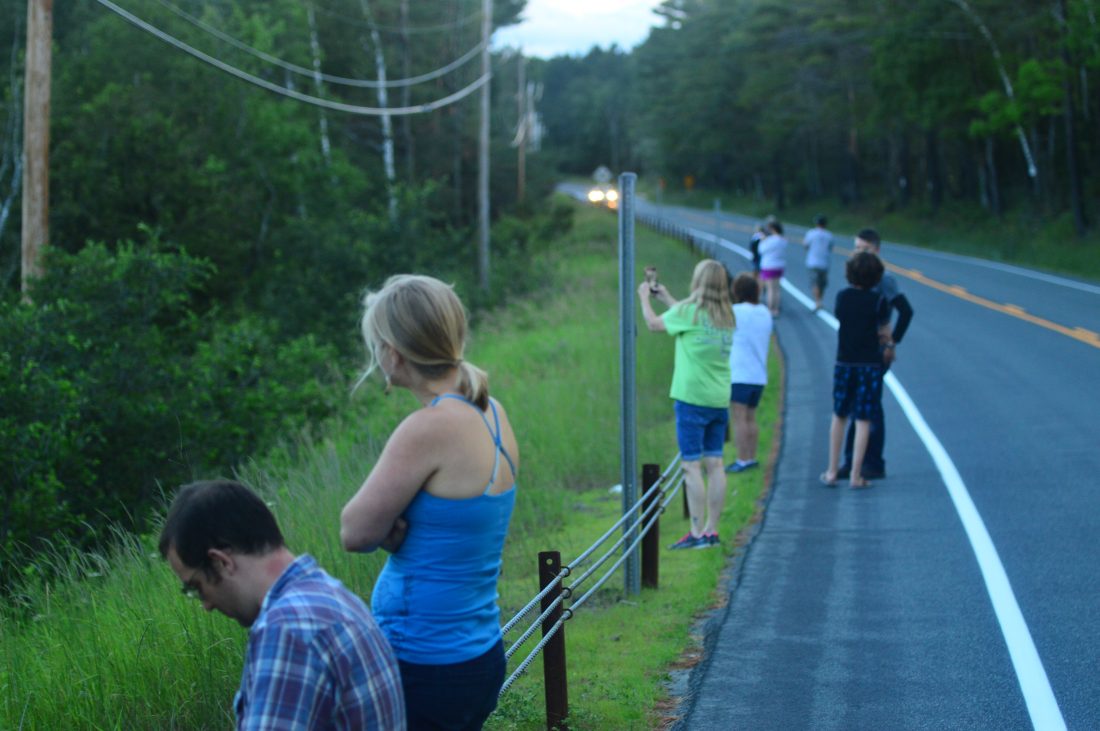 Moose sightings are rare in New York state. Many year-round Adirondack residents have never seen one, and even those who have often won’t miss the opportunity to see another. Then throw in thousands of visitors and part-time residents in peak tourism season, and you have a massive number of moose peepers.

Therefore, a young bull moose has drawn crowds over the past two weeks as he hung out near the Saranac River and state Route 3 outside Saranac Lake. Lots of people have posted their photos of it on social media, which has led more people to seek it out. It is indeed newsworthy that a moose would spend so much time in the public eye, so the Enterprise has published its own photos and news articles, always being sure to describe the size of the crowds so people know what’s going on.

Those crowds have caused traffic safety hazards. People have been parking on the roadsides, slowing down to gawk and honking horns at those who slow down. Kids and adults have been running across this winding two-lane highway. Also, this particular location has extra truck traffic serving the Trudeau Sand and Gravel business right there and the Upstone quarry up the road.

State troopers were called out there multiple times to address these problems, and finally they realized that they cannot let it go on. It’s a recipe for a tragic accident. On Thursday, they shut the area down to moose peeping. Cars are no longer allowed to park there, as communicated by temporary “no parking” signs, and a trooper is posted there to uphold that.

Some people aren’t happy about this, as expressed in comments on our Facebook post about the news. They want to see a moose, which is understandable since these huge beasts are so unusual, stoic, even kind of majestic. But we think the troopers are doing the right thing. The crowds obviously created an unsafe situation, and State Police can’t risk letting it go.

It also may be good for the moose. The crowds might have grown, and some less honorable gawkers may have tried to harass the young bull. He doesn’t deserve that. Or maybe amid all this attention he will lose his fear of humans, which could get him into trouble in the future.

Too often, wild animals pay the price when a situation between them and humans gets out of control. Sometimes they get tranquilized and moved. Sometimes they end up dead: maybe after they react to people in unacceptable ways, like bears raiding campsites, or maybe because they are sick or injured, like a moose in the Wilmington Notch in 2012.

We’re glad that in this case, state troopers are making people back off instead of the moose. He’s had enough time in the spotlight. Let him be.