Thanks for bringing baseball back 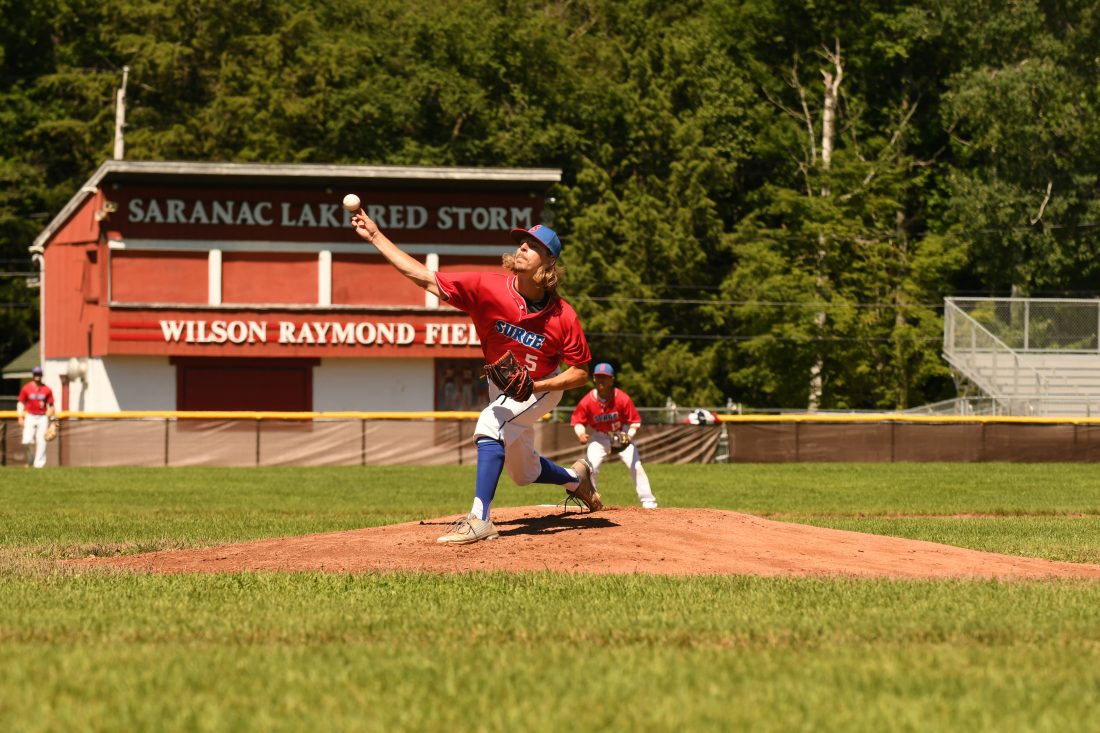 We were excited to see a great big crowd of more then 300 people at the Saranac Lake Surge’s first home game on the Fourth of July. It’s wonderful to have so many people proud of our new pro baseball team.

And even though the team lost that home opener, they swept the rest of this home stand, winning their next five in a row over the weekend against the same team, the Road City Explorers of Puerto Rico. They’re playing better all the time.

Public thanks are due to Saranac Lake Mayor Clyde Rabideau, who arranged to bring the team here; to local businesses that donated money so kids under 16 years old can attend all home games for free (for adults it only costs $5); to Paul Smith’s College, which is housing the players; to those who overhauled the school ball field and even poured new concrete slabs to go under bleachers and dugouts; to the people who run the concessions (inexpensively priced, by the way); and to those who help out in small ways like running kids’ contests between innings. We greatly appreciate these efforts.

The Surge will be back on their home field July 16-19 for a four-game series against the Puerto Rico Islanders. Then on Sunday, July 21 they’ll host this year’s All-Star Game and Home Run Derby for the Empire Pro Baseball League, starting at noon. Then they’ll host the Plattsburgh Thunderbirds every day from July 24 to 28, and then they’ll host Road City again for two doubleheaders on July 29 and 30. Mark your calendars, and come on down to the ballpark on Petrova Avenue.