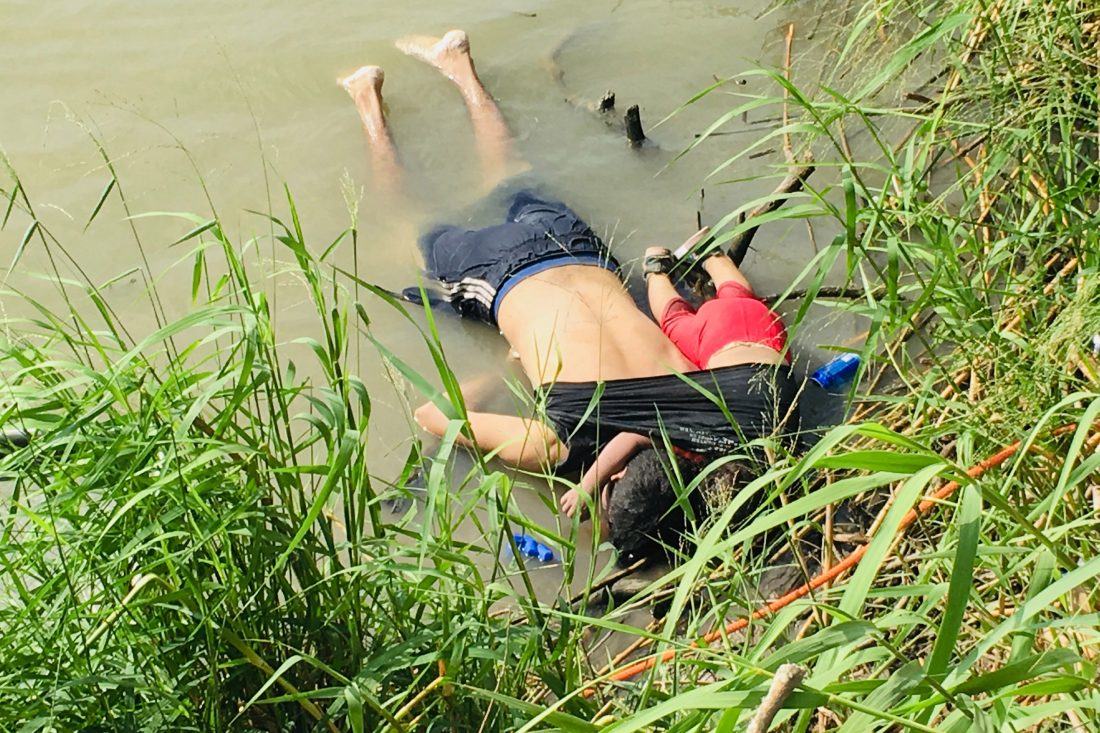 The bodies of Salvadoran migrant Oscar Alberto Martinez Ramirez and his nearly 2-year-old daughter Valeria lie on the bank of the Rio Grande in Matamoros, Mexico, Monday after they drowned trying to cross the river to Brownsville, Texas. Martinez‘ wife Tania told Mexican authorities she watched her husband and child disappear in the strong current. This photograph was first published in the Mexican newspaper La Jornada. (AP photo — Julia Le Duc)

A quote in an Associated Press story struck us this week: “Photojournalism is full of images which have illuminated the gravity of a situation, made it less possible to ignore it or spurred both ordinary people and policy makers to action.”

This quote by Human Rights Watch Director Corinne Dufka was especially true and timely as the heartbreaking image of two drowned Salvadoran refugees, a man and his 23-month-old daughter, was captured by journalist Julia Le Duc at the Rio Grande.

We don’t run photos from the Associated Press very often but felt in this case that although it was a very difficult photo to look at, it may help put a human face to a problem that’s thousands of miles away as Washington debates how to handle funding that is urgently needed to prevent the humanitarian emergency on the U.S.-Mexico border from worsening. Money for border funding runs out in a matter of days.

As journalists in 2019, there are many ways to help readers better understand what we report on, to engage them and put them in the story.

“Images have a way of piercing through indifference and unlocking empathy and shame that can be catalytic drivers of policy,” Suzanne Nossel, CEO of the literary and human rights organization PEN America, said this week in an Associated Press article.

Senate Minority Leader Charles Schumer stood by a blown-up copy of Le Duc’s photo Wednesday as he called for the passage of a $4.6 billion border funding bill.

“You can have statistics about a given issue, like how many children are being held in refugee camps. But then you have an image and it makes it all human,” said Mark Lubell, executive director of the International Center for Photography.

We hope the image turns heartbreak into change.