Keegan should be good for NCCC 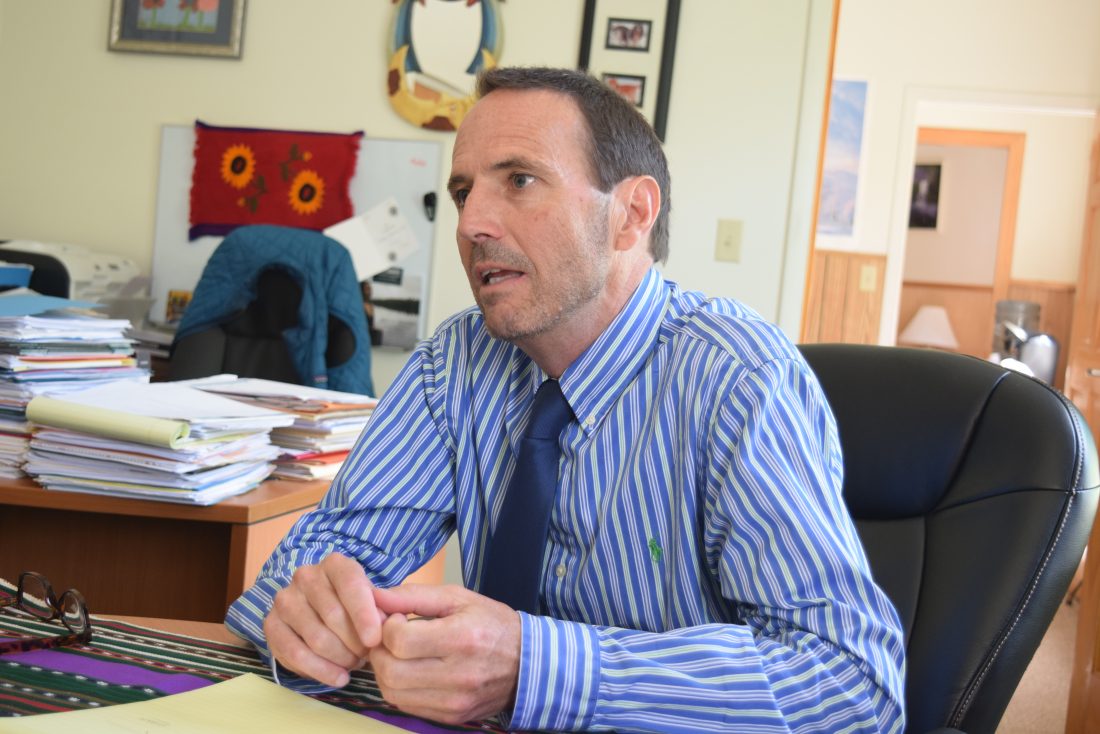 We really enjoyed getting to know Joe Keegan on Monday, his first official day as president of North Country Community College.

Somehow, in all the years we and he have lived in Saranac Lake, we didn’t know him very well before. But loads of other people do, and we hear nothing but praise for his appointment: from both within the college and out in the community.

In our interview, he came across as humble and thoughtful — a nice guy. He also has an everyman quality to him with an upstate New York twist. He’s clean-cut but with perpetual stubble. While he wore a tie at our interview, the clothes he wore to a recent Franklin County board meeting were quite casual. A Grateful Dead live show played on his computer throughout our interview.

It doesn’t feel like a cultivated image but rather just who he is. He’s a Paul Smith’s College dropout who, after many years waiting tables in Saranac Lake, went back to school at NCCC. He then went on to bachelor’s and master’s degrees — but no Ph.D — and then teaching at NCCC: first as adjunct, then faculty, then vice president.

He knows this college as well as anyone and can relate to anyone here from top to bottom.

He’s deeply involved in the micro-workings of the college but willing to admit he doesn’t yet have a plan to solve bigger problems, such as convincing state lawmakers to give community colleges the one-third funding share they’re supposed to, or convincing county and state officials to finally, after way too long, renovate NCCC’s Saranac Lake campus.

He said his approach to these things would come down to one thing — relationships. He already knows many county and state leaders, and will get to know others. We asked him what his sales pitch to them would be, and he said he doesn’t really have one. He said he’ll simply ask what the college can do to help.

He’d also mention that giving education to more residents of Franklin and Essex counties would eventually mean the counties wouldn’t have as many poor people to support with programs such as welfare, foster care and Medicaid.

Speaking of grounded, “laying the groundwork” seems essential to his approach. When asked what he would like his legacy as president to be, he paused for a long time and then said, “that we laid the groundwork effectively for the next 50 years of the college.”

He’s more about the foundation than the clock tower. That sounds pretty good to us.

We also like his background as VP of academic affairs and his respect for the faculty — he insisted several times that it’s the faculty’s role to decide which new programs the college should pursue. Yet we believe he would be a valued contributor to those discussions, which will be critical in accomplishing NCCC’s No. 1 goal — increasing student enrollment.

NCCC has often been neglected and taken for granted but it is one of the most important engines of improvement this area has. Demographic studies make clear that while the Adirondack Park does fairly well economically, compared with other rural parts of the state and nation, it falls behind on young people. Adirondack towns have a higher average age and lower ratio of children to adults of childbearing age, according to a recent study by environmental group Protect the Adirondacks.

People here would do well to keep more of our young people here after they graduate high school and to attract more young people to settle down and make their lives here. That means the Adirondacks’ two colleges, North Country and Paul Smith’s, have huge roles to play.

Having Joe Keegan lead North Country makes us optimistic about the future.