Time for representative government at the APA 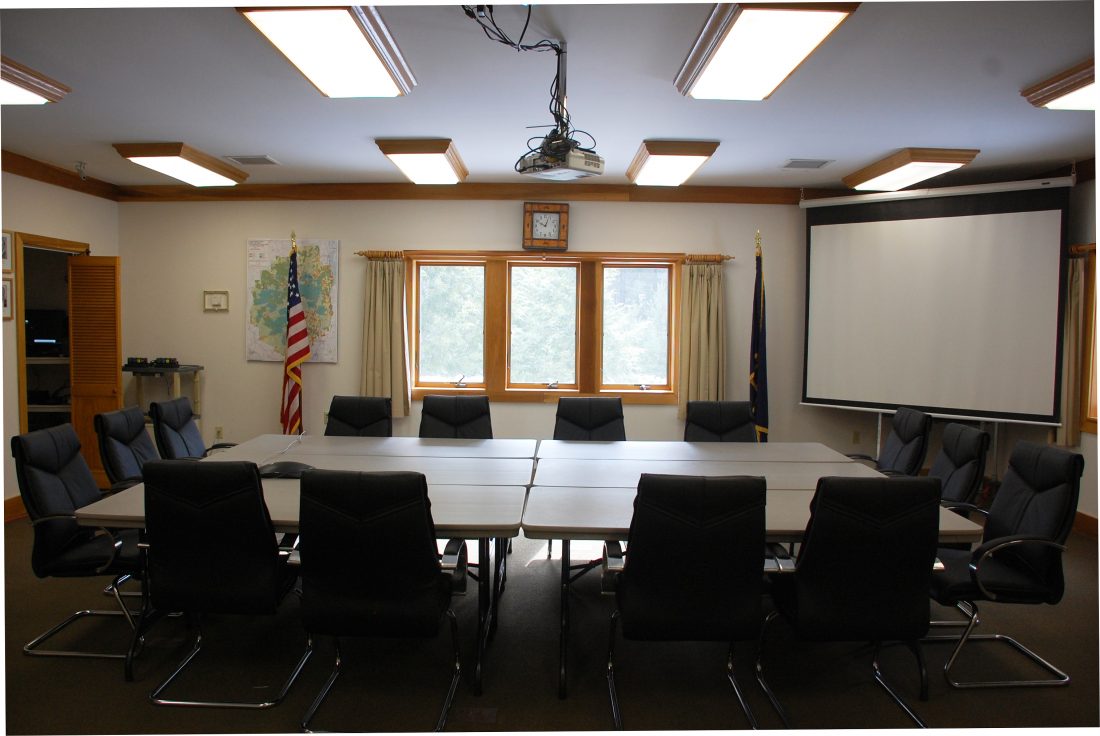 The Adirondack Park Agency board table in Ray Brook used to be the prime forum for discussing and deciding the park’s big debates, even though its members were appointed by the governor. Lately the board has been relatively boring, but letting Adirondack residents elect members could enliven things — and finally make it a representative government. (Provided photo — Keith McKeever, Adirondack Park Agency)

Governors have, for a long time, had a hard time keeping up with churn on the state Adirondack Park Agency board. But now it’s gotten really bad.

Seven of the governor’s eight appointments to the APA board were set to be up in the air this summer, which means Gov. Andrew Cuomo could potentially reshape the agency for years to come. Adirondack green groups are calling for him to add more environmental lawyers, environmental resource managers and all-around conservationists. Some of those green groups also say the APA board needs to be more independent, arguing that it’s become subservient to the Cuomo administration, including tourism business interests and the state Department of Environmental Conservation.

Then acting board Chair Karen Feldman resigned suddenly and without explanation — our reporter Justin A. Levine broke that news Tuesday. Feldman had missed last week’s board meeting Thursday and Friday. Commissioner Art Lussi of Lake Placid, who filled in for her as chair, said he didn’t even know why she had left.

She didn’t return most reporters’ phone calls, including ours, but she did talk to reporter James M. Odato of the Adirondack Explorer, telling him her reason for quitting was a pay dispute. She had been serving as acting chair since July 2018 but collecting only her $5,000 annual allotment as a commissioner as opposed to the $30,000 salary given the chair. As state officials prepared to nominate her for chair, she wanted back pay and wasn’t getting it, so she quit at the beginning of last week.

She made her decision, and it is what it is. The reason we’re writing this editorial is not to judge her decision but to comment on the mess the governor has gotten the APA into.

It’s a serious design flaw that the governor is in charge of each of the board’s 11 members. Eight of them he directly nominates. Even though the state Senate must confirm them before they start, no one else can pick them — and if their terms expire, he can leave them in place for years without bothering to re-nominate. The other three board members are designees of state agencies that are part of executive branch, underlings of agency commissioners appointed by the governor — so he’s in charge of them, too.

Now three of those eight directly nominated board seats are vacant, and four of the other five are serving expired terms. Keeping so many of those expired-termers on so long was both a dereliction of the governor’s duty and an unfair exercise of his power — after all, no one can make him pick anyone other than those who he clearly sees as tried and true.

Yes, some APA board members have been independent and kept their own judgment, but Cuomo is a notorious micromanager. For years, insiders have said he gives marching orders to the APA board.

If true, this would make being on that board pretty lame. Since the pay is only $5,000 a year, one would think the think the main reason to do it would be to make a difference. But if it’s just following orders, the people who would want it may not be the ones the public wants.

To whatever degree that is true, we are not alone in observing that the APA has been remarkably quiet in recent years. It has had big matters to deal with, like classifying the former timberland tracts the state bought from The Nature Conservancy, but its board meetings, in general, have been surprisingly boring.

The APA board table used to be the prime forum for discussing and deciding the park’s big debates, but no longer. The fiery public comment sessions seem to be gone, too.

The Common Ground Alliance movement, as great as it is, hasn’t erased people’s opinions about property rights and preservation. These differences of opinion are still real, but the APA board is not wrestling with them as much as it used to — not in public, at least.

The APA is meant to be controversial. It both advises and polices private property owners, local governments and other state agencies — primarily the Department of Environmental Conservation — on what they’re allowed to do inside these 6 million acres. If that work is boring, then someone is slacking — the agency, those being policed or both.

The remedy to this malaise is democracy. The governor shouldn’t be the only New Yorker who decides these things. Let’s change the APA Act to let residents of the Adirondack Park elect APA board members — at least the four who are required to live in the park full-time.

Structuring that kind of election may not be easy, but it’s doable and justified.

As it is, the APA board doesn’t reflect much range of viewpoints and expertise. Environmental groups complain about this, but they haven’t supported electing board members because they fear Adirondackers would choose property rights warriors who would try to declaw the agency.

This shouldn’t be about today’s political climate; it’s a structural change that will make the APA more just for generations to come.

Also, those environmentalists might be surprised. Adirondackers care plenty about nature and preventing harmful development, and there would still be plenty of checks, balances and other voices.

Let’s reawaken the discussion, real and open — as it should be in a government of the people.