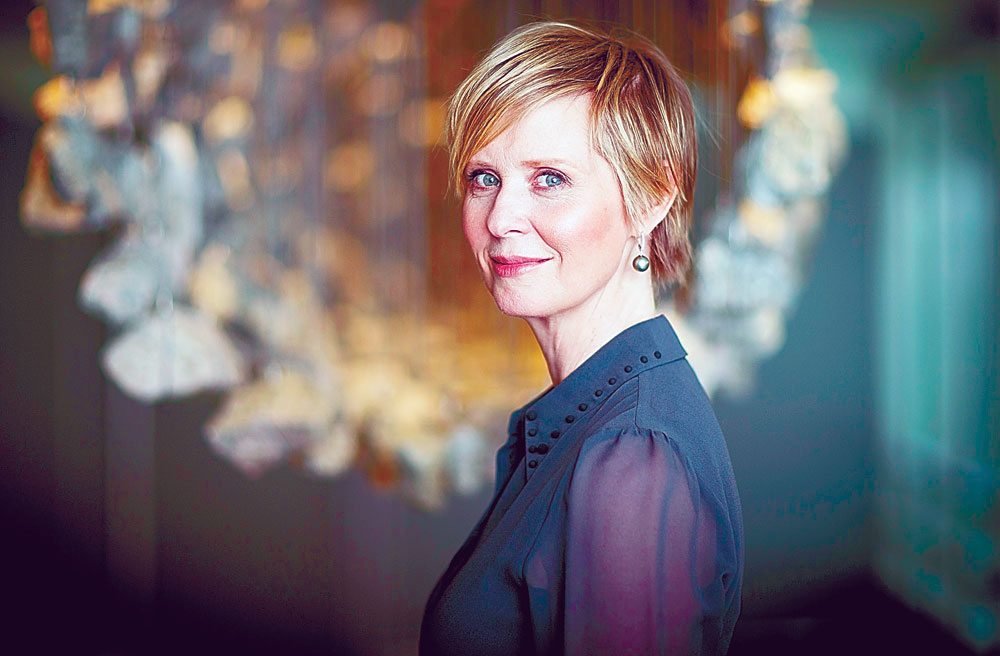 Much is being made of Cynthia Nixon, the former “Sex in the City” actress who is challenging New York Gov. Andrew Cuomo in a Democratic primary in September. Her campaign machine has ramped up big-time while his hasn’t, despite his $30 million campaign war chest. Her entry has already made the Democratic primary a nationally watched race.

Yet a Marist Poll this week found Cuomo leading Nixon by a whopping 47 points, with 68 percent of New York Democratic voters being for him, 21 percent for her and 11 percent undecided in a hypothetical party primary.

Yes, this is just a poll, and an early one at that. But consider that in the same poll, most of the 700-plus voters surveyed (54 percent, including 39 percent of Democrats) don’t think Cuomo deserves to be re-elected. They want someone else — but few want Nixon.

We, too, have mixed feelings about Cuomo but think Nixon is a deeply unqualified candidate who doesn’t deserve the attention she has received. Yes, she’s famous, but voters know what’s at stake: New York needs a leader who can root out corruption and spend public money smarter, improving services and reducing taxes that send entrepreneurs scrambling to other states. Even at a time when Americans elected a president who had never worked in government before, we don’t think New York voters will choose a governor with such a measly resume as Nixon’s.

And such a meager understanding of upstate.

To back up the claim that “Cynthia is no stranger to upstate,” her campaign strategist Rebecca Katz gave the New York Post this example: Nixon stayed at a Skaneateles bed and breakfast in February.

Yes, that’s the best she could do.

Asked where upstate begins, Nixon told reporters, “somewhere around Ithaca.” Granted, many New Yorkers dispute where the line is, but few believe it’s much farther north than Poughkeepsie.

It also must baffle rural residents to hear Nixon claim that the current state of marijuana law is racist.

“There are a lot of good reasons for legalizing marijuana, but for me, it comes down to this: We have to stop putting people of color in jail for something that white people do with impunity,” she said in an official campaign video.

Anyone who lives in the North Country knows white people get arrested all the time for possessing and selling pot. It’s documented in the Enterprise’s daily police calls on page 3. Maybe Nixon knows of places where cops let white people smoke weed but bust black and brown people for doing the same; if so, she should say where she’s talking about. It’s not here.

With this ignorant statement, Nixon insults the people working hard on the very real issue of racial inequity in our justice system, and also those engaged in the serious debate over whether and/or how to legalize marijuana. Those are complicated questions.

Thankfully, there are other candidates. Two Republicans are officially running: Dutchess County Executive Marc Molinaro and Sen. John DeFrancisco of Syracuse. Both have strong resumes and thorough understanding of government, as does former Syracuse Mayor Stephanie Miner, who is taking steps toward entering the Democratic primary race. Meanwhile, Syracuse activist Howie Hawkins is making a third run on the Green Party line.

It’s been far too long since New York had a close race for governor. In 1994, George Pataki came out of nowhere to edge Gov. Mario Cuomo, but that’s the only time the final result was within 15 points since 1982, when Mario Cuomo won his first of three terms. After two easy victories by our current Gov. Cuomo, we’re due for a real reckoning. If he wins that, so be it, but in a state this blue, Democrats need to produce a better primary challenger than Nixon.