Don’t rush into another rail-trail battle

The Adirondack Park may soon have a second rail-trail debate to fret over. God help us all.

Many people in Warren County, including some local government leaders, are now seriously considering converting part of the railroad between North Creek in Saratoga Springs into a recreational trail for biking, walking and possibly snowmobiling. Several Adirondack environmentalists have already pushed this idea. The county owns part of the railroad corridor and leases it to Iowa Pacific Holdings, which runs the Saratoga & North Creek Railway.

“The prudent thing at this stage is to begin to investigate whether a recreational trail should be created, by whom, at what cost, for which users, and how to pay for its creation and maintenance,” Bolton town Supervisor Ron Conover, chairman of the Warren County Board of Supervisors, recently told North Country Public Radio. He has started a committee to look into this idea.

Many Warren County residents are disillusioned with the Saratoga & North Creek Railway for not delivering the robust train service and tourism boost that was expected when the service began in 2011. A bigger turning point came last year when Iowa Pacific started making money on the tracks in a different way: by storing out-of-service tanker cars on a stretch of track in the Adirondack backcountry. That has drawn heavy criticism from locals, environmentalists and politicians including Gov. Andrew Cuomo and U.S. Sen. Chuck Schumer. Under pressure, Union Tank Car promised to remove its cars, roughly 80 of them, but Iowa Pacific says it plans to find up to 2,000 more cars to park there — unless the state buys that stretch of railroad from it.

Some, including the Post-Star’s editorial writers, have compared this to a hostage-ransom situation, but at the same time the Glens Falls-based newspaper recommended that the state go ahead and buy it.

It’s understandable that this resistant railroad company’s neighbors start thinking about replacing these train tracks with something else. But we in the Tri-Lakes area can attest that such a project would probably be a major headache.

For one thing, proponents may discover that railroad supporters are more numerous and fight more passionately than they thought. Trail advocates learned that up our way.

Second, it’s almost impossible to determine how popular a recreational trail would be. Comparable “rail trails” often (not always) involve major cities, which boost user numbers. To invest tax money into such a project could be risky.

On the surface, the Saratoga & North Creek Railway would seem to be a good business prospect, especially in winter. With an Amtrak connection, a skier could get from New York City to North Creek, a seven-minute shuttle ride from the justifiably popular Gore Mountain Ski Center, in just six hours (three hours and 45 minutes from NYC to Saratoga Springs and 2:15 to North Creek, not counting layovers). By contrast, the train route to Lake Placid (via Utica, Old Forge and Tupper Lake) would be much more circuitous. Even if the state spent the many millions of dollars on repairs needed to make it viable, the trip would likely take around 10 hours (4:30 to Utica and a 30 mph, 150-mile trip to Lake Placid, with stops).

Of course, maybe another train company could do a better job than Iowa Pacific, but are any others waiting in the wings? If so, they should come forward; railroading’s reputation could use some burnishing in upstate New York.

And what about a converted rail trail? Maybe, with bustling Saratoga Springs as an anchor, it would be a hit, but there’s really no way of knowing. It could be good for fitness, snowmobile tourism and real estate — having such trails nearby can be a selling point for houses — but how much would it cost? And would taxpayers have to bear it?

In our part of the Adirondacks, after years of heated debate, state agencies approved a plan to convert 34 miles of railroad into a multi-use trail between Tupper Lake and Lake Placid, and to upgrade 45 miles of tracks for train passenger service between Tupper Lake and the Old Forge area. But just as the state was just about to begin work, a judge ruled in favor of a lawsuit by the Adirondack Scenic Railroad, a nonprofit company that runs tourist trains on those tracks. The state is considering an appeal.

Keep in mind that in our case, the state owns the railroad corridor it planned to modify, pretty much 120 miles all the way between Lake Placid and Remsen (except one small portion in Saranac Lake). It might not be quite so simple between Saratoga Springs and North Creek, where the tracks have a mix of private and county ownership.

Honestly, this debate has been a mess, and we wouldn’t wish it on anyone. The Warren County Board of Supervisors should take its time and look at our situation before making any rail-trail decision of its own.

It shouldn’t be that hard. When a person goes above and beyond the call of duty to do admirable work, that person ...

Many U.S. colleges and universities are preparing to reopen for the fall semester, with in-person classes scheduled ...

Debate over a new coronavirus relief package continues in Congress and at the White House. Disagreements are both ...

We love to travel and get together with friends — especially in summer. After six months of winter hibernation ... 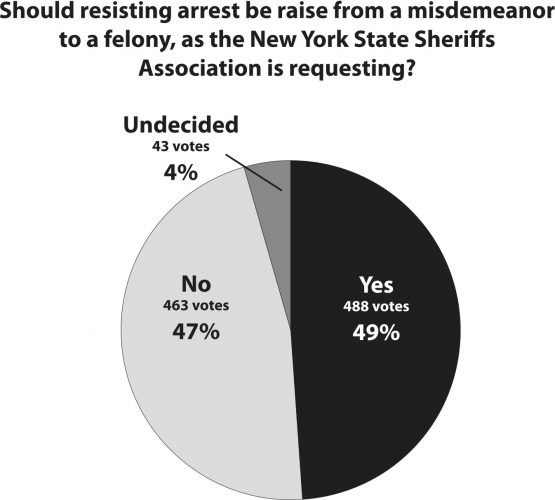