Robbery at the Hotel Saranac (December 1975)

I love this picture of the Hotel Saranac. The hotel was about three years old at the time because the newest motor car in the photo is probably a 1930 model. The hotel was built in 1927. The beautiful old Odd Fellows Hall is located where the Hotel Saranac parking lot is today. There used to be great summer theater there, produced and directed by Joan Frank. (Photo courtesy of the Adirondack Room of the Saranac Lake Free Library) 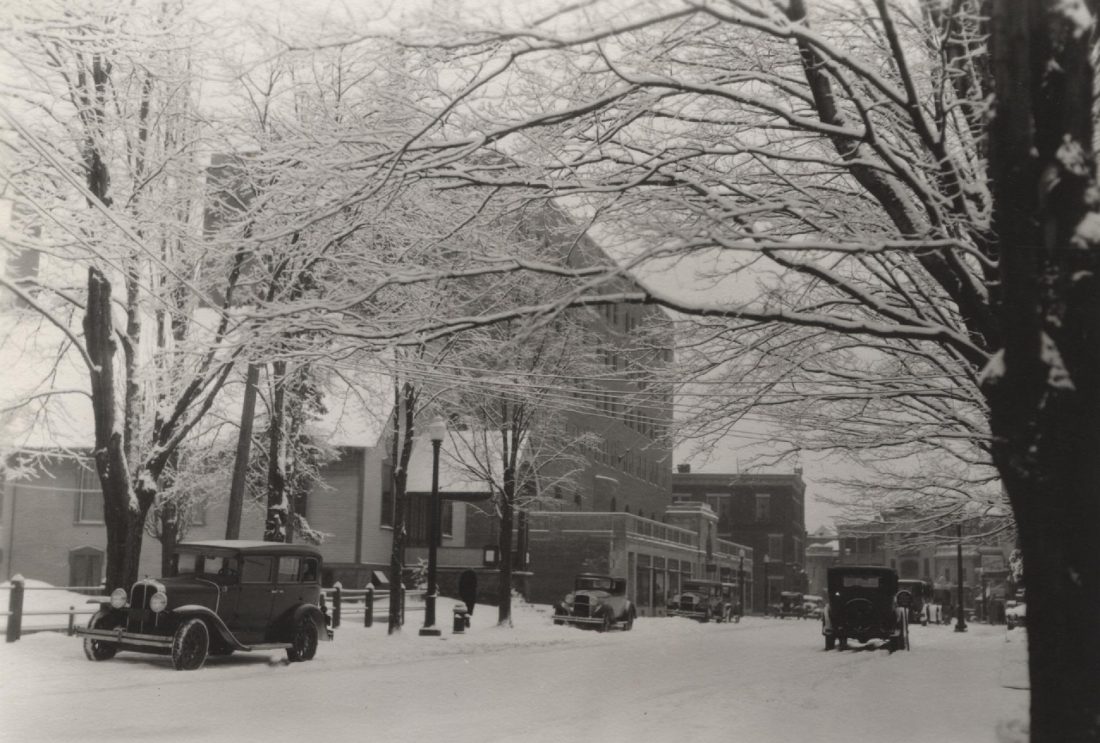 I love this picture of the Hotel Saranac. The hotel was about three years old at the time because the newest motor car in the photo is probably a 1930 model. The hotel was built in 1927. The beautiful old Odd Fellows Hall is located where the Hotel Saranac parking lot is today. There used to be great summer theater there, produced and directed by Joan Frank. (Photo courtesy of the Adirondack Room of the Saranac Lake Free Library)

I certainly don’t want to upstage the Roedel family (owners of the hotel) with this 45-year-old story that they may already know. But just imagine if those old walls could talk — right through the beautifully restored hotel that dominates Main Street today.

According to the Enterprise, this is what happened on that cold December morning so long ago:

“Three men, one of them armed with a six-inch blue steel revolver, robbed the Hotel Saranac of $456.40 this morning.

“According to police, the three men, one white, two black, entered the hotel at approximately 5:10 a.m. today.

“Night clerk Richard Pelligrino, as he tells it, was asleep on a couch and student night clerk [the Hotel was then owned by Paul Smith’s College] Robert Badois was working behind the desk. 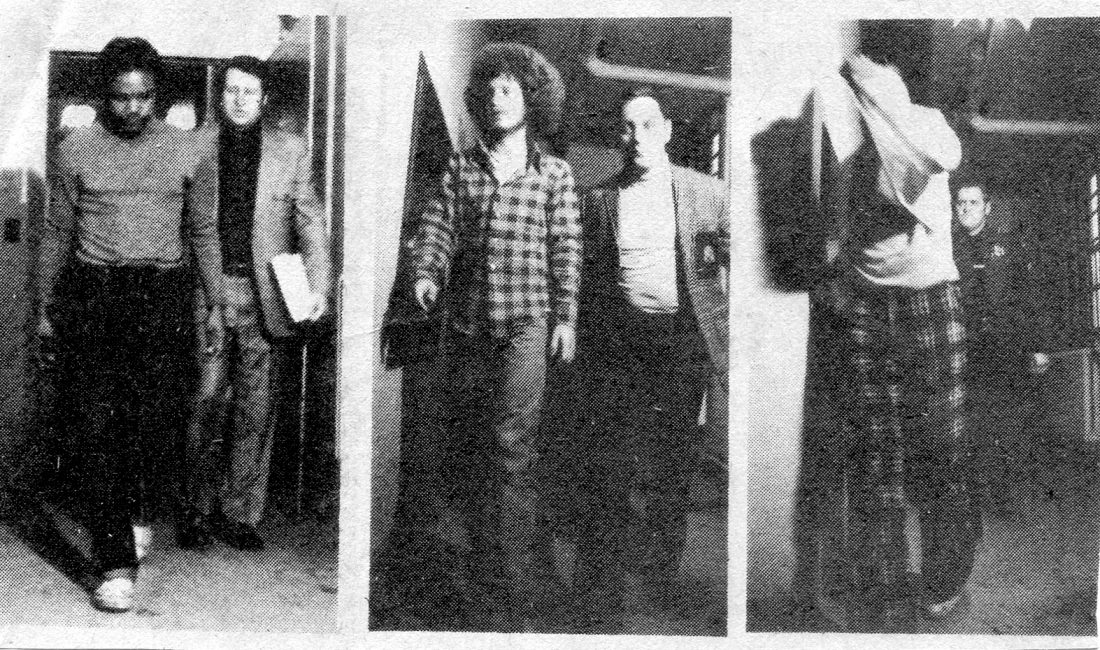 “Pelligrino said he woke to find Badois being held at gunpoint, the student’s eyes being covered with a strip of tape. The white robber, whose face was partially obscured by a scarf and who was in possession of the revolver, was instructing Badois to open the cash drawer which contained $306.40. The additional $150 was in $50 portions in three bank bags.

“Pelligrino considered making a break because the robbers had not seen him, but he deduced that making any sudden moves might result in his being shot, so he disclosed his presence by saying, ‘Hey, I’m over here.’

“Soon, Pelligrino was on the floor behind the desk with Badois, and both were bound with tape.

“Before the robbers made their get-away, one of them removed $6 from Pelligrino’s pocket. However, another of the robbers said, according to Pelligrino, ‘Don’t take his money,’ and the $6 was returned.

“The two clerks worked free of their bounds by 5:25 a.m. and called the village police. There was an officer on the scene within three minutes, the state police were notified, and roadblocks were set up.

“At 11 a.m., local police and Bureau of Criminal Investigation officers were with Pelligrino reenacting the scenario of the crime, and the investigation continues.

“Village Police Chief Gerald Oxford has asked that anyone who may have seen persons in the vicinity of the hotel around the time of the robbery please contact law enforcement officials.”

“One week to the day after the Hotel Saranac was robbed, three suspects have been arrested.

“All are in the Franklin County jail waiting for the setting of bail by County judge Ellsworth Lawrence. They were remanded to jail after waiving a preliminary hearing when arraigned this morning before Village Police Justice Karl Griebsch [a former New York state trooper]. They were represented by Franklin County Public Defender Wyngar Dugan [also a former New York state trooper].

“In what Saranac Lake Police Chief Gerald Oxford called ‘good solid police work and a team effort,’ Saranac Lake Police Detective Gil Miron and BCI Investigators Muldoon, McAuliff and Cavallaro conducted ‘a day and night investigation since the occurrence of the robbery’ in which approximately $450 was stolen from the Hotel Saranac on December 10 while two night clerks were held at gun point.

“Furthermore, ‘based on the investigation at this point,’ according to Chief Oxford, a warrant has been obtained for the arrest of Shelty, also on a charge of robbery in the second degree.

“Chief Oxford added that he was pleased with the cooperation of local and state law enforcement officers on the case and ‘with the diligence and professionalism displayed by Detective Miron and his conduct of his investigation.”

Last week in this space I identified former Saranac Lake Police Sgt. Jim Law as my cousin. I was questioned by about 300 Irish relatives how that was; you see, Jim married my cousin Robin Hogan, which means he is now within the third degree of kindred, thrice removed as cousin because Robin’s father, Francis, the famous postmaster of Rainbow Lake, is my second cousin. His grandmother, Esther Keegan Hogan, and my grandfather Billy Keegan were brother and sister.

Francis’ father Bill and his brothers Pat, Dick, Hank, Tom and Francis, and sisters Margaret Buckley [Tom’s mother] and Bid Ryan were all first cousins of my mother Elizabeth McKillip Keegan Riley. … I hope this brief explanation clears up any confusion about my cousin Jim.

My niece Lisa Riley Littlefield Gillis gave me a beautiful wooden plaque for my birthday Monday inscribed with this compliment: “I’m Irish, therefore incapable of telling a short story.”