This is the Elmer B. Rogers grocery store and post office, located just past the Church of the Nazarene on Route 3 in Vermontville. (Photo from the town of Franklin archives) 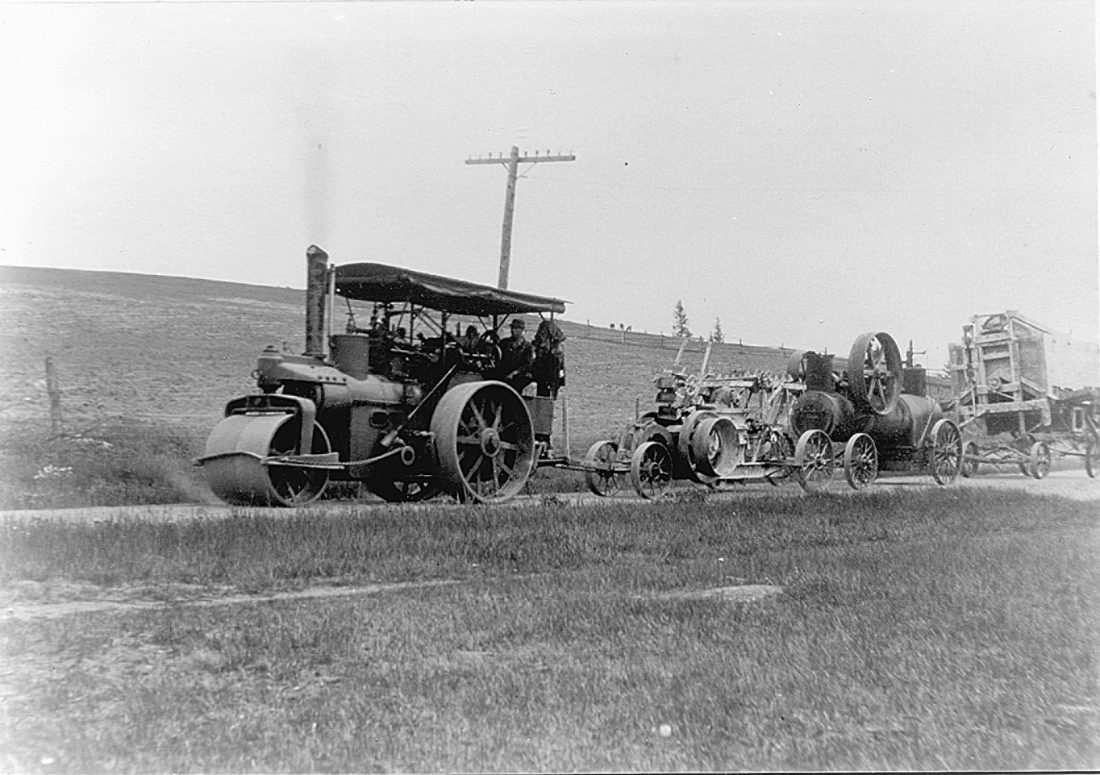 I started out looking for pictures of Norman Ridge — that 2-mile stretch of road that connects Vermontville and the Fletcher Farm Road. It offers one of the most incredible views in the Adirondacks. Then I began the history tour … have not yet found the Ridge pictures …

A bit of reliable hearsay came my way leading me to a trove of photos and books in cardboard boxes, six boxes so far, cataloged and stacked in a closet in the Franklin Town Hall in Vermontville … the former schoolhouse.

Being the clever sleuth that I am, after receiving that information, I immediately contacted Franklin town Supervisor Dorothy Brown, a gracious and friendly woman who gave me access to those storied boxes.

And by the way, don’t mess with Dorothy; her daughter Sarah Brown and her son Keith Brown are New York state troopers. 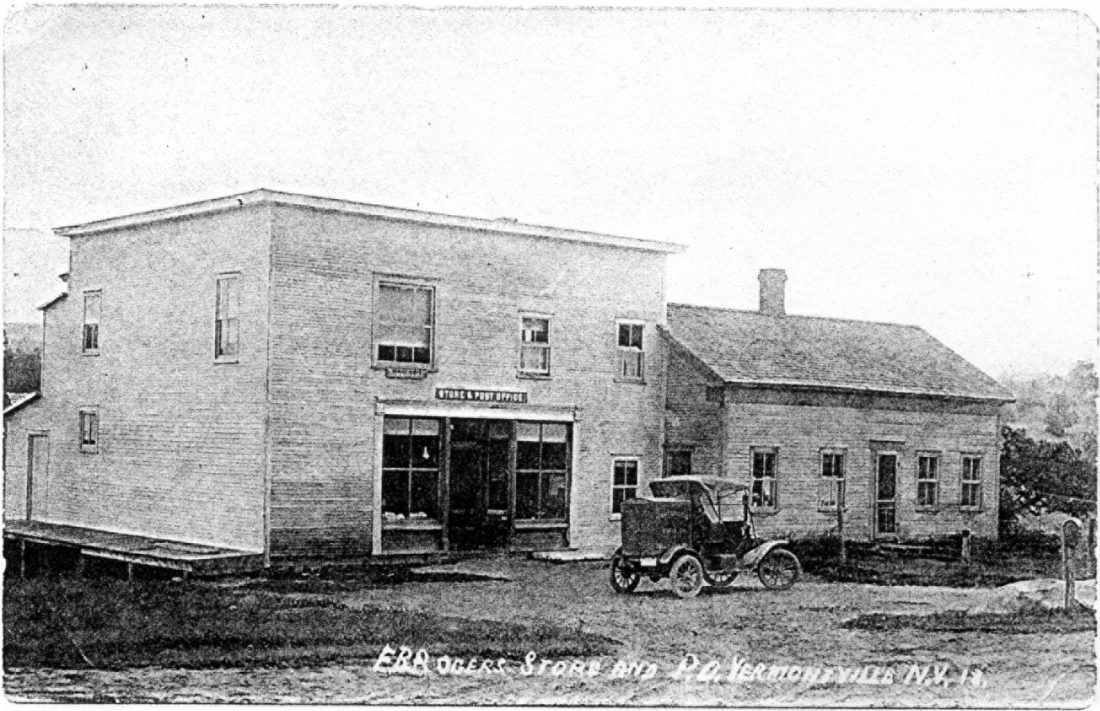 This is the Elmer B. Rogers grocery store and post office, located just past the Church of the Nazarene on Route 3 in Vermontville. (Photo from the town of Franklin archives)

There I go backing into a story again …

I have in my possession a 716-page, hard-covered book published by Franklin B. Hough, A.M., M.D., in 1853, eight years before the beginning of the Civil War. The following excerpts are from that brittle but beautifully bound book:

“A petition of John Porter, and others, inhabitants of the County of Clinton, was presented in the Assembly, February 4th, 1808, praying for the erection of a new county therefrom, by the name of Norfolk, [Herein lies a puzzle because ‘Norfolk’ was never mentioned again, even after my careful reading of the entire bill sent to the Assembly; perhaps it was the ‘model’ for the other petitions to be presented] and other provisions relating thereto, which was read, and with several similar petitions, was referred to a committee, consisting of Mr. Joshua Foreman of Onondaga, Mr. Elisha Arnold of Clinton, and Mr. Amos Hall of Alleghany, Genesee and Ontario counties. 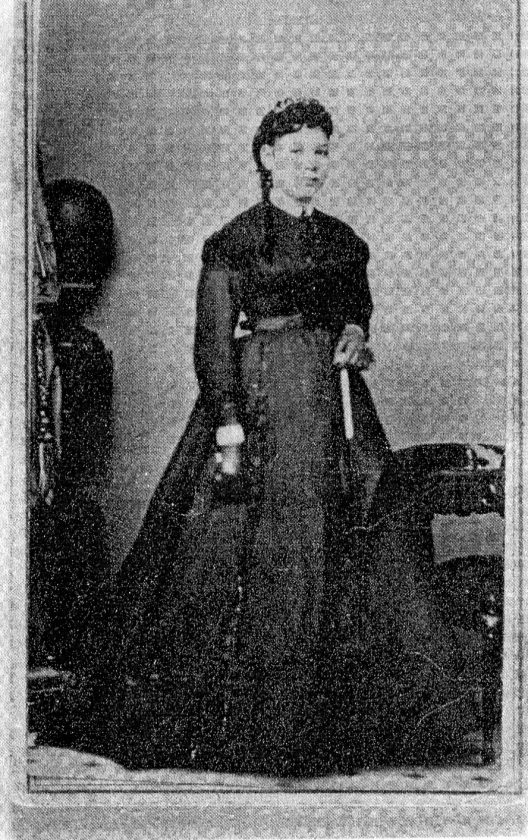 “On the tenth of February, Mr. Foreman, from the above committee, reported as follows:

“That they had taken the facts set forth in said petition, into consideration, and do find, that the settlements in the western part of said county are so remote from the site of the courts in said county, as to render their attendance extremely difficult, and burthensome [sic]; that the territory of said county is sufficiently large to admit a division, and leave to each county a territory equal to the general size of counties in this state …

“The committee are therefore of the opinion, that the prayer of the petitioners ought to be granted, and that the place of holding courts in the new county, ought to be established in the Town of Malone [formerly known as ‘Ezraville’]; the committee have therefore prepared a bill for that purpose, and directed their chairman to ask for leave to bring in the same.”

Now the bill is so long that I have to jump around a bit, but leaving in some of their great use of the English language.

“Leave being granted the bill was introduced …

“On the 15th the house as a committee, spent some time upon the bill, made amendments, filled up the blanks, and agreed to same, which he was directed to report to the house; and he read the report in his place and delivered the same to the table where it was again read, and agreed to by the house …

“It was then ordered that the bill be engrossed.”

Then the bill was read a third time to the Assembly, and then sent to the Senate and read for the first time, and days later was read a second time in the Senate. On that same day a Mr. Graham reported progress and asked to sit again. This was now Feb. 26. The bill had been introduced Feb. 4. On the 7th of March, Mr. Graham read the report with all the changes “delivered the same at the table”; it was passed by the Senate and sent back to the Assembly.

“On the 8th, it was by the Assembly referred to the council of revisions, and it subsequently received their sanction.

“Franklin county, was erected by an act, entitled:

“An act to divide the county of Clinton, and for other purposes.

Sorry, but this is in the book

Page 219: “The following remark, in relation to the origin of the name of this county, occurs in Spafford’s Gazetteer of the State of New York, published in 1813:

“It can hardly be necessary to say, that this county received its name from the illustrious Franklin; and that nothing was meant by attaching it to the least valuable county of this state, though the doctor, who always saw a meaning in everything, might be displeased with it, should he appear here in his butt of wine.”

Sir Google explains that a “butt” was a liquid measurement and that a butt of wine was actually a large cask or barrel, so when it was filled, one had a “buttload” of wine.

Vermontville was a bustling little hamlet when we had our farm on Norman Ridge in the 1930s. Elmer Rogers’ grocery store, the original Town Hall, is now gone. Montgomery’s gas station, but really a “convenience” store, carried a full line of groceries.

On Norman Ridge, if driving up from the Fletcher Farm Road, one would first come to Ray and Jeanette Laclair’s house and then John and Lucy Marten Norman’s, both on the left; then Adelaide and Peter VanCour’s on the right, and at the top of the hill was Walter and Mae Ward’s farm. Across the road was the Coslow farm; then down the road on the right was our farm, Dennis and Bessie Riley. Across from us was our great-uncle Tommy Keegan, later occupied by the the Earl Lawrence family. The Carney place, in the 1930s already empty, to the right of the road was where Beth and Ron Edgley’s mailbox is located, and then in the field to the left of the mailbox was the Oliver LaPradd farm. Across the road was Dave and Daisy Tucker’s home. Dave’s brothers Johnny and Bill lived with them. The last house and barn on the right as one heads down to Vermontville was later occupied by the same John and Lucy Norman (and their daughters Jean and Shirley), but I don’t remember who lived there before them.

Serving on the town board with Ms. Brown are Councilmen Richard Jarvis, Tom Bartiss, Donald Hamm and Leo Demong. Other officials are town Justice Roger Symonds (who I believe has been town justice since the town was founded in 1836), town Clerk and Tax Collector Lauren LeFebvre, Assessor Doug Tichenor, Superintendent of Highways Jacques J. DeMars and Code Enforcement Officer Paul Blaine.