The logo above tells it all — all about the second Winter Carnival held in Saranac Lake, in 1898.

Thank the Enterprise for doing a reprint of the entire 12-page, 1898 edition a few years ago, or that piece of history may have been lost forever, as happens to so many pieces of history.

These 12 pages have 40 photos of the events: decorated houses, hotels and sleighs — remember, no motor vehicles then — the inside of businesses; horses and oxen hitched in tandem, drawing big sleds; a picture of the first queen of the first Carnival (apparently no king), Hazel Fowler; and a picture of Miss Alice DeLisle, “winner of the prize for the prettiest costume at the Fancy Dress Carnival.”

This great piece of history was all created by Allen I. Vosburgh and Carl D. Smith, “Designers and Publishers,” Monday, March 14, 1898, as listed in the masthead.

Most newspapers today are printed in 9 or 10-point type. This type was in tiny — my guess is 6-point — but the writing was beautiful. 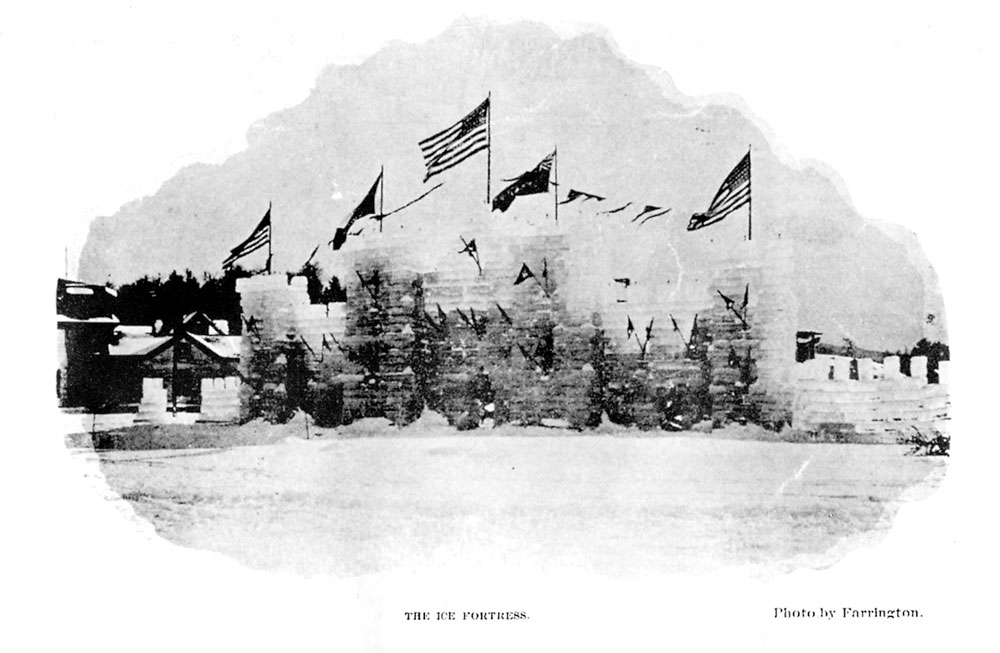 I am going to “back into the story” with this excerpt:

“The storming of the fortress made a glorious final climax for this grandly successful carnival of winter sports. For an hour after the beleaguering hosts had retired, the defenders (of the fortress) celebrated their victory with a grand display of fireworks, while the band gave a fine concert in the club house and then the people began to depart and it was but a little after eleven when lights were ‘doused.’

“Thus was brought to a conclusion the first annual carnival of The Pontiac Club of Saranac Lake. It was undoubtedly the most pleasing form of outdoor entertainment ever provided in the Adirondacks.

“The benefits of the carnival have been more than can ever be told, fully realized or imagined by any one of us.” 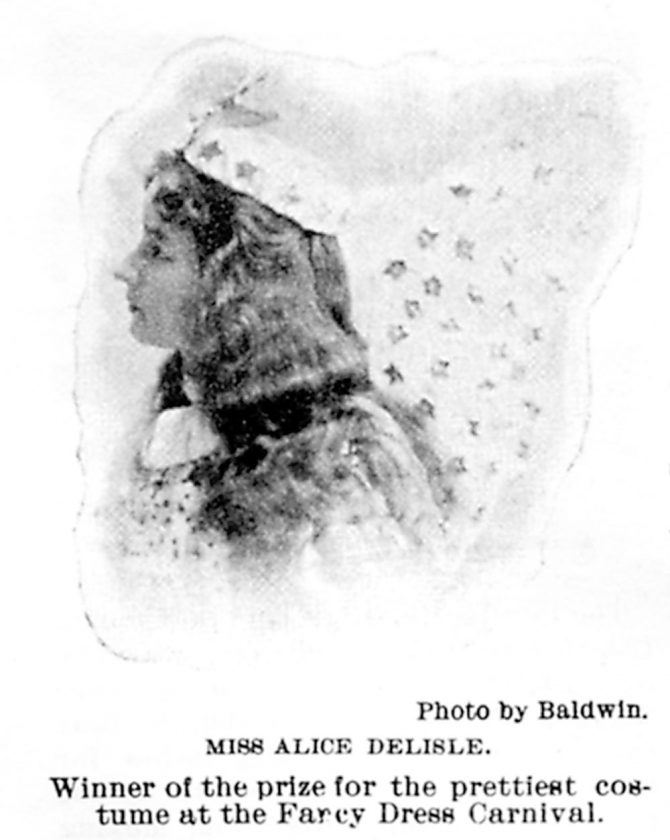 “If there was a thing about the carnival, which it was almost universally expected would be a failure, it was the parade.

“To say that spectators were surprised when they beheld it is to but half express their feelings. They were dumbfounded. When they had sufficiently recovered from their astonishment they manifested their appreciation by prolonged demonstrations of approval.

“Every float and sleigh was liberally applauded. The parade was a great success — one of the best features of the carnival. 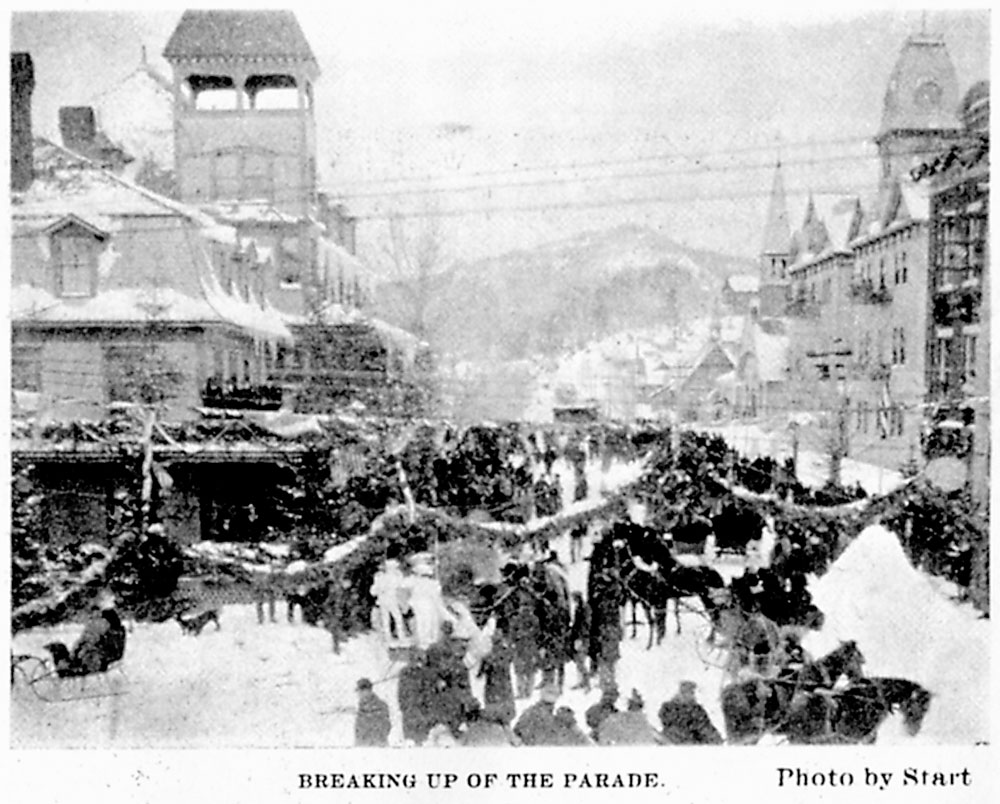 “It is impossible to describe in detail the many floats in the parade. The one winning the prize was equipped by W.S. Fowler, with the assistance of J. Howard Demarest, and represented a completely furnished Adirondack camp, with a briskly burning camp-fire around which congregated the campers, apparently perfectly happy in their enjoyment of hot apple toddy, a suitable drink for so cold a day.

“Another float which attracted a lot of attention was a miniature representation of Pine Pond Landing, said by those who know, to be true to nature, a result of the enterprise of Branch & Callanan.”

There are probably not many around today familiar with Pine Pond Landing, introduced to me by Miles Van Nortwick in the 1950s, when they lived at 46 Lake Flower Ave. and we lived next door. There were a few state camps that were reached by using that landing. I have climbed many of the high peaks and hiked to many of the lakes. Pine Pond, in my opinion is one of the most beautiful settings in the Adirondacks, which most people, except for a few locals, have ever seen. 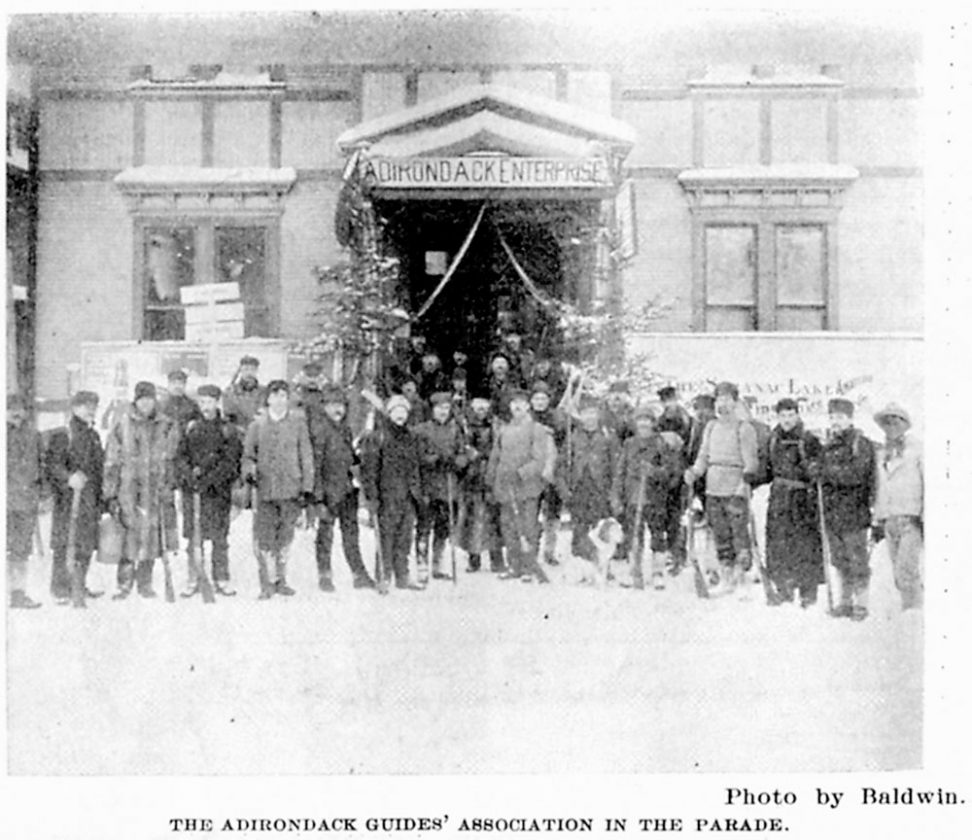 “The fame of it (the carnival) has already been heralded North, East, South and west, and we are daily in receipt of letters from friends, begging that we tell them all about it. Even our Canadian cousins, who are supposed to know all about winter carnivals, are enthusiastic over our signal success.”

“How glorious to see a real ice palace, didn’t it make you shiver just to look at it, and feel as if an iceberg were passing?” 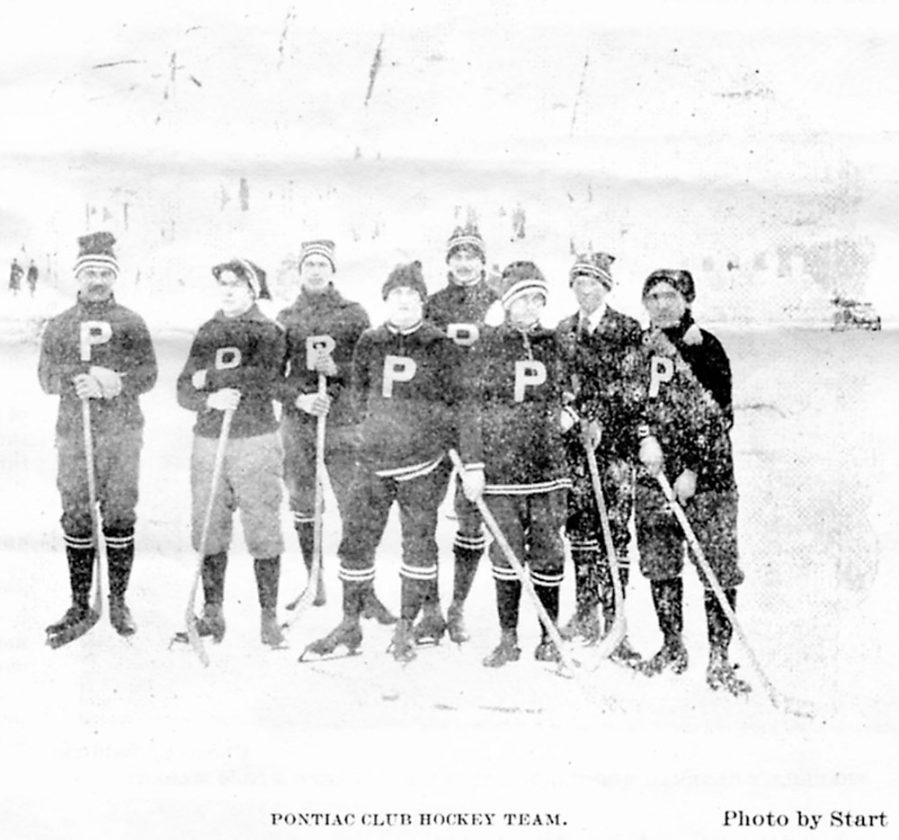 “And did you really skate in fancy dress, in the evening, with the mercury below zero, and enjoy it?”

“But how beautiful the palace must have been all aglow with red lights, it must have been a weird and rather ghastly sight silhouetted against the black sky and looking so nice and warm?”

“And all the questions multiply, but how can one begin to explain to the uninitiated all the pleasures and delights of a winter carnival? We can only say, come next winter, see and enjoy for yourselves.”