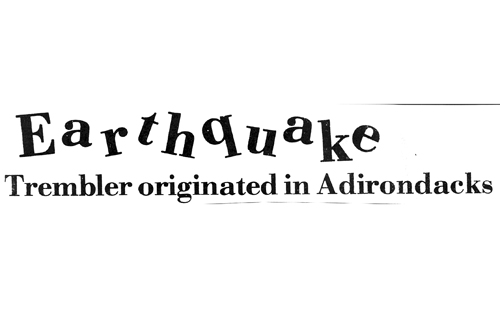 The above full headline, in 72-point type in the Enterprise of Oct. 7, 1983, read: “Earthquake rocks Tri-Lakes,” with the clever, quaking letters as shown.

I am sure that headline was designed and written by my friend Charles Decker (Dr. John Decker’s brother), the Enterprise editor at the time. Charlie was a bright, handsome, laid-back guy who passed much too young.

The Enterprise team of Linda Lumsden and Shawn Tooley, headed by Decker, covered the story. Here are excerpts:

“The stillness of dawn in the Adirondacks was shattered today when the strongest earthquake in 40 years shook the mountains and spread throughout the Northeast and Canada.

“A violent tremor accompanied by a thundering roar rumbled through the entire region at 6:18 a.m., startling sleepy eyed residents as dishes rattled, windows broke and books dropped off shelves. 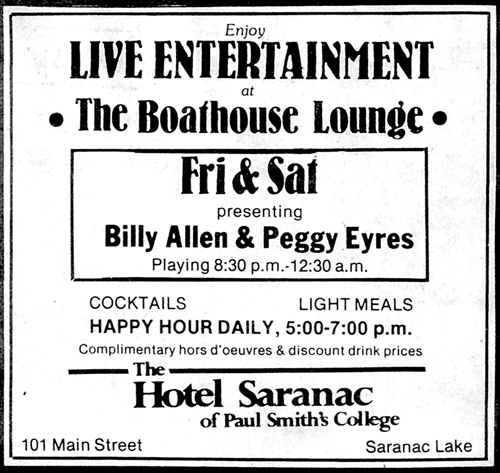 “There were no reports of major damage or injuries from the brief quake which measured 5.2 on the Richter Scale, making it the strongest since 1944 when an earthquake measuring 5.9 shook the northern fringe of the mountains near Massena.

“A spokesman for the National Earthquake Center in Denver said today’s Adirondack quake was centered in the Blue Mountain Lake area and termed it ‘moderate’ in intensity. He said it was strong enough to cause structural damage near its epicenter, although none apparently occurred.

“Most Tri-Lakes area residents, many thinking their furnaces had exploded, were awakened by the initial tremor and felt a significant aftershock about 20 minutes later.

“The Lamont Doherty Observatory, which is hooked into the seismographic recording devices at the Adirondack Museum, located the quake center 15 kilometers east-northeast of Blue Mt. Lake.

“‘The Adirondack region is the most earthquake prone in New York State,’ she noted, labeling today’s disturbance ‘historically one of the greatest in the state’s history.'” 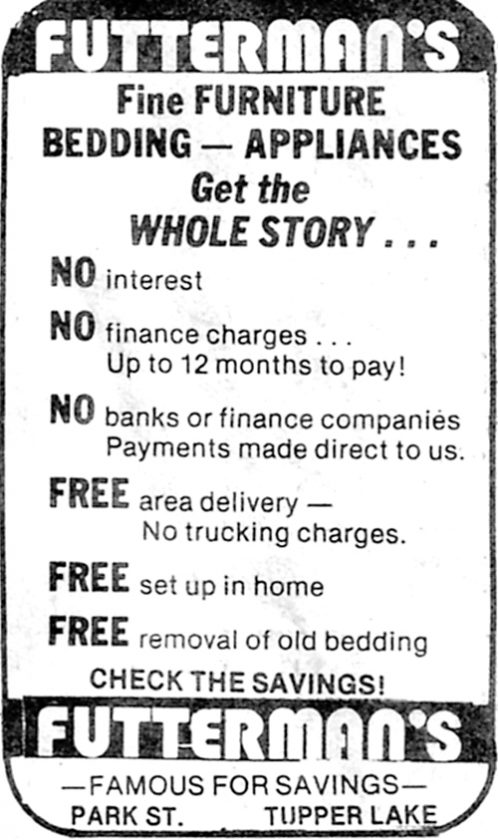 “In Lake Placid, Nancy and John Beattie watched a startled flock of Canada geese flap their wings wildly to rise from Mirror Lake resting place as the couple looked out the window of their Main Street apartment below the Bookstore Plus.

“Lake Placid Fire Department spokesman James St. Louis said the residents rang its telephone lines off the hook in the minutes after the quake struck.

“‘The fellow who was answering the phones had both hands full,’ he said. He answers both fire and police calls at that hour. ‘People wanted to know what happened — and he didn’t know what the hell happened either.'”

“An engineer is scheduled to check whether the Ronald MacKenzie Ski Jumps were damaged by the quake. Venue Manager Jay Rand (the brand-new North Elba supervisor — congratulations, Jay) said preliminary inspection shows the structures are intact. The big jump is the tallest building between Albany and Montreal.”

Monsignor was praying when quake hit

“In Tupper Lake, village police report no damage, injuries or other incidents from the quake, although Chief Renee Lavalle said his department ‘answered a lot of calls this morning.’ About 20 townspeople called the station with questions, he said.

“Throughout the village people reported being awakened about 6:15 a.m. by a 20-second vibration, deep enough to make homes rumble with noise.

“Monsignor Edmund Dumas was in St. Alphonsus Church saying his morning prayers in the dark when the quake hit.

“‘Suddenly, the whole thing happened. I immediately ran out of the church and once out I could hear dogs barking and children screaming in their homes,’ he said.

“He said neither the church or the rectory were damaged.

“There was no damage at the Sunmount Developmental Center or at the Mercy Healthcare Center, according to administrators. Residents were physically shaken, but experienced no other problems.

“At the high school the only visible effect was the moving of a trophy along its shelf in the trophy case in the new wing, according to Principal James Ellis.

“Asked if he had to explain the quake to the students later, Ellis said, ‘Believe me, the kids knew about it when they got here.’

“At the elementary school, Principal Richard DeForest said the ‘kids were excited and they all had their stories to tell.’ Several teachers spent the morning showing film strips describing earthquakes and talking about the event with students.

“The village and town offices reported no problems and a Big Tupper Ski area spokesman said there was no apparent damage on the mountain.”