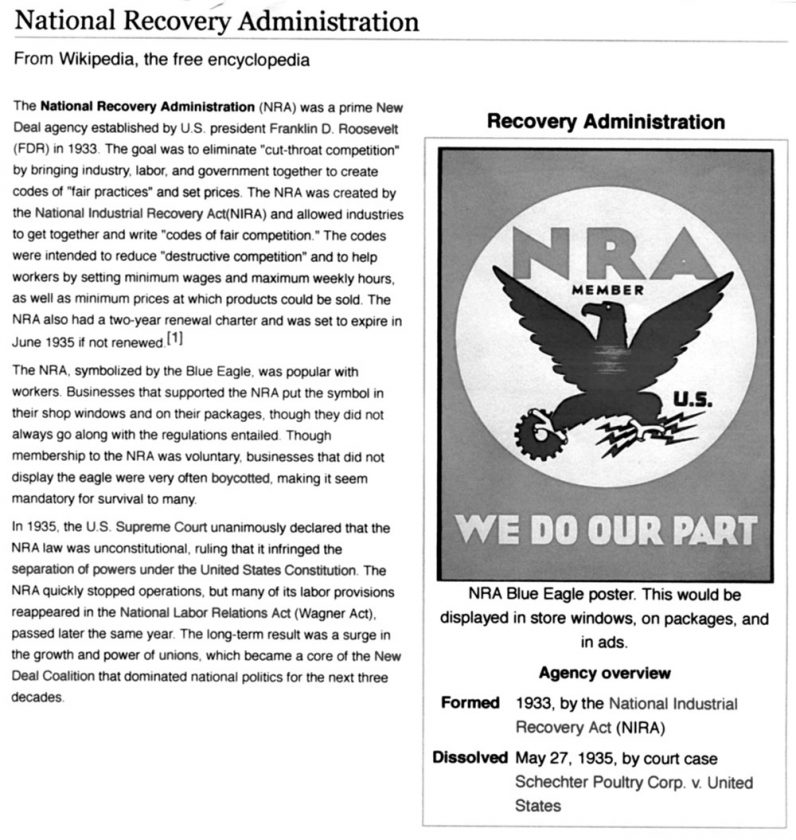 This is part two [part one May 11] from a September 1933 Saranac Lake newspaper, The Advertiser, a tabloid-size sheet published by Russell Dawson.

The National Recovery Administration [NRA] was a very big deal. [See illustration] Merchants were happy to carry the NRA emblem on their advertisements which you will see in this column today. So I’ll let the NRA speak for itself.

The Civic Defense League as explained last week was created with merchants “striving to maintain against the competition of outside forces.” [Amazon?] More than 130 merchants were taking part in a campaign awarding cash and prizes as tickets were handed out to customers with their purchase. 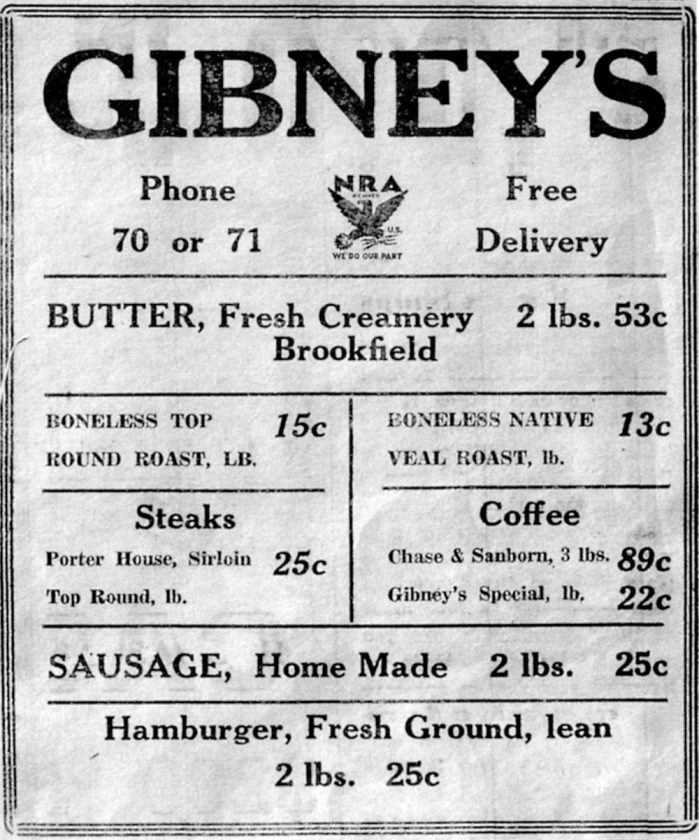 Churches in the news

“Sunday devotions from three Saranac Lake churches will be broadcast by station WNBZ, according to plans now being completed by the station.”

And this excerpt: “Several new features will be offered soon to station WNBZ. Ben Caffey, harmonica player, will be heard at 5:45 Monday, Wednesday and Friday.

[What a great local institution WNBZ was…and what a shame that the last owner ran it into the ground. It was the first radio station in Northern New York and went on the air in 1927. Keela and Jim Rogers did a great job with lots of diverse programming when they owned WNBZ.]

“Celebration of high mass will be resumed Sunday morning at 10:30 at St. Bernard’s Church, following their discontinuance during the summer.

“Catechetical classes for children of school age are being held Friday afternoon at 3 o’clock for those of junior and senior high school age, and immediately after the close of school for the lower grades.

“Bans were read for the first time for the marriage of Miss Marion Augusta Paye of Saranac Lake and George Umber of Lake Placid, and Miss Alice Bowen of Plattsburgh and Richard Morgan Lytle, of Saranac Lake.”

“Reception for new members at 3:30 p.m. Monday at the Community House, Bloomingdale Avenue, will mark the start of the fall and winter social season for the Saranac Lake Women’s Club. A business session at three o’clock will precede the reception.

Tasty Home-Cooked Meals – $6 and $7 weekly at the Berkeley Restaurant.

For 50c We Diagnose Your Radio Problems – Pep up that radio with new tubes. Nick Tartaris. Phone 530.