What if I brake hard for a deer? 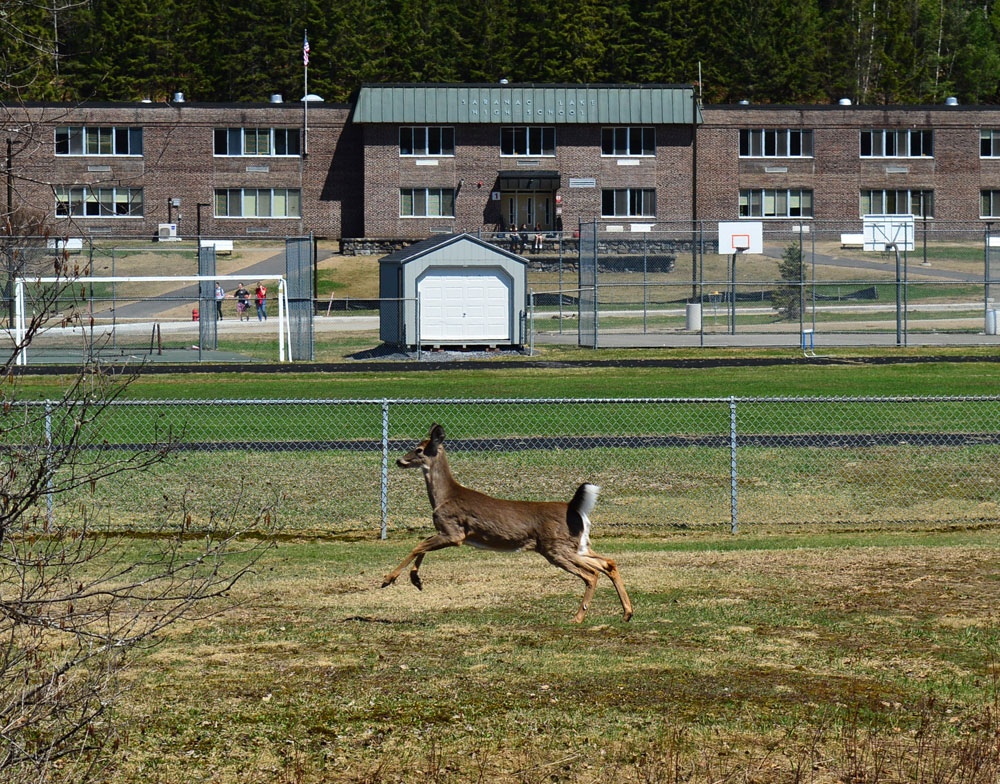 In Franklin County there are deer, and every year deer get hit and injured or killed. Meanwhile, numerous vehicles are damaged. Often drivers crash into trees, guide rails, ditches or other vehicles in a futile effort to avoid hitting the deer.

The above is the prologue. What this article is really about isn’t avoiding deer but rather about drivers who tailgate. I admit that I exceed the speed limit when driving on 55 mph highways; I drive with cruise control set at 59 mph most of the time, which is slower than the majority of vehicles.

Because of the above, drivers often come upon me from behind, which is fine if they wish to go faster than me, except that far too many drivers ride too close to my vehicle. Some are no more than a car length behind, which may be tolerable if they intend to pass, but a significant percentage of drivers don’t pass, for whatever reason.

So here’s my point! If you are following so close to the car in front of you, what are you going to do if that driver you are following suddenly brakes for a deer? There’s a likely chance that you will be crashing into that vehicle’s behind. And after all is said and done, you will be ticketed for “following too closely.”

Vehicle and Traffic Law Section 1129 (a) states: “The driver of a motor vehicle shall not follow another vehicle more closely than is reasonable and prudent, having due regard for the speed of such vehicle and the traffic upon and the condition of the highway.” This is a serious violation, carrying four points against your license and a fine of up to $150 plus surcharges for a first offense.

So how close is too close? It depends on driving conditions, but a rule of thumb under good conditions is the three-second rule: Note the car in front of you as it passes a fixed object (utility pole, sign, driveway etc.), and count off three seconds. If you arrive at the fixed object before three seconds, you are most likely following too closely.

Prudent drivers will constantly query themselves as to whether or not they could avoid a crash if the driver ahead encounters a deer or perhaps a child running into the road and brakes hard to avoid it, and adjusts his/her following distance accordingly.

Avoiding crashes is not always possible, but the distance a driver follows another vehicle is a decision that is his/her choosing. If he or she chooses to follow too close, it can be dangerous, and if it’s a choice they routinely make, it will eventually catch up with them.

One last point. I don’t want to be rear-ended. If another driver is right on my tail, I will turn on my four-way hazard lights for a couple of seconds — most of the time that gets the tailgater to back off. At least it lets them know that I don’t like them following so close to me, and they will usually back off or pass. Either way it alleviates a dangerous situation — most of the time.

If I brake hard for a deer, will you run into my rear?