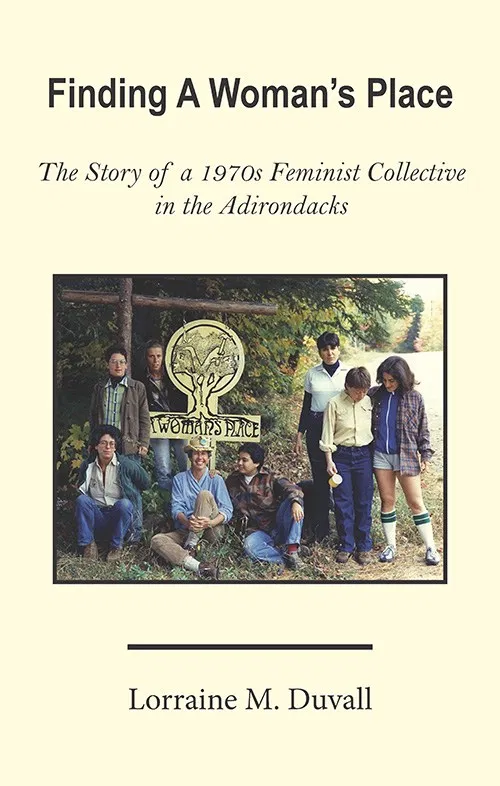 Lorraine M. Duvall’s cleverly titled “Finding a Woman’s Place” captures in miniature a movement that has, in a remarkably short time, changed how men and women in America see themselves and each other.

“A woman’s place is in the home” was part of the post-World War II culture. As returning soldiers rebuilt America, women stayed home, often in houses bought with the help of 1944’s G.I. Bill, caring for children born from 1946 to 1954 — the Baby Boomers. Families were defined from pulpits and portrayed on television where white women wore aprons, baked cookies, cared for children and hugged their husbands when they came home from work. “Father Knows Best” was both a TV show and a belief. The war had violently shattered families, and the country’s response was the idealization of stability, where men knew best and women knew where they belonged.

The idealization did not last very long. Betty Friedan’s “The Feminine Mystique” in 1963 sparked a movement that gave voice to women who wanted to find and shape their own place.

Lorraine Duvall has written, personally and evocatively, about that “place” before, in her “And I Know too Much to Pretend.” But her latest book is about a place both metaphoric and literal.

A Woman’s Place was founded by seven women in 1974 and survived a turbulent existence until 1982. A gathering in Paradox in the summer of 1974 led to the purchase of the Moose Mountain Lodge in Athol for $68,000 that same autumn.

The women’s decision to leave their current situations and move to the Adirondacks was both abrupt and philosophical. Duvall writes, “These women made a commitment to deepen their relationship by pooling their resources, buying property, and creating their own community.” But while their decision made them different from most, they were, according to Duvall, somewhat similar to each other: “All were white, and grew up in middle or lower middle-class homes. All had some level of college. … All were raised in some form of Christianity.”

“The Story of a Woman’s Place” is about the commune these women created, their challenges to keep it going and get along with each other. They were not skilled or knowledgeable about maintaining a residence in the Adirondacks, and were beset with predictable problems, such as frozen pipes. Nor was there a constant cash flow to fund the alternative lifestyle they wished to live.

Martha Courtot, one of the original seven, however, described the demise of communes in more personal terms, arguing people brought failure with them, wherever they went: “We carried with us all the worst parts of the predominant culture — the greed, the lust for power, the abuse of sexual freedom, the abuse of ourselves and each other, the class and race walls which keep us apart.”

Duvall was one of the attendees at that summer retreat but did not join the seven who created AWP. In 2014, a casual conversation with a friend in Keene led the author to revisit both the place and the concept her younger self stopped at in her own personal journey. She interviewed some of the members and even organized a reunion in Athol in 2018. Their memories were quite positive.

Throughout, Duvall places A Woman’s Place in a larger context, discovers its importance in the lives of the women who founded it. She effectively connects herself to the cultural changes AWP’s exemplified, and also provides a fine bibliography.