Tale of urban crises, by an Adirondack author 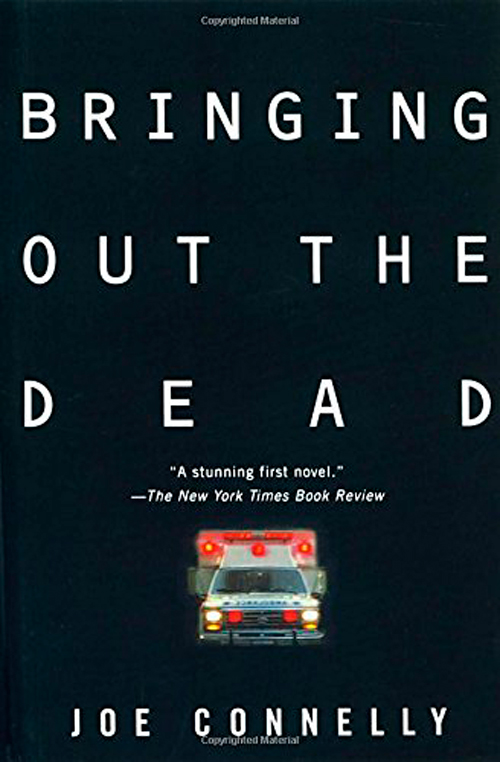 Joe Connelly’s novel “Bringing Out the Dead” grew from his years as an emergency medical services medic in New York City.

Connelly, who now lives in North Creek, tells his story through the eyes of Frank Pierce, whose narration includes documentary-style descriptions of the emergencies he responds to in the Manhattan area known as Hell’s Kitchen, flashbacks to earlier days in his career, his own broken love life, and the constant memory of his failure to save a patient named Rosie. These narrative threads make for a wonderful, unusually structured novel.

We meet Pierce when he and his partner enter the Burke family apartment, care for the heart attack victim and take him to the hospital. Burke’s neighbors watch the medics bring him to the ambulance:

“They stared at the eyes that could not close, the skin white as an old kitchen stove.”

But the life and death drama in the Burke family home is just a part of Pierce’s job. Always there is more; always there is another. Radio dispatches keep coming at him and the other units, an organized response to urban chaos: “Fifteen Boy, you got a pedestrian struck by a taxi, 320 West 58th Street. … Fourteen Young, you’re going to the cardiac arrest at 235 West 63rd Street. … Thirteen Victor … at 45th and Lex, in front of the shelter over there, you got a 40-year old male in a wheelchair complaining of leg sores, vomiting, rectal bleeding and seizures.”

In addition to their job-related response to illness and injury, Pierce and his partner, Tom, sometimes shop for an East Harlem family, “the wife’s daughter’s children of Tom’s friend who had died in Vietnam. Something like that.” It sounds both confused and familiar — the complicated charity networks people live in, kindness among almost strangers. In this case it’s done by people whose work also keeps people alive.

Pierce marries, but his job dooms that relationship. He can’t leave the job that is destroying him, so his wife, predictably, leaves him.

Pierce is a fine narrator — observant and literate. But he is also damaged, damaged by the daily pain he is exposed to, damaged by the constancy of the need he sees every shift, damaged by the job. He drinks too much, sees ghosts, drives madly. His mind is as chaotic as the world he works in. As he cares for people, the biblical quotation “Physician, heal thyself” comes to the reader.

Connelly uses the Burke heart attack as bookends for this novel, starting in the apartment, ending in the hospital. But it is Rosie who haunts Frank Pierce. Flashbacks of the Rosie episode separate chapters in “Bringing Out the Dead,” mimicking for the reader how she never fully leaves Pierce’s mind; his failure, his regret are never far away, her absence a presence. On the last page, “I couldn’t keep Rosie breathing, but I’d kept her memory, stayed with her at the end a thousand times. … I was so tired of running, of trying to forget. I would never forget, and for that, perhaps, I could be forgiven.”

This compelling, sad, book is not new. It was published in 1998. I became aware of it via Adirondack Life’s 50th anniversary issue. The magazine included “Crossing the Border,” an essay by Joe Connelly about moving to North Creek. Impressed, I looked for what else Connelly’s written, and am glad I did.