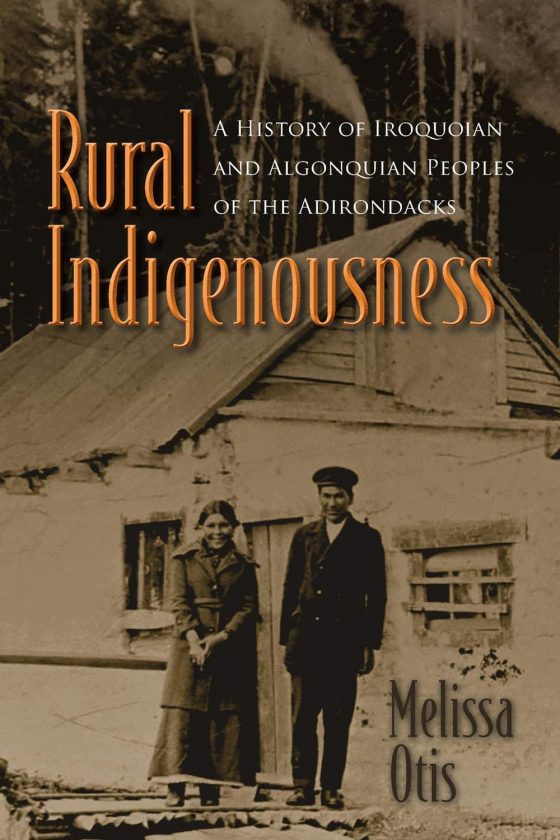 For years, the standard teaching has been that although Native Americans may have hunted in the Adirondacks, they did not settle in that mountainous region of New York state. Now here comes Melissa Otis, a Canadian-educated researcher to tell us that’s not quite right.

One of the key points she makes in her newly published book “Rural Indigenousness” (Syracuse University Press) is that native peoples lived scattered about the Adirondacks well before European colonizers arrived. Furthermore, these natives never fully left. They continue to reside among us today.

Though quickly conceding that archaeology has a long way to go in analyzing the region, Otis nonetheless has plenty of material culture, folklore and intermittent written evidence to back up her thesis. Developing a concept she calls “locus of exchange,” she brings examples from over three centuries of history.

“Locus of exchange” implies reciprocal activity. This can mean relationships between Algonquin and Iroquoian natives. It can also refer to transactions between people and the land. And it certainly covers the interactions between natives and the more newly arrived Euro-American settlers.

A full chapter examines the role of Indians as guides, first for military purposes then later for the city people who began coming to the Adirondacks for restorative wilderness experiences. Among people described in detail are Sabael Benedict and Mitchell Sabattis, both Adirondack guides during the 19th century.

Additional passages cover the popularity, albeit sometimes misleading, of Indian pageants, and the inclusion of native components in tourist attractions like Frontier Town and Enchanted Village.

In her final chapter, she devotes considerable attention to Ray Fadden, who founded the Six Nations Indian Museum in Onchiota. Now being operated by a third generation of the Fadden family, this venue may be as important as any in assuring that Mohawk heritage gets recognized and preserved in regional annals.

Don’t pick up this book on the assumption it might be a good leisurely summertime read. The author is firmly based in academic research. There were occasions during which I struggled with some of her definitions and had to work in understanding the rationale behind her conclusions.

On the other hand, the book is cogently written. The writer repeats and reinforces difficult or unfamiliar concepts enough to make them take hold. At times, I felt she became a little quick to make generalizations. However, never did I find her arguments less than compelling.

Otis covers territory long neglected in written Adirondack history. She’s inspired me to learn more about the Native American influences on our traditions and folkways. And I suspect her work will lead other researchers to join her quest. This is an important book that people with serious interest in the North Country will want to read.