Poems to have coffee with 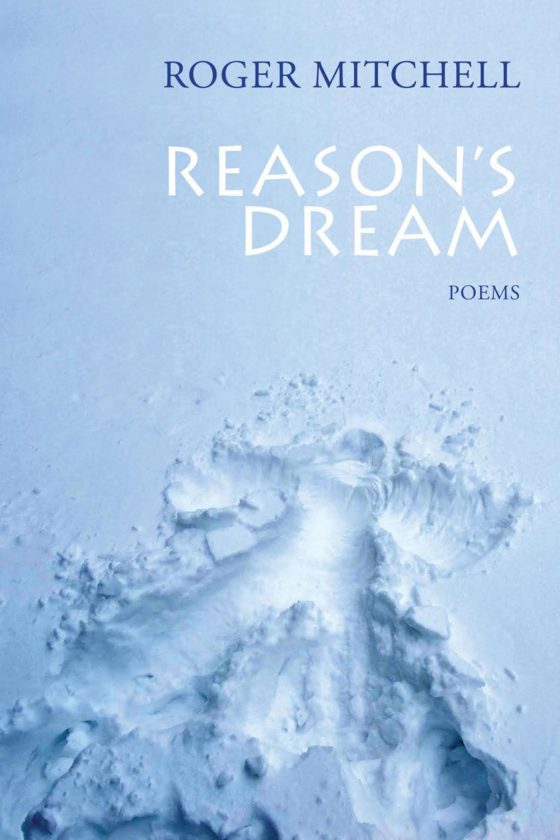 Roger Mitchell’s poems are good company. Well-reasoned yet imaginative, approachable yet deep, the poems in his 2018 book “Reasons Dream” are a pleasure to spend time with.

Just as conversation with an old friend over coffee can go from quotidian to cosmic and back, so these poems may start with a walk with the dog and wander toward questioning the very essence of being, but end with the walk and the dog.

A poem can be both comfortable and surprising, both quiet and unsettling, both amusing and thought-provoking, and Mitchell’s poems often embody two states. They can be enjoyed on the surface and considered in the depth.

Imaginative descriptions enrich many of the poems. In “Candles” the poet sees the last few leaves of the poplar as refugees waving handkerchiefs from the ship. In “This is My Hand,” “The fog hawks / slowly over the river stones.” In “Swann Song,” the heart is “that stuttering muskrat.” In “Letter to a Thief” the narrator thanks the robber for taking the binoculars whose absence now allows him to see some things better, and for taking the old computer whose stored poems have now found their way out into the world. In this collection there is straight-up darkness: poems considering the large and small ways we humans cause each other pain; but poems, too, of large heart, sweeping within themselves the urban streetscape, the backyard mole hole.

The cover image is a snow angel, and each section is adorned with an image of a tangle of smoke, speaking to one of the themes of the collection: the passing of things. Memory is invoked frequently, and places once lived in and departed from, people who have come and gone. Some poems muse on the oddness of how life unfolds. Here is “Blind Seed” in its entirety:

I can’t remember what they were

anymore, but I may not have wanted

all those things I said I did.

I just stepped forward and took one.

Or stood there and let whatever

it was take me. I know the past

is gone. A strange exhiliration

a country where you lived once.

You see it all, and yet see nothing.

Summer coming to an end,

leaves about to change, a blind

white-haired seed floats past the window.

If you want some company with your morning coffee in the form of a book of poems, settle in with “Reason’s Dream” or one of Mitchell’s other fine volumes. This Jay resident has been doing the Adirondacks proud for many years with his wonderful poems of detailed notice, vivid imagery and careful thought.