A crime story too good to miss 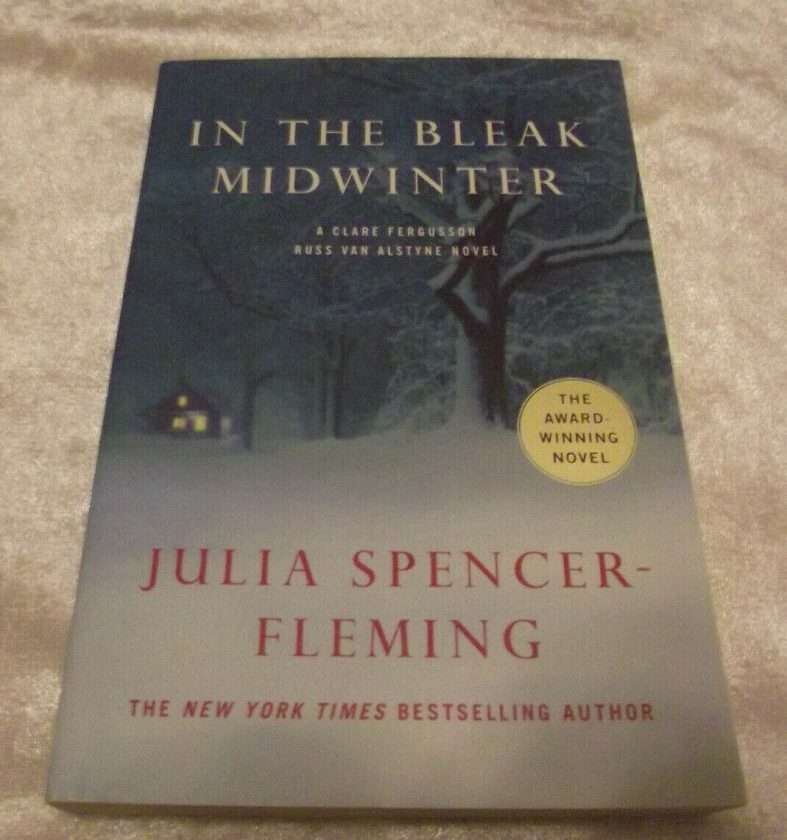 “In the Bleak Mid-Winter” is a crime novel that has been out since 2002, but if you haven’t read it, or even if you have, it’s a good one to crack open.

I read this story not long after it was first published, and it was tons of fun to read again. Julia Spencer-Fleming has created characters that are engaging and complex, strong enough to support the seven books that follow in the series.

The main characters, Clare Fergusson and Russ Van Alstyne, are an unlikely pair, a young yet retired Army helicopter pilot turned Episcopal priest, and a middle-aged chief of police living in Millers Kill, a fictional Adirondack town. Rev. Fergusson finds herself overly involved in the story when a newborn baby is abandoned on her parish steps and she (and the chief of police) can’t stop herself from helping to solve the two connected murders that follow soon after. The murderer will do anything to avoid capture, though, and the priest is soon relying on survival skills she learned in the Army in order to stay alive.

The author has done a stellar job immersing the reader in the environment. The Adirondacks in winter is no place for fancy lightweight cars but is the perfect location to freeze to death. The priest is acclimating to her new home in Millers Kill and hasn’t bought the boots or snow tires needed to fit in. Meanwhile, the police chief is patrolling his own hometown but doesn’t quite fit with the people he’s known all his life, and isn’t quite fitting in at home anymore with his own marriage.

There’s plenty of conflict and plenty of thought-provoking content, so this story is a bit deeper than your average potboiler. How does a priest reconcile herself with a former life in the Army or with feelings toward the police chief that could lead to infidelity? How can she reconcile God’s grace with the untimely death of her own sister? And how will Russ keep a marriage together that was sustained by habit instead of by mutual affection?

Those are the questions that will keep a reader turning pages into the second book in the series, but the whodunnit aspect of this mystery will keep her turning pages in this one. Although I had read the book before, I had forgotten who the murderer was, and it was even more entertaining to read the story again and be misled time and again by the author until the dramatic conclusion finally made everything obvious.

If you haven’t read this book or even (like me) if you have, it’s worth picking it up again. Grab a cup of hot chocolate, start a roaring fire, tuck onto the couch with a fuzzy afghan, and weather out the rest of the snow season with a story that will make you forget that the next nor’easter is coming soon.