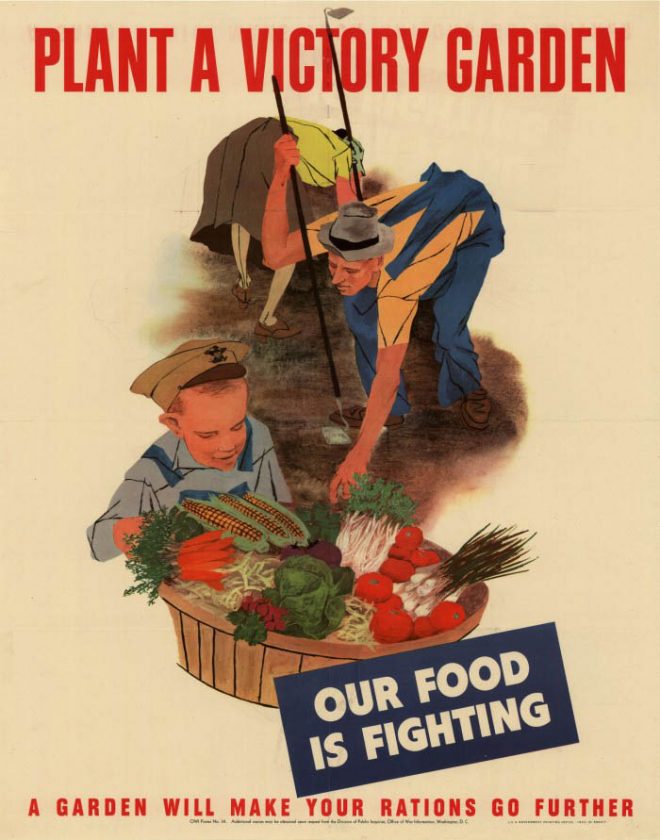 Grow-it-yourself food. During this time of pandemic, it makes perfect sense, doesn’t it? Especially if you’re, like me, extremely apprehensive about the possibility of becoming exposed to COVID-19 while grocery shopping. In fact, I can’t think of a better way to avoid going out in public, while securing nutritious food, than growing your own.

The majority of Americans have become accustomed to having abundant supplies of relatively inexpensive food readily available at neighborhood grocery stores and supermarkets. And we’ve become so even as a greater and greater number of our neighbors have grown increasingly more reliant on food banks and pantries for some if not all of their food. That number now includes many of the nearly 17 million Americans who applied for unemployment insurance in April, and numerous others who have (or had) jobs without unemployment insurance (e.g. freelancers, contractors, gig workers). Poverty, which has already been a reality for many in our communities, could become so for many more.

And concerns about food supply chains are growing as well as the pandemic impacts food storage, processing, and transportation. Are farm workers going to be able to work? And if so, how will those crops get to retail markets? Food security has never been more of an issue.

If you’re concerned about a potential shortage of fresh vegetables, you may want to consider planting a COVID-19 pandemic victory garden. I remember my parents and my Aunt Blanche telling me, as a child, how during World War II, as food rationing became a part of daily life, victory gardens became an essential part of providing their homes with fresh vegetables, herbs and even some fruits. And although the enemy today isn’t Japan or Germany, the unpredictability is essentially the same, as is the concept of growing your own food when times get rough. 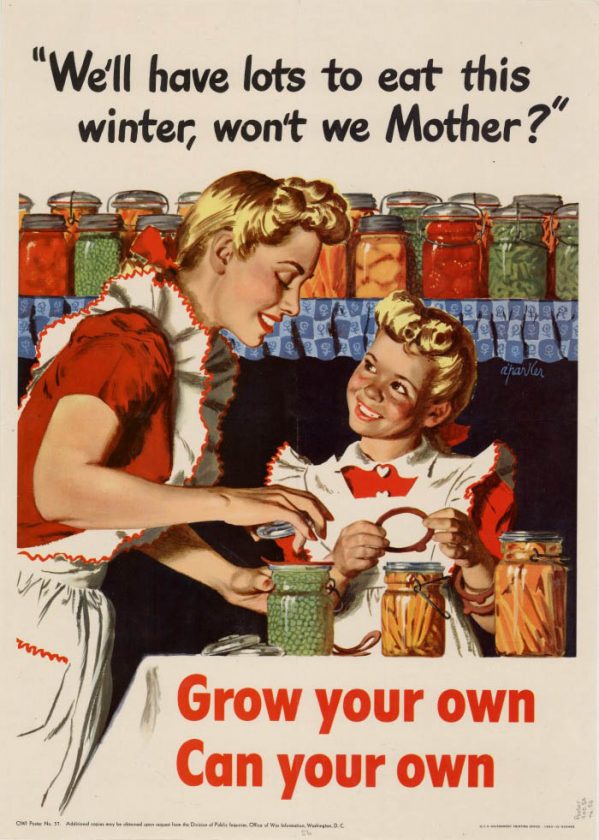 The first victory gardens came about as a result of food shortages during World War I. With so many Americans fighting overseas, farmers here at home found it difficult to find field laborers and transportation workers who could assist with planting, growing, harvesting and moving the harvests to markets. What’s more, much of the produce coming from our farms was needed to feed our fighting forces in Europe. So citizens were encouraged to grow their own garden vegetables and fruits to assure that they would have enough food to eat.

Millions participated, planting gardens not just at home but in public spaces such as parks and empty lots as well. These gardens were, for all intents and purposes, our nation’s first community gardens. By many accounts, more than 5 million war gardens, as they were called then, came to fruition, easing the burden on America’s farmers and boosting the morale of the everyday citizens, who found themselves united in working for the common good.

Charles Lathrop Pack, one of the wealthiest men in America at the time, an Adirondack landowner who donated 2,500 acres of land to the SUNY College of Environmental Science and Forestry to be used for research and training in the field of environmental studies (Pack Forest, which includes an 85-acre lake and miles of trails leading to mountain vistas, marshes and the banks of the Hudson River), and the organizer of the National War Garden Commission, wrote in his 1919 memoir entitled “The War Garden Victorious,” “Oddly enough, it is usually hardest to influence man for his own benefit. The matter of home food production was no exception to the rule. Before the people would spring to the hoe, as they instinctively sprang to the rifle, they had to be shown, and shown conclusively, that the bearing of the one implement was as patriotic a duty as the carrying of the other. Only persistent publicity, only continual preachment, could convince the public of that.”

Victory gardens again emerged during World War II as a way to reduce demand on the public food system. And as food rationing again became the norm, public schools planted gardens to help feed students, while many manufacturing companies allowed and even encouraged their employees to plant food on industrial grounds outside of their factories. 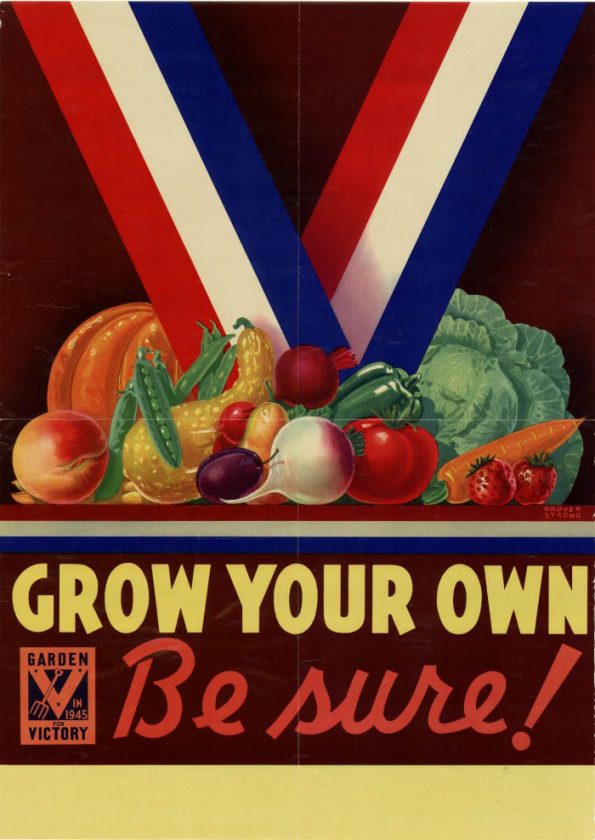 The United States government distributed colorful, patriotic posters urging participation. Magazines and newspapers published beneficial articles. And the Department of Agriculture produced pamphlets designed to instruct urban and suburban gardeners to garden successfully (e.g. how to garden, what to plant, how and what to use for fertilizers, food preservation). Since metal was precious and used for munitions, gardening utensils were shared by both families and communities.

It’s widely accepted that around 20 million victory gardens were planted, producing 9-10 million tons of vegetables, or roughly 40% of the vegetables consumed in the U.S. at that time.

Similarities can be drawn between the two world wars and the ongoing world war against COVID-19. We will be victorious. In the interim, cultivating your own victory garden can be both a nod to the past and a step toward greater self-reliance in the future. 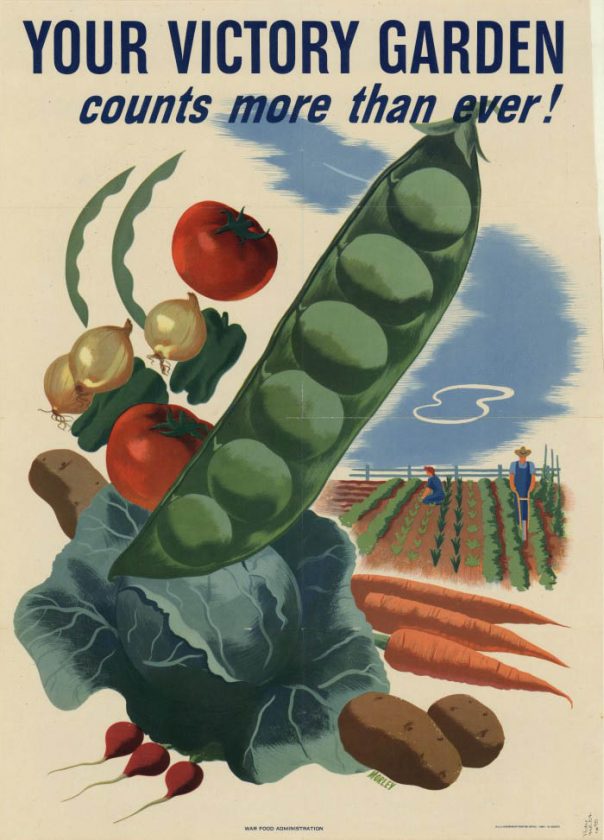 Are you a first time gardener? Do you have questions? Visit gardening.cals.cornell.edu.