Tisquantum: the Native American horticulturalist who rescued the Pilgrims

“Embarkation of the Pilgrims,” an 1844 painting by Robert Walter Weir (1803-1889), hangs in the United States Capitol. In 1857 Weir painted a smaller version, which is now in the Brooklyn Museum of Art.

“Landing of the Pilgrims,” engraving (1877) by Alfred Bobbett (Prints and Photographs Division. Library of Congress) 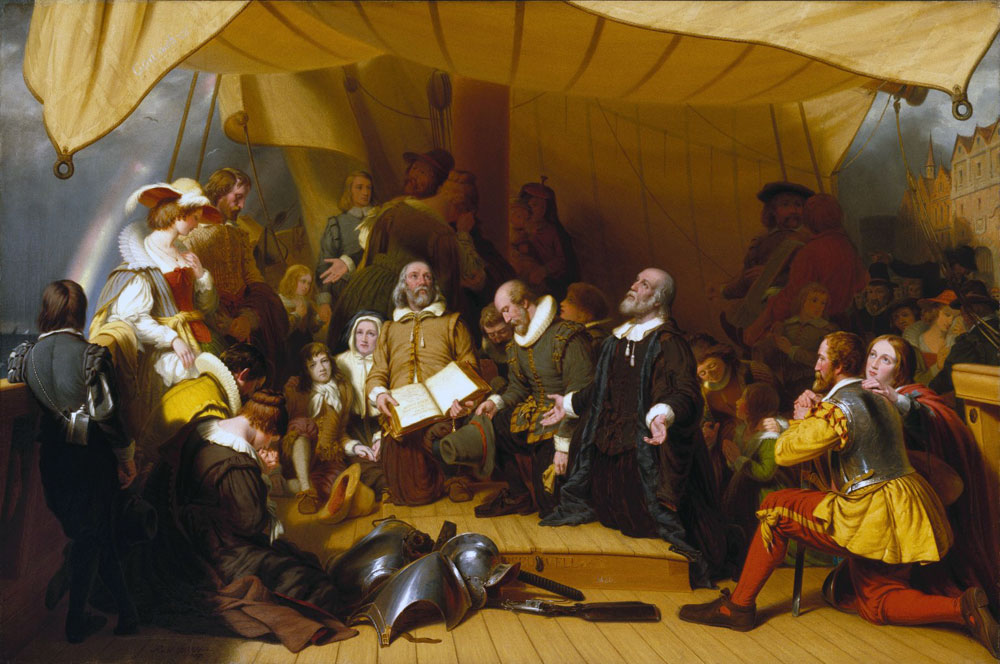 “Embarkation of the Pilgrims,” an 1844 painting by Robert Walter Weir (1803-1889), hangs in the United States Capitol. In 1857 Weir painted a smaller version, which is now in the Brooklyn Museum of Art.

“We would worry less if we praised more. Thanksgiving is the enemy of discontent and dissatisfaction.” These are the words of H.A. (Henry Allen) Ironside, a Canadian-American Bible teacher, preacher, theologian, pastor, member of the Plymouth Brethren Christian Church and one of the most inspired Christian writers of the 20th Century.

For most Americans, Thanksgiving is exactly that — a time of giving thanks. But it’s also a time when we commemorate the success of the Pilgrims, the separatists who came here from England to establish the Plymouth colony. And next year, Americans will commemorate the 400th anniversary of the arrival of the Mayflower, and the Pilgrims, to the shores of Massachusetts.

On Aug. 15, 1620, two ships, the Mayflower and the Speedwell, set sail from London, England, for “Virginia” (virgin territory), a name that at the time applied to the entire northeast coast of North America. But the Speedwell began taking on water, and both ships returned to port. Efforts were made to make the Speedwell seaworthy, but to no avail. Eventually, it was decided that the Mayflower, a cargo ship roughly 80 feet long and 24 feet wide, would receive the Speedwell’s passengers. And on Sept. 16, 1620, under the command of Captain Christopher Jones, the Mayflower, with 102 passengers — some English separatists, some indentured servants — and a crew of about 30 aboard, set sail once again.

They arrived in mid-November after 66 days at sea, laying anchor near the tip of Cape Cod at what is now Provincetown, Massachusetts, well north of established Virginia Company territory. Nonetheless, the passengers were thankful indeed, even jubilant.

While it’s generally believed that the Pilgrims easily adapted to life on the Massachusetts coast — that they were readily able to build homes in the wilderness, raise a plentiful harvest of good crops, and find abundant fish and game — by all accounts that was not the case. They simply were not prepared. 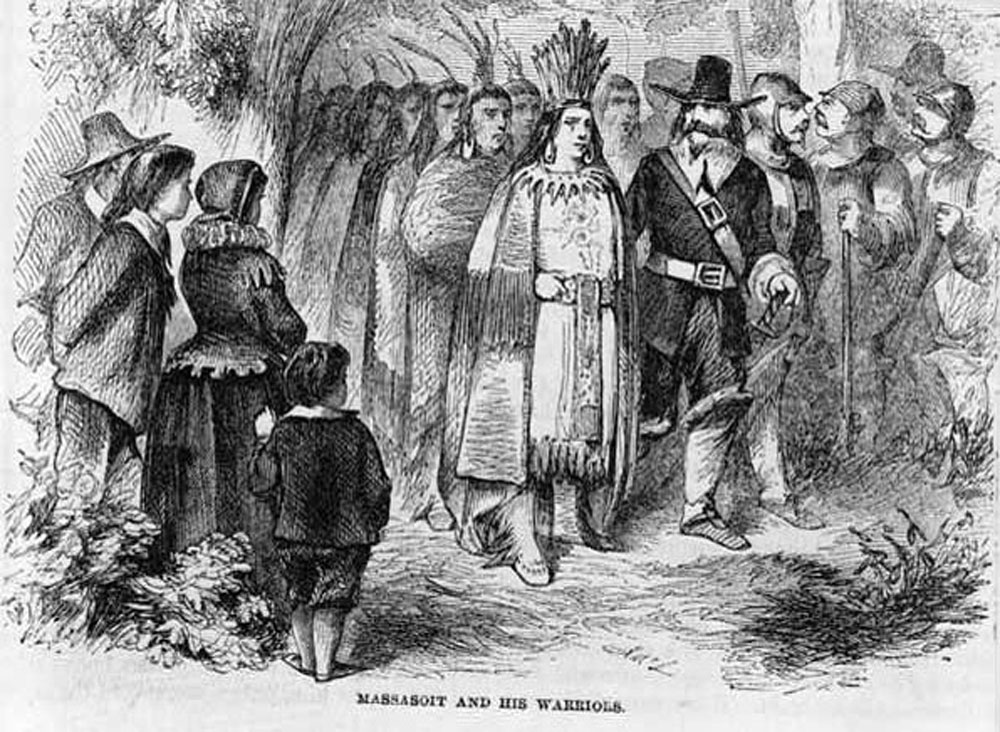 “Landing of the Pilgrims,” engraving (1877) by Alfred Bobbett (Prints and Photographs Division. Library of Congress)

It was far too late in the year for planting, and they had not brought sufficient food to last them until spring. They knew nothing about the plants and animals of this unfamiliar land and, although they were able to find some game, soon realized it would not be enough to take 132 people through the winter.

Reports from that time state that in their explorations, the passengers found stores of corn, beans and dried fish at a burial site, which stood among the remains of an Indian village at Provincetown. The travelers took the food and then sailed on to what is now Eastham, where they raided similar burial sites, stealing whatever food they could find. It was there, at what is now called First Encounter Beach, that the Nauset tribe, offended by such violations, defended themselves and their culture against the English settlers, forcing them out. Only then did the Mayflower sail on to Plymouth Harbor, arriving on Dec. 16.

Without homes, the would-be settlers were left with little choice but to spend the bitter cold months of January, February and March aboard ship, in the cargo holds below the crew’s quarters. By the end of the ordeal, exposure and contagious diseases (pneumonia, scurvy, dysentery, tuberculosis) had taken the lives of nearly half of the passengers and crew.

In April of 1621, the crew of the Mayflower set sail from Plymouth to return to England. The surviving passengers remained behind, establishing the Plymouth colony on a site where a Wampanoag Indian village of the Pawtuxet (or Patuxet) tribe once stood.

During the late 16th and early 17th centuries, as many as 100,000 Wampanoag lived in villages across what is present-day southeastern Massachusetts and eastern Rhode Island, including the islands of Martha’s Vineyard and Nantucket. Their leader, Massasoit, welcomed the English. But the Europeans brought disease with them — epidemics that nearly wiped out the entire Wampanoag tribe. Many others were captured and sold as slaves.

It was at Plymouth (Pawtuxet) that Tisquantum, now the last of the Pawtuxet Wampanoag Indians, befriended the Pilgrims and, even though he had been horribly mistreated by the English as a boy, eventually chose to live among the Plymouth colony settlers and to teach them about the land they had settled and the skills they would need to master if they were going to stay alive. Without him, the Pilgrims would have almost surely perished. In fact, if it weren’t for the assistance of this aboriginal horticulturalist and naturalist, and the willingness of other Native Americans to provide aid and teach the European settlers how to survive, it is probable that Plymouth would have been nothing more than a footnote in history.

More about Tisquantum and the first Thanksgiving in two weeks.

And may I add, on behalf of everyone at county Cornell Cooperative Extension offices across the North Country, have a happy, healthy and safe Thanksgiving holiday.