Knee high by the Fourth of July? 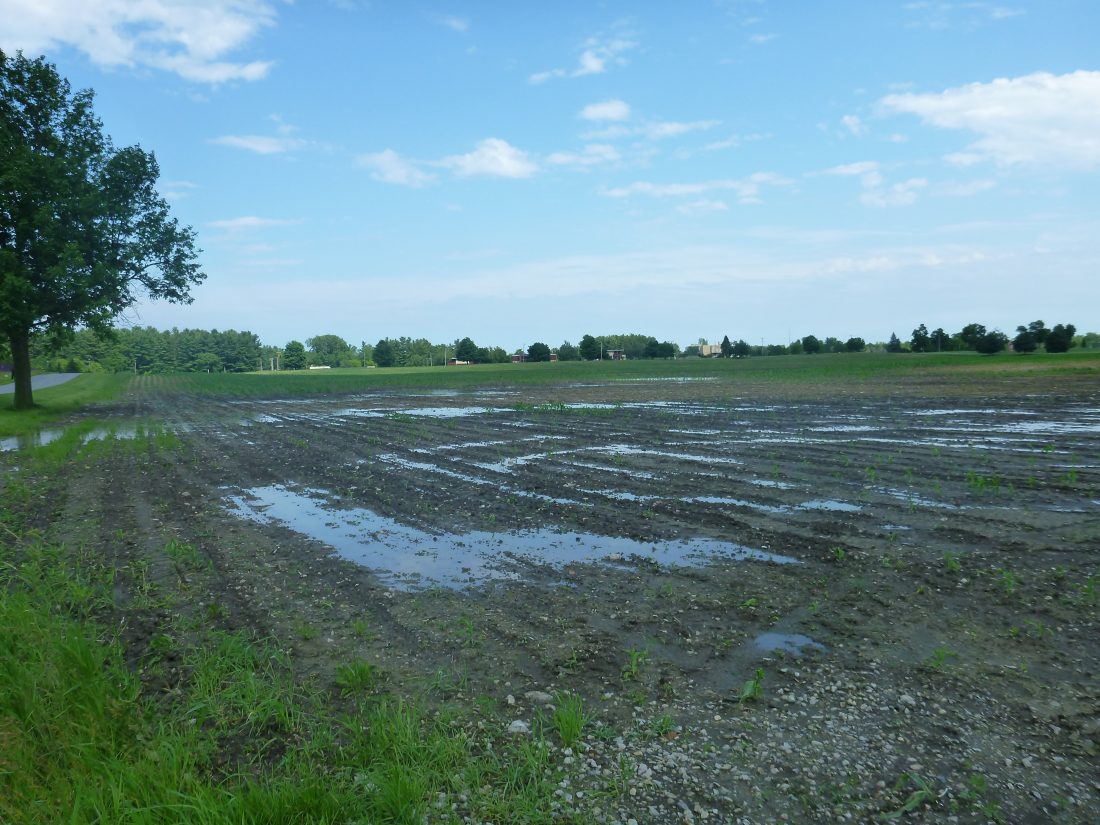 As we get together with family and friends to celebrate Independence Day, an old farming adage comes to mind, one that has been used for generations to help benchmark the progress of corn crops: “knee high by the Fourth of July.”

The saying appears to have roots in the Farmer’s Almanac, which used to predict that if corn was knee high in early July, the crop was off to a good start and would likely continue to thrive and produce a bountiful harvest. Many farmers still look to the Fourth as a milestone in the growing season.

This year, unseasonably cool temperatures and unrelenting rainfall delayed spring planting in a lot of northern New York fields. Many farmers waited for short fair-weather windows, or until they simply couldn’t wait any longer for soils to dry, to plant. Cool soils dry slowly. And planting into soils that are too wet can result in compaction and poor seed-to-soil contact, which leads to inconsistent germination and restricted root growth throughout the season. What’s more, a lack of sunshine can slow crop development.

As of early June, corn planting on many farms had barely started. For dairy farmers who grow their own forage to offset some of their operational costs, this can mean smaller harvests and lower yields, which could result in having to buy feed they would normally have grown at a time when there’s a domestic dairy marketplace glut; one which has resulted in a five-year industry-wide slump in what farmers are being paid for the milk they produce.

Hopefully, that will change. In January at a Dairy Day event in Watertown, hosted by CCE’s North Country Regional Ag Team, the speaker was Cornell University E.V. Baker Professor of Agricultural Economics Andrew M. Novakovic, whose expertise is in understanding the economics of agricultural and food product markets, with a particular focus on dairy foods. He offered a somewhat optimistic outlook for domestic sales of fat-based dairy products (e.g. cheese, butter, ice cream), telling his audience that domestic demand is growing and will, he believes, result in slightly increased milk prices in the near future.

Novakovic remains less hopeful, however, about the international marketplace, where exports for both fat-based and skim-based products are expected to decline this year. In a recent press release, the National Milk Producers Federation asserted that “New U.S. tariffs on Chinese goods, the result of derailed negotiations between the world’s two largest economies (and the third-biggest importer of U.S. milk), are likely to invite further retaliation, compounding the sharp drop in dairy exports we’ve already seen to China.” As China and other trading partners look for dairy goods from other exporters, such as the European Union and New Zealand, U.S. companies have been pursuing potential opportunities to enhance dairy exports by entering into markets in Vietnam and Thailand. But as Professor Novakovic points out, they simply can’t yield the same demand as China, a nation of more than a billion people.

According to Cornell University’s College of Agriculture and Life Sciences, approximately 1 million acres of corn are planted in New York state annually, of which 55% is typically grain corn (including dry-shelled and high-moisture). Corn silage represents the remaining 45% of the planted acreage.

American farmers planted nearly 86 million acres into corn last year, making it the largest and perhaps the single most important crop produced in the United States today. Worldwide, corn is second in production only to rice.

CALS recommends growing corn on moderately well-drained to well-drained soils because corn grown on poorly drained soils can drown out during wet May conditions or show yellowing and reduced growth and delayed development during wet June conditions. What’s more, if nitrogen fertilizer is applied on poorly drained soils before or at planting, much of it can denitrify and escape into the atmosphere during a wet spring. (On excessively drained soils, much of the nitrogen applied before or at planting will leach out and escape into the water table.

Cornell researchers emphasize the need for growers to make hybrid selections based on how the hybrids perform over multiple years, multiple locations and soils, and under varying weather conditions. Selection should be based on the mix of corn traits that best fit individual farm-business needs as well.

It’s important to note that our region’s farmers have fared relatively well this spring when compared to farmers in the Midwest. And in the long run, they’ll measure their success after they harvest. To that end, it’s essential that they maintain healthy crops throughout the growing season.