Dreaming of an early ice-out with ski poles in hand 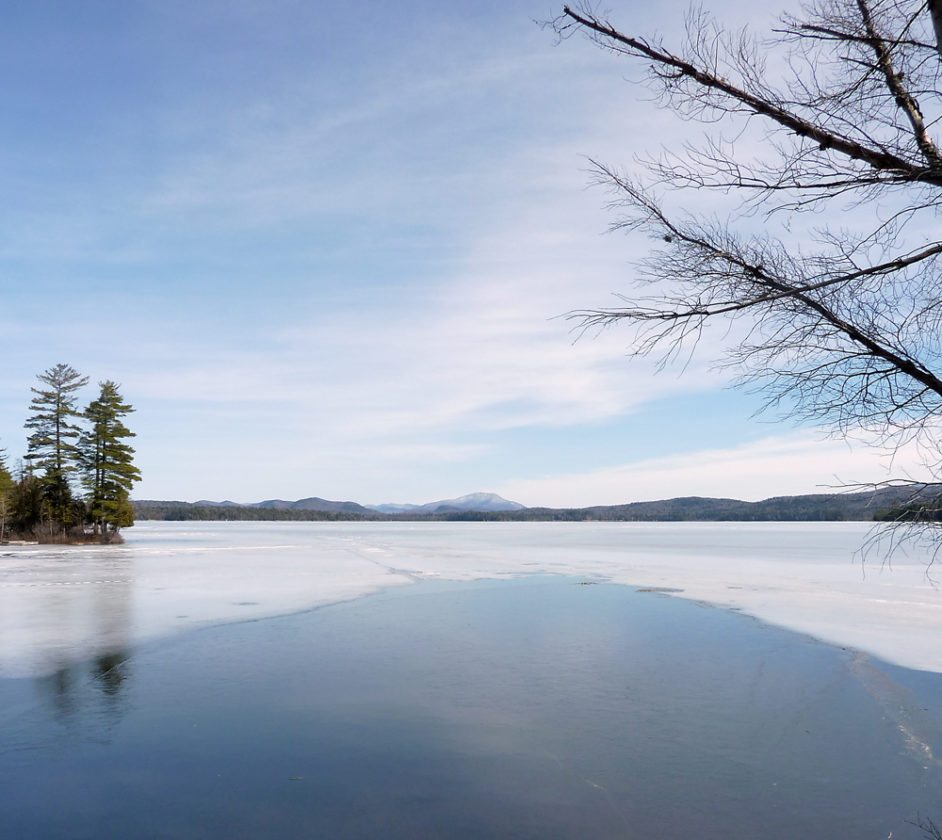 It won’t be long before ice on the local waterways begins to recede and fishing season begins. (Provided photo — Joe Hackett)

Although there’s currently more than two feet of snow in the deep woods, and a thick layer of black ice covering the local lakes and ponds, it’s time to think ahead.

While the trout season does not open until April Fools’ Day, it will continue to attract plenty of April fools. However, at the current rate, the lakes and ponds may actually be covered in ice when Mother’s Day rolls around.

It’s getting closer to that special time of year. I’ve already started poring over the maps, researching the stocking reports and calling up a few of the old-timers who I’ve always reached out to for solid advice.

Unfortunately, the number of old-timers left around continues to dwindle … sort of like my memory. Even though I may no longer know where to go, I still remember what to do when I finally get there, fortunately.

Similar to many Adirondackers, I’ve been fishing for brookies for so long it has become a reflex reaction. Some mornings, after I’ve waved away yet another damn lady bug from the window sill, my casting arm continues to follow the rhythm of the cast, “one and … two.” To say that I am anxious to get on the water would be an understatement.

I’ve already polished all of my Lake Clear Wabblers and sharpened the hooks on my favorite lures. I’ve even snelled up a couple dozen hooks.

I like to use lighter line for my snelled hooks than I have on my reel. Not only is the lighter test line more natural, it will break off more easily than the line on my reel. If I do happen to snap it on a snag or a fish, I will only lose a short bit of line and a hook, rather than a couple of snap swivels and a $6 Lake Clear Wabbler.

I tie up a couple dozen of these Lake Clear Rigs in 4-, 6- and 8-pound tippet mono. Although tippet material is more expensive than regular mono, it is stronger, more supple, less visible and it will stretch a long way before snapping. Essentially, tippet material is intended to function as a shock absorber for fly rodders, but it can do double duty on shorter rods, especially when it’s flashing behind a spoon.

I have also been scouring a stack of old maps and stocking reports.

Although I earned my angling education on the waters of Lows Lake and surrounding ponds, I’ve also put in a lot of time on the waters in and around Cranberry Lake and the surrounding Five Ponds Wilderness. As I have been told by many of the old-timers in that region, “That’s some big country, where a man could walk for weeks and never see a soul.”

Although I’ve seen a good share of our local big woods, there are only few places left where a man or woman can wander for days without coming across another traveler. While there are still plenty of wild patches in many parts of the park, it requires a special sort of traveler to set off into the really deep woods. More often than not, it’s an angler, a hunter or some other traveler who is “on a mission.” I would know. I’ve been there, done that and just can’t wait to do it again.

The pile of maps on the desk is slowly winding down, and the focus of the first full outing has already been confirmed. While the lake and ponds of the St. Regis always provide quick and easy access to the interior, I want to fish where others don’t. It’s not that I don’t enjoy company, it’s just that I’d rather spend time with the trout.

With another nor’easter looming on the near horizon, it appears there will be plenty of snow in the woods to keep the skiers and ‘shoers happy for a while. It’s important to remember the sugaring season is already underway, and as always there will be a daily influx of winged wanderers on the local flyways.

It’s a good time to restock the bird feeders and to get in the last long ski trip of the season. I expect the next time I’m in the deep woods, I’ll be carrying a far different set of poles or pulling a canoe over the snow. Get out and enjoy it while you can!