Take your time during winter travel 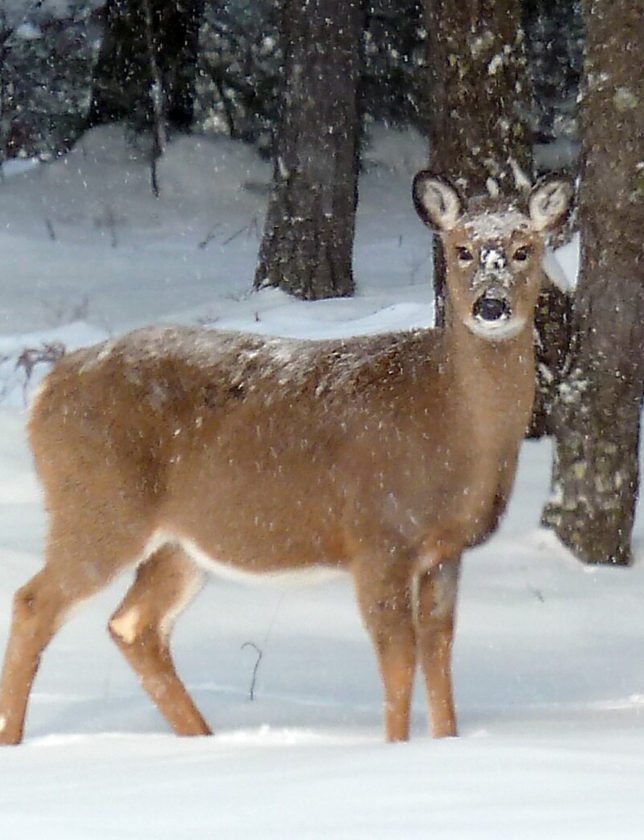 As I work to finish up this week’s column, the warm sun and a cloudless sky have combined to create a bluebird day. It’s already sunburn season, and yet the local snowpack has remained surprisingly intact.

As has been my habit of late, I was out skiing with the rising sun again this morning, enjoying the burgeoning light of day and listening to the awakening forest. It has been a quiet contrast as compared with my late-day sojourns. There hasn’t been nearly as much chatter in the woods, and the snow has been soft.

The rhythmic cadence of sliding skis and planting poles puts me in a zone where my senses are totally tuned in, and the clatter of civilization is tuned out. All of that sort of stuff no longer matters when you’re in the woods.

I suppose marathoners experience a similar experience when they are “in the zone.” However, my regular rambles on skis are far less aerobic than running a marathon, and they don’t require a defined finish line. I don’t go for a workout, as often as I go to work things out.

It is the same, regardless of the season. The time we spend outdoors provides us with our most authentic experiences. It is right there in black and white. It’s never as apparent as in winter, when you can taste the fresh, cold air filling your lungs and watch each breath crystalize before your eyes.

Although the winter season often appears to produce a soft, gentle and delicate environment, it also has the capacity to be the most dangerous season of them all. It can transform a simple walk in the woods or a short drive in the country into a life-threatening event. As I write these words early in the week, there has still been no sign of Constantinos “Danny” Filippidis, a Canadian skier who vanished from the slopes of Whiteface on Dec. 7. (Editor’s note: Filippidis was found Dec. 14 in Sacramento, California.)

The search involved as many as 140 people a day — some state employees and others volunteers — plus helicopters, drones, dogs and other equipment.

While it is entirely possible for a skier to disappear into the hollow of a spruce, it is not a common occurrence at ski centers where the forest is cut back to accommodate trails and ski patrolers make an effort to keep skiers within the boundaries of marked trails. I’ve encountered spruce traps while snowshoeing in the High Peaks, but fortunately I never needed assistance to get out. I expect it could have been a totally different situation depending on the depth and consistency of snow cover and the hours of daylight.

Unfortunately, the only way to learn how to handle winter weather is to experience it. Most local residents recognize that fact, and they have learned how and when to travel.

Despite an upbringing that featured plenty of winter play, it can be whole different matter when you’re confronted with factors such as winds, rain, deep or crusted snow, ice, high water and diminishing hours of daylight.

Fortunately, I’ve learned some valuable lessons along the way. I suppose the most valuable lesson has been: “Take your time. Tomorrow really is just another day.”

Too often, in our haste to “get there,” we don’t take time to appreciate everything that’s available along the way. Haste is a waste of time that’s better utilized at another time.

Time is a comodity that’s often wasted by the young, and cherished by the aged. Unlike so many things in life, we only learn to appreciate it when we have to earn it.