New season in the woods and on the waters 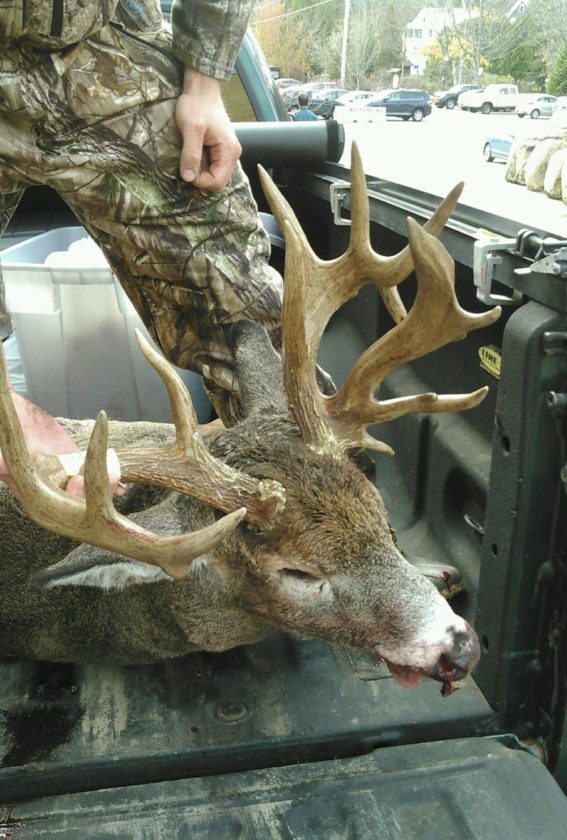 Hunting is a skill that requires a heavy dose of practice, patience, preparation and endurance. (Provided photo — Joe Hackett)

At this time of year, the ever-diminishing length of daylight hours triggers a natural hormonal responses in all wild creatures — ranging from whitetail deer to brook trout, wild turkey and the always entertaining woodcock, an odd shaped bird that can be found dropping out of the sky as part of an annual mating ritual known as the “dance of the timberdoodle.”

The steadily dropping temperatures will also prompt whitetails to fatten up as they put on thick winter coats and start chasing the does. At the same time, the season serves to bring out a bit of the wild in all creatures, especially humans.

Autumn has traditionally been considered the season of the sportsman, as it always ushers in a wide variety of outdoor pursuits that may include hunting and fishing, climbing and paddling and, on occasion, the possibility of some early season ski touring.

While these common activities have long had a masculine bent, they have increasingly embraced the presence of females afield in recent years.

It should come as no surprise because it’s only natural. In the wild, nearly all creatures hunt and scavenge, regardless of their gender. Why should it be any different with humans, the planet’s apex predator?

Although the grand old Adirondack tradition of tromping off to “hunting camp” remains securely rooted in the historic bedrock of the North Country, there has been a slow, but steadily number of women who are taking to the forest and field every year. Fortunately, my daughter happens to be among this group of women.

When we participate in the hunt, there is an undeniable natural bond that links us to each other. It is natural process, an indescribable notion that is palpable only among those who have shared it. I suppose it has something to do with the natural dynamics of sharing an activity that presents us with authentic life and death decisions. It is the reason “safety first” remains the primary tenet of taking afield.

Although hunting is no longer considered necessary for subsistence in most camps, there’s evidence that you’ll hunt harder, longer and remain more focused when you’re hunting on an empty stomach.

“Trust your gut” is an old saying that illustrates the efficiency of the human hunting instinct. It has more nerve endings than any other organ in the body, which is why it can sense danger sooner than any other organ. Your stomach will rumble before “goose bumps” appear on the back of your neck. It is most commonly relied upon to signal the basic necessities of hunger, food and even sex.

Hunting comes to us naturally, but it is a skill that requires practice, preparation, endurance and patience, which are just a few of the skills that makes females more effective. Even though it is considered an instinctive behavior, it must be honed and is only achieved with practice and patience.

Be aware in the woods

With the high holy days of the sporting season looming on the near horizon, it’s important for outdoor travelers to be prepared to handle rapidly changing weather conditions, and the over-crowded trails. Trailhead parking lots were again packed with hikers over the Labor Day weekend, as hundreds of vehicles lined both sides of state Route 73 from the Crazy Eights intersection all the way to Scarface, McKenzie, St. Regis and beyond.

Hikers, hunters and climbers must remember that it’s just as important to look back as they move ahead. As one old-timer explained, “I don’t always know where I’m going, but when I get there I like to know where I’ve been.”

In this regard, the Adirondack woods can be very deceiving. The region remains a land of extremes, with unpredictable weather patterns, deep wood bogs, impenetrable swamps and dynamic weather.

Even with well-marked trails and plenty of company, it’s easy for anyone to get “a bit twisted up” at times. It’s especially important to note that the sun doesn’t always shine on the High Peaks, depending on which side of the hill you’re on. As an old Ranger explained to me, “If someone claims they’ve never been lost in the woods, they’re either a damn liar or they never got off the trail.”

With the annual big game hunting season set to begin in just a few weeks time, it may be time to revisit the old “How to Use a Map and Compass” book. Although cell phones and hand-held GPS units can be very helpful when you’re disoriented; they are absolutely useless when they run out of battery power.