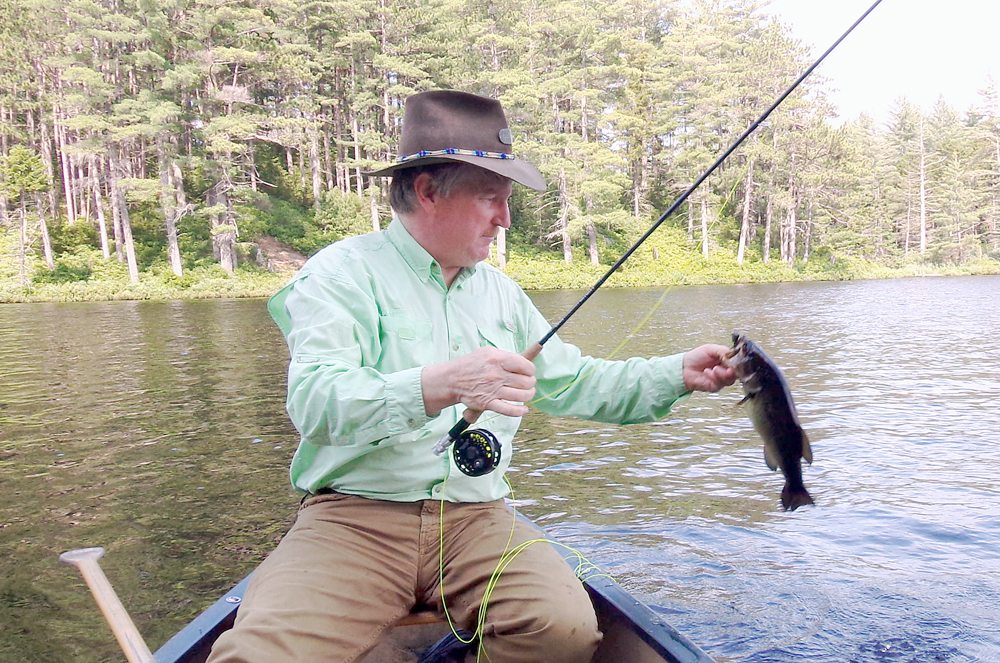 As the seasonal shift from spring to summer continues, water levels on the local rivers and streams remains quite high. A deluge of rain that hit the area early last week again forced the closure of several hiking routes in the High Peaks Wilderness Area.

The recent closures come fast on the tail of earlier washouts that had damaged bridges and washed out trails throughout the High Peaks region. For up-to-date information, visit the state Department of Environmental Conservation Region 5 website at http://www.dec.ny.gov/outdoor/9198.html.

The wet weather forced the closure of several mountain bike trails in Wilmington. It also impacted the angling opportunities on the West Branch of the Ausable, the East Branch in Keene and Keene Valley and the Boquet and the Saranac watersheds.

Anglers should stay cautious while wading, especially in areas with heavy debris. I expect waters will continue to run high, and trails will remain soggy for a while.

The Fourth of July holiday typically signals the launch of the tourist season across the region. Trails will be busy, traffic will be slow and sidewalks will be congested. Enjoy it, as Labor Day is only a few months off and it will be time to roll up the sidewalks again. 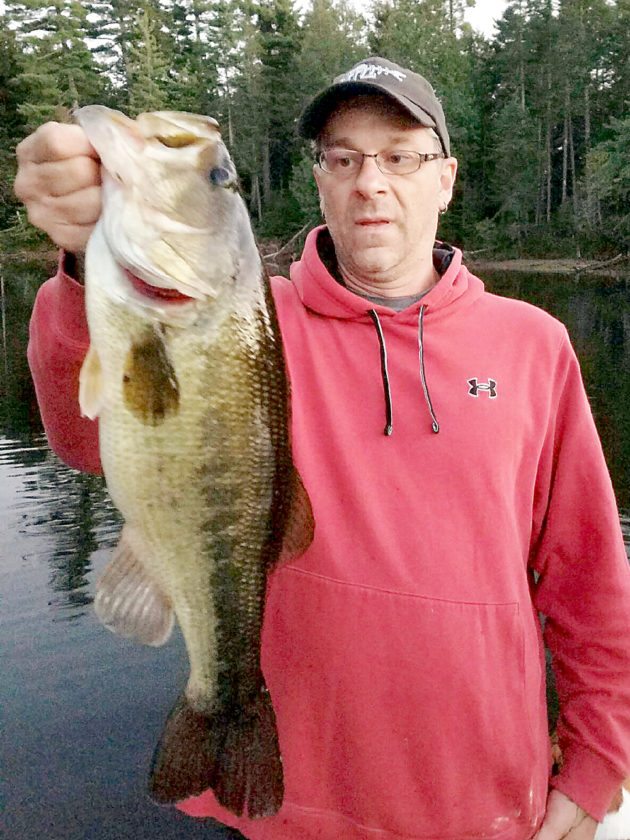 Tom Granger took this 6-plus pound largemouth bass on the Raquette River while tossing a soft bait. The fish was weighed and promptly released to fight another day. (Photo — Joe Hackett)

It is a sign of the times, which locals have learned to deal with as best they can. For the next three months, the route to and from Lake Placid from Northway Exit 32 will host a long line of bumper-to-bumper traffic on the weekends. Fortunately, it’s only 20 miles of travel and the scenery is fantastic.

Over the past week, I’ve spent a far bit of time fishing for brook trout on the ponds and popping for smallmouth bass on the lakes. Typically at this time of year, my attention turns to bass as water temperatures become too warm on the streams. However, it hasn’t been a problem this season, as regular storms have provided cold water and much needed oxygen to the waters, while also providing a variety of food into the mix.

As a result, I’ve had success casting flies on the rivers and streams, and also while trolling streamer flies on sinking lines. At the same time, I’ve enjoyed steady action on the smaller streams and beaver ponds, especially late in the early morning hours and at the end of the day.

I’ve also enjoyed a couple of late day/early evening outings that were spent fly casting poppers for bass on the lakes and ponds. Although we suffered through hordes of no-see-ums at times, the bothersome bugs were never a problem when big bass were on the line.

On one particular evening while floating a canoe down a local river, I was unnerved by what appeared to be a distress call. The blood-curdling shriek raised hair on the back of my neck.

I didn’t know what to make of it at first, and frankly I really wasn’t too eager to find out. However, the noise came from the far end of the flow, where I had launched my canoe. To make matters ever more interesting, my flashlight was dimmer than a drunken fire-fly and the no-see-ums were so thick I could see ’em.

Fortunately, I was able to make it safely down the flow by following the silhouette of tag alders on the high bank. As I neared the take-out, another eerie shriek rang out from across the flow, which was promptly followed by a seemingly sinister combination of laughter, grunting, screeching and snorting.

I had heard similar commotions in the past, which I had mistaken for the screech of bobcats. Fortunately, I was later set straight by an old trapper, who explained the source of all the screams, shrieks and terror was actually a relatively placid creature.

In a mild, plain-spoken manner, he explained with a laugh, “I expect you’d make a hellacious racket your own self, if you was out there in the dark making whoopee with a porcupine?”

The experience also provided me with an answer to the age-old question, “How do porcupines make love?”

Based on my limited experience and the sound of things, I’d say, “Not very carefully.”

They do in fact, mate belly to belly which is the only part of their body not covered with quills.

As I loaded up the canoe, the wild laughter of coyotes exploded again in the distance. Research indicates a coyote’s howl and their short, high-pitched yelp can be heard at distances of up to 3 miles, depending on weather conditions. It will sound much closer on a still day or in the dark of night.

However, when you hear the combination of coyotes, porcupine and loons wailing a wild symphony in the dark of night, it will seem as if they are right in camp. The next generation of coyote pups have already arrived, and you’ll soon be hearing their songs riding on the night winds. Sleep tight!