In the company of graduates 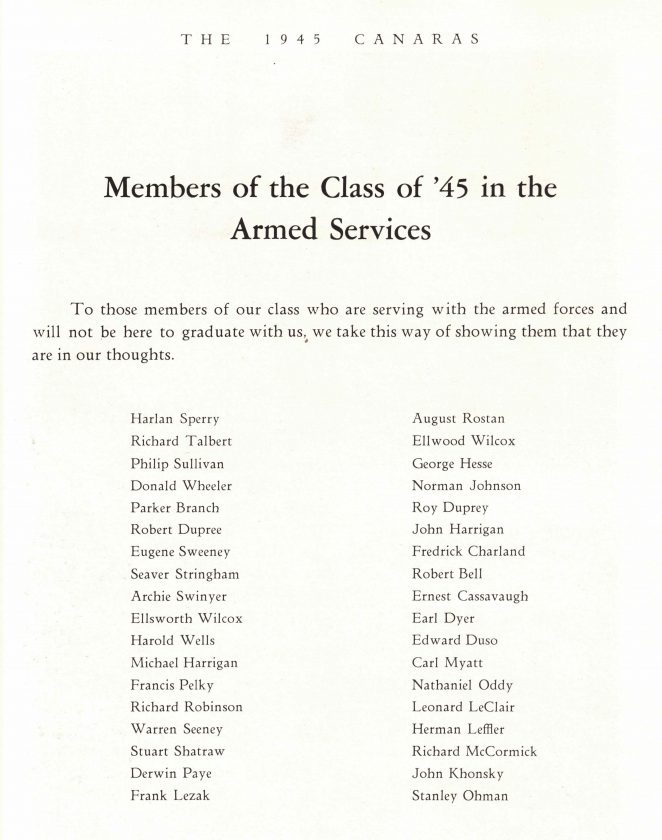 This June, the graduates of the Class of 2020 have walked through Saranac Lake High School one at a time to receive their diplomas with no other classmates beside them. It might be comforting to know that this is not Saranac Lake’s first lonely graduation ceremony. At the high school’s first graduation in 1896, there was only one graduate, Francis H. Slater.

Mr. Slater went on to work as a lawyer, and he kept a fond place in his heart for his humble academic roots. Later in life, he wrote a letter to the alumni association, saying, “I can think of nothing in my career which would be of any interest to those who have since gone out from the Saranac Lake High School, unless it may possibly be the fact that I am still trying to pay my just debts and with more or less success to apply the Golden Rule in business, as well as personal, affairs. … I have my High School diploma framed and hung in a conspicuous place in my private office, and am proud to have my name in the list of the alumni.”

Today’s students face an uncertain world, but they are in the company of young people in history who also confronted adversity. The first floor at Lake Placid High School is lined with photos of graduating classes. There on the wall are two extra photos for the wartime classes of ’44 and ’45. Eleven boys graduated early in January 1945 to go off to war. Five boys were in the next year’s January class. The June photos for both years are almost all girls.

Almost every boy in the Saranac Lake High School Canaras 1945 yearbook lists his future plans as entering one of the branches of the military. The yearbook lists the names of 36 boys who could not attend graduation because they were serving overseas.

Three years later, the war was over, and the 1948 yearbook shows a full senior class. Under the photos of the graduating boys and girls are a multitude of plans for the future: engineer, teacher, mechanic, homemaker, farmer, doctor and a few “undecideds.” The young faces of Howard Riley, Natalie Leduc, Art Levy, Hilda Castellon, Manny Bernstein and Richard Yorkey smile out from the pages with so much determination and promise. 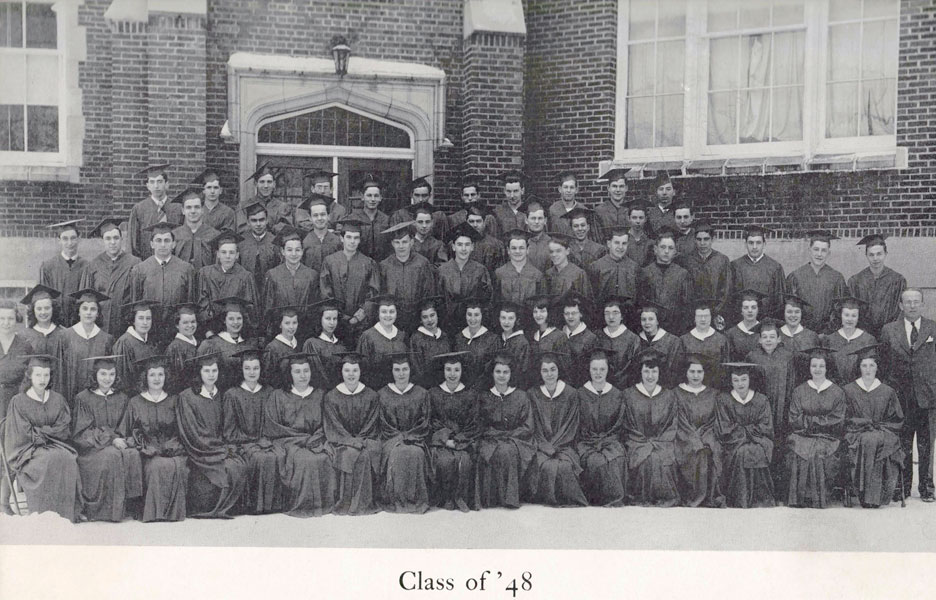 Born during the Great Depression and raised during World War II, the Class of 1948 didn’t take things for granted. Through challenging times, they learned the importance of hard work and the value of community. Class of 2020, you are in good company.