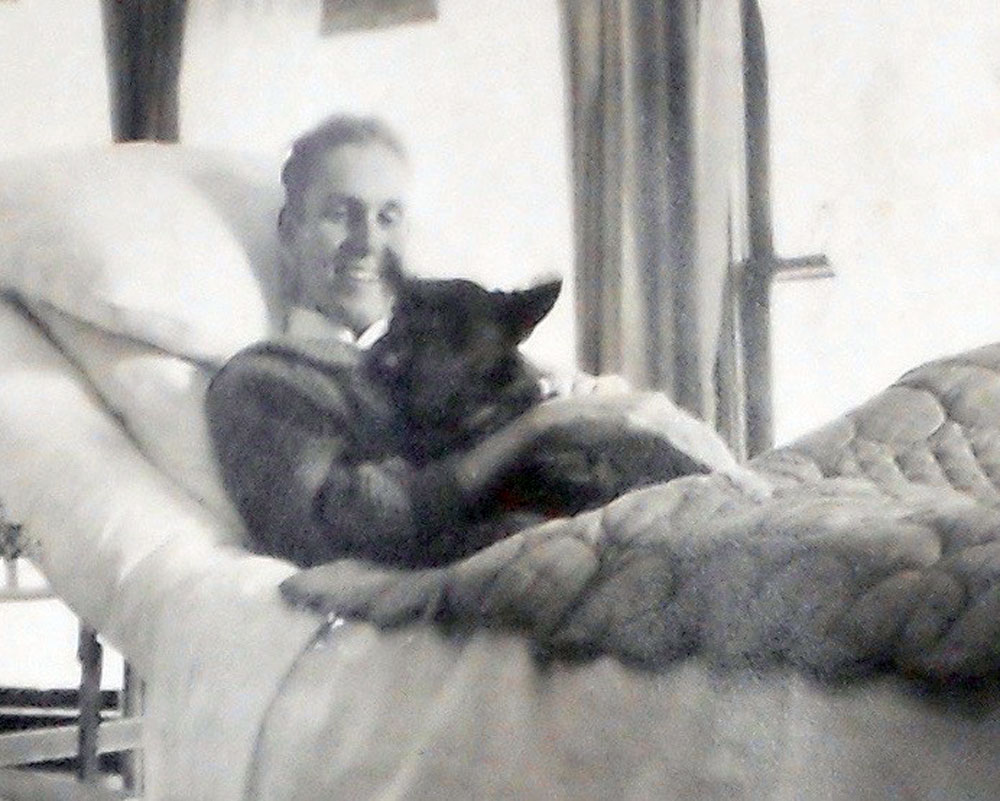 During these days of solitude, many of us are finding great comfort in our animal friends. Blissfully unaware of troubles in the world, our pets are thrilled that their humans are spending more time at home.

Pets are a source of companionship and joy for us now, just as they were for the tuberculosis patients of the past. During the TB years, many patients spent two years or more mostly in bed. Cut off from family and friends, patients were often lonely, scared and anxious. Animals provided friendship and distraction from worry. Some wealthy patients rented entire houses for their cure, and they were able to bring their pets with them to Saranac lake. John Black came from Mansfield, Ohio, with his dog, Buddy. Sadly, John eventually lost his struggle against TB, and the John Black Room Room at the Saranac Laboratory Museum was built in his memory. In this photo, John looks very frail, but you can see how happy he was to be with his dog.

Most working-class health seekers would have had to leave their pets at home. Dr. Heise, the dignified and serious medical director at the Trudeau Sanatorium, often brought his friendly Newfoundland named Jack on his rounds. Jack must have delivered cheer to patients missing their own dogs. We do not know if Dr. Baldwin’s cat accompanied him on patient visits, but his feline friend did join him for this jaunty photo in the snow. Dr. Baldwin, his wife Mary and the cat are ready for winter with their warm fur coats!

Wilderness author Martha Reben befriended local wildlife of all kinds. Over the course of many years, Martha cured for TB in the woods with her friend and guide Fred Rice. She wrote several books about her experience and described in detail the friendships she made with the chipmunks, birds, squirrels and raccoons that visited her campsite. When Martha moved back to the village, she lived with a favorite pet duck, Mr. Dooley, and the two were frequently spotted around town together.

One well-known pet around town was Eddie Vogt’s dog, Clarabelle. Eddie came to Saranac Lake in 1937 to cure at the Will Rogers Memorial Hospital, following a career as a stage, vaudeville and silent film actor. After his recovery, he conducted a Sunday afternoon program on WNBZ, playing old-time records. In the 1940s, he began writing a popular column in the Adirondack Daily Enterprise called “Our Town.” Eddie humorously featured Clarabelle in his column, writing, for example, “Yesterday was another one of those days when living with Clarabelle was, shall I say, just a little difficult. It was all because she had received a post card from Paris on the early mail. It was from Mr. and Mrs. Otto Hayman, formerly at Will Rogers, and they wrote: ‘Dear Clarabelle: Why be a frustrated old maid? Don’t be a dope! Come to Paris. Six dogs to every native — from hummingbird to donkey size.'” 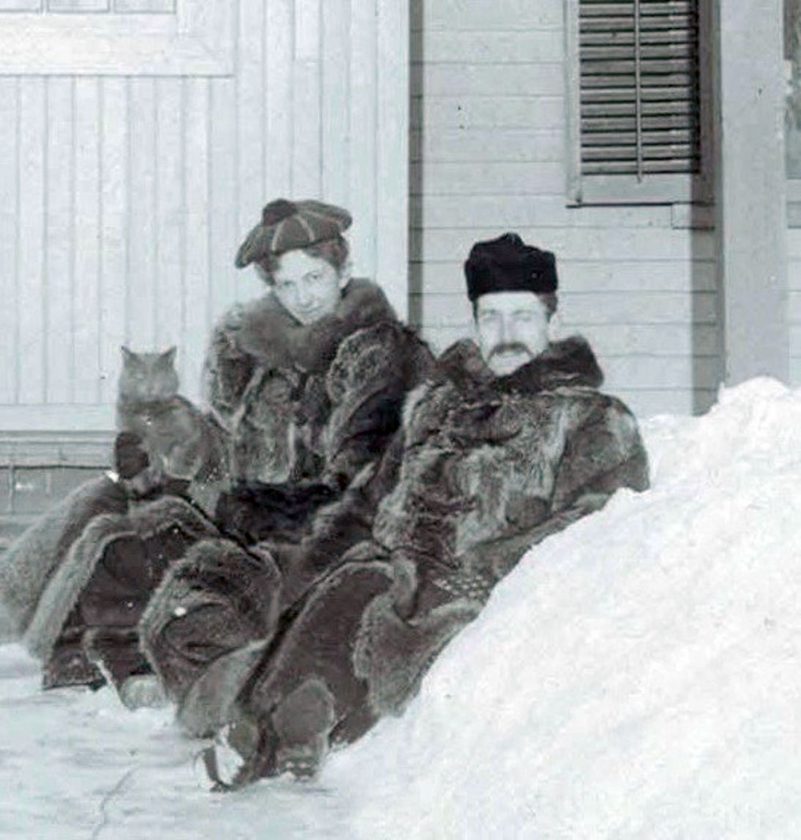 Through “Our Town,” Eddie and Clarabelle were helping to keep Saranac Lake a tight-knit community even as the TB industry was coming to an end. Eddie’s column served as an inspiration for later commentary by Bill McLaughlin and Rip Allen.

In phone calls with family and friends during this unusual time, our conversations take a happy turn when we talk about our pets. From one friend’s playful old cat in Ray Brook to a cuddly black cat at Will Rogers, to Walter the brown dog here with me, it’s a good time to appreciate our four-legged friends. What pets, past or present, do you count as cherished friends? I hope you will drop me a line to let me know. 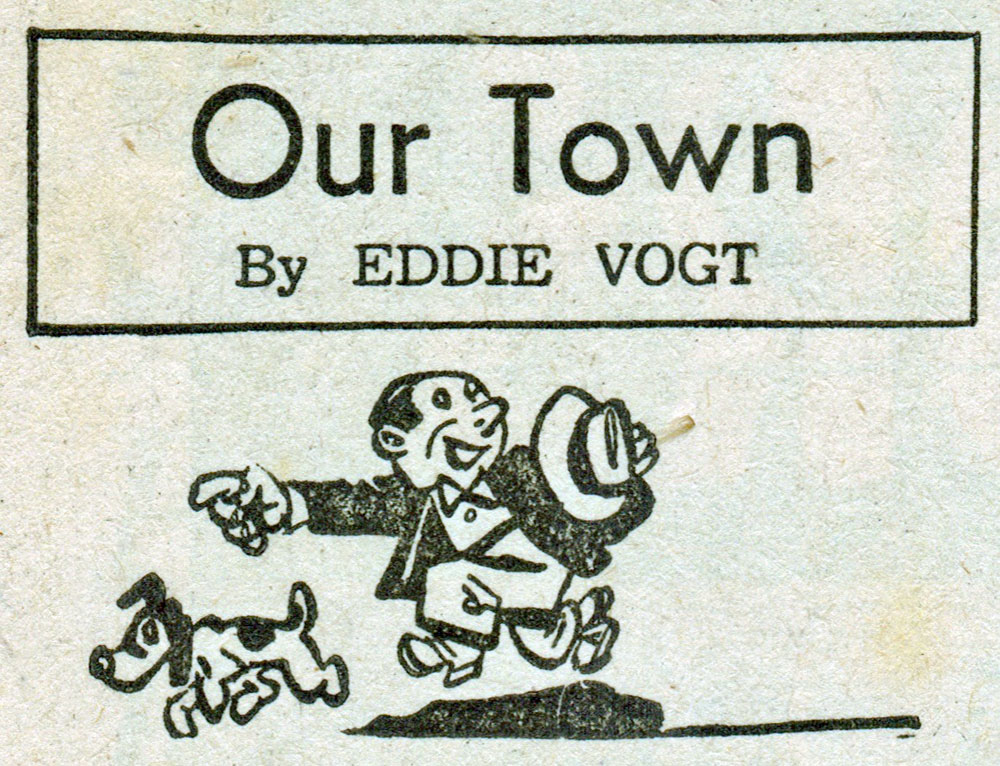 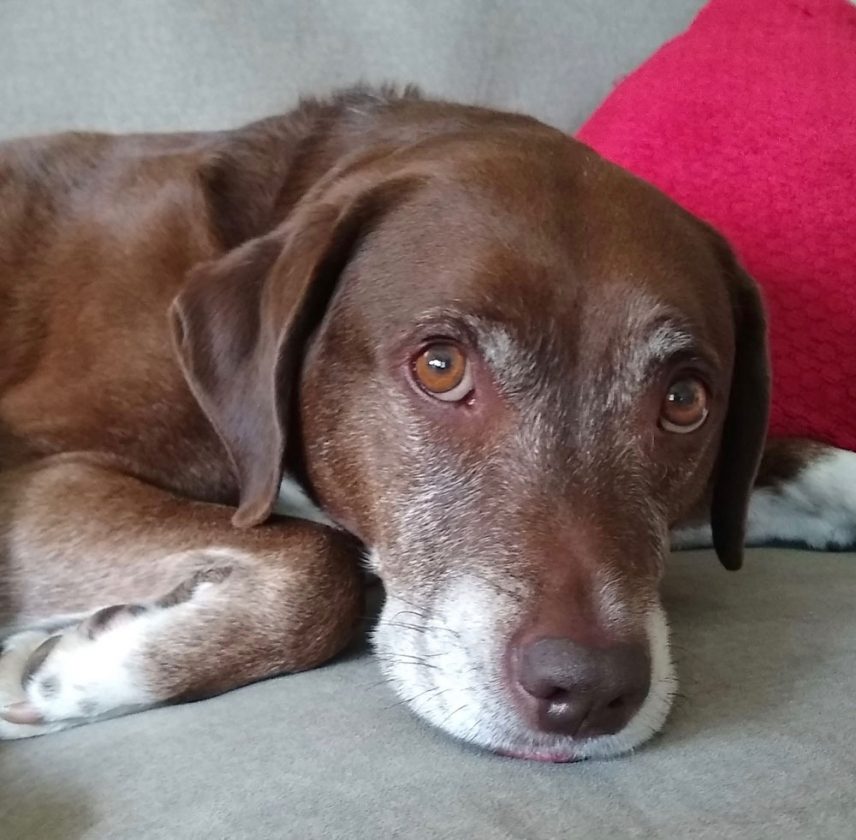