A guide carries a guideboat for a “sport” circa 1905. (Photo courtesy of the Paul Smith’s College Library Collection) 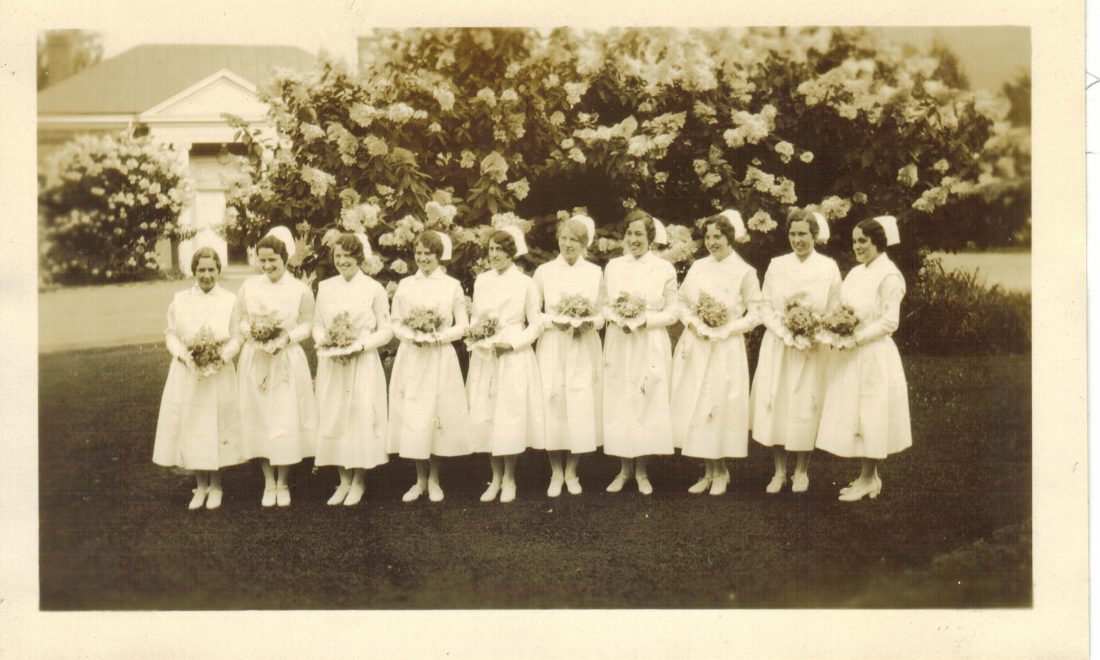 Saranac Lake’s tuberculosis economy depended on the labor of many essential workers. In honor of today’s heroes, here are a few favorite stories of brave helpers in local history.

Nurses and doctors risked their own health providing care and companionship to tuberculosis patients far from home. Our museum archive is full of hundreds of photos and stories of these courageous women and men. In her book, “Wish I Might,” Isabel Smith writes warmly about her doctor, Francis B. Trudeau. He is somewhat overshadowed in history by his famous father, founder of Saranac Lake’s TB industry, Dr. E. L. Trudeau. But Francis was widely respected for his kindness and his fierce dedication to his patients. Ms. Smith described his “inimitable hearty roar of good spirits which, then and always, enveloped me like a blaze of sunlight.”

Members of the clergy provided essential support to patients in need of spiritual comfort. Alone and facing a dreaded disease for which there was no cure, many patients felt lonely and afraid. Serving as the parish visitor for the First Presbyterian Church, Christine Burdick visited 2,000 bedridden patients in just one year.

Hard-working wilderness guides were the backbone of the local economy. They made possible the recreation of wealthy sports from the city, bringing welcome cash into what was largely a barter system. The hotels and great camps of the Adirondacks depended on the guides’ deep knowledge of the woods, lakes and wildlife. Dr. Edward Livingston Trudeau counted local guides Fitz Greene Hallock and Albert McKenzie as lifelong friends and hunting companions. A group of guides purchased 16 acres on Mount Pisgah as a gift to the doctor and the site for his sanatorium.

Many of Saranac Lake’s first responders go down in history as pillars of the community. One such man was William Wallace. He served as chief of the Saranac Lake Police Force for 27 years. Bill McLaughlin wrote that Chief Wallace “was as fine a chief of police in his quiet but forceful way as any village could ask for. He lived the job but he never let the majesty of the law outweigh his own sense of justice and mercy and everyone was the better for it.” 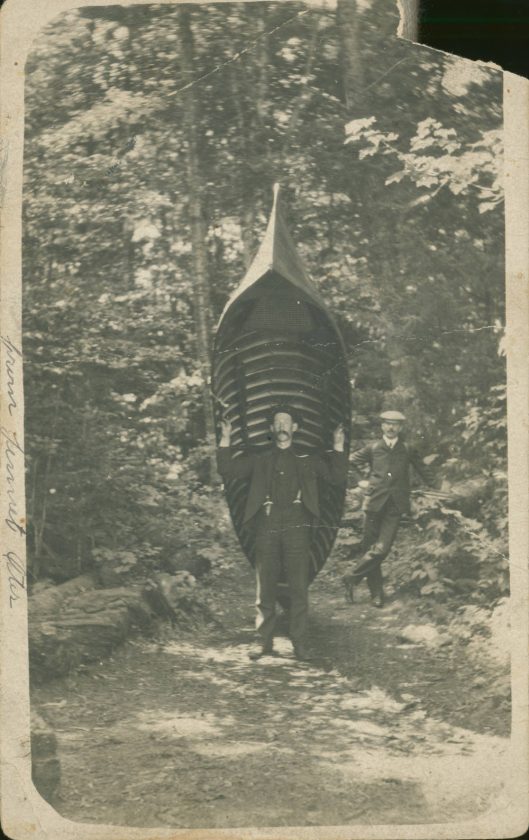 A guide carries a guideboat for a “sport” circa 1905. (Photo courtesy of the Paul Smith’s College Library Collection)

Cashiers and retail employees perform an essential service, and shopkeeper Charlie Green holds a special place in Saranac Lake history. He came here from England with TB after World War I. After his cure, he made Saranac Lake his home and became part of the fabric of the community. He generously offered goods on credit during difficult times, telling customers to pay him back only when and if they could.

It’s not easy to make a living in the Adirondacks. Then, like now, Saranac Lakers worked hard to survive. People risked illness working in the TB industry, often because they simply needed the money. Many young people delivered meals to TB patients to help put food on their own tables at home. One tray boy told the story of eating food that the patients left on their trays to stave off hunger.

For every person remembered in history, many more names slip quietly into the past. We know about far more doctors than housekeepers and deliverymen, but the TB industry relied upon their brave hard work as well. Here’s one story we know, told to us by a museum visitor. About 120 years ago, Edna Dubray was a housekeeper at the Trudeau Sanatorium. One day, a railroad deliveryman named David VanNortwick brought a package up to the San. Edna and David met and fell in love. Soon they married, and Dr. E.L. Trudeau offered to let them honeymoon in Little Red, the first little cure cottage at the Sanatorium. The couple settled in the village and raised a family of nine children. Some of their children went on to serve in the second world war, and some became employees in the local sanatoria.

What stories do you know about helpers in our history? Contact us or share what you know on our wiki site at www.localwiki.org/hsl.

Would you like to thank an essential worker who is helping us get through this time? Please mail or email your thank-you note to us at the address below. We will be decorating the Cure Porch on Wheels with your notes of appreciation!