Ralph’s book: how an artifact came to be 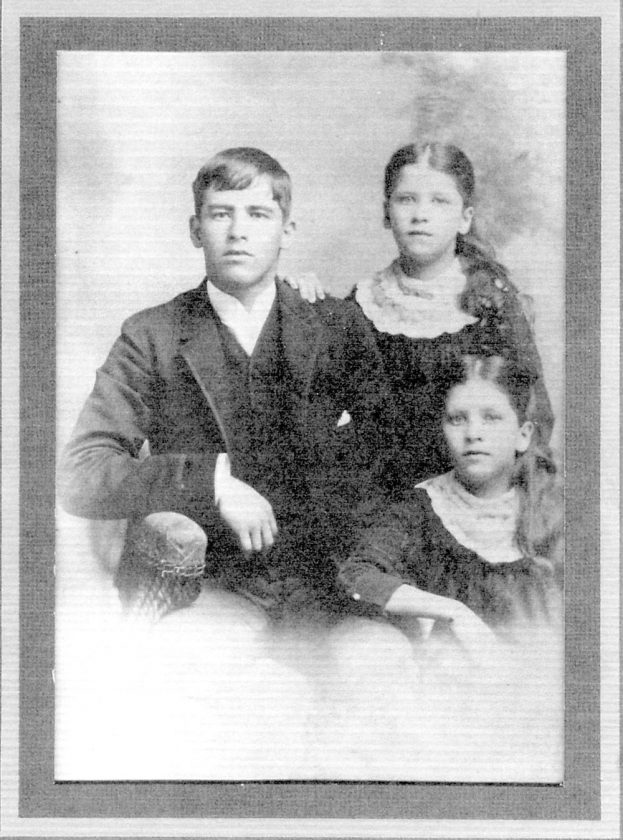 Behind glass in the little room beneath the southern gable of Baker’s in Saranac Lake, in the room Robert Louis Stevenson called his study, rests a red hardcover book with a singular bragging right.

It is the only copy of “Treasure Island” inscribed by the author with public access in the whole world. There is no other, unless it is fake or recently turned up.

Why is this solitary copy in the white house on Stevenson Lane? There is a sad ingredient in the story.

Among the relics catalogued in the 1916 Annual Report by the Stevenson Society is said book’s description: “‘Treasure Island,’ with autograph inscription.”

No boy lives but would treasure such a volume as this. It was presented by R.L.S. as a Christmas gift to the young son of Mr. and Mrs. Andrew Baker, his hosts.

Loaned to the Society by Mrs. Andrew Baker

Andrew Jackson Baker had built his house for his new bride, Mary Scott of Michigan, and their family to be in 1866. It would be their only home for 58 years. For the last seven of those years, it would be known to the world beyond as the Robert Louis Stevenson Memorial Cottage. Like Alfred Donaldson said in “A History of the Adirondacks”: “But so does fame become a thief. Your sturdy woodsman toils long and late to possess his home, and a stranger with long hair and a velvet coat, passing that way steals it from him by lodging in it for the night.”

When it came to turning their house into a museum, the Bakers were an accommodating family. It started in 1915, when they gave permission to the Stevenson Society to place a commemorative plaque on their veranda where RLS paced around for exercise when the snow was too deep to let him into the woods. A year later they rang Baker’s bell again to ask them to rent out two of the rooms, which had been used by Stevenson in the winter of 1887-88. The Bakers obliged, and why not? Here was another windfall profit to enhance their budget, courtesy of their former tenant. For $25 a month, a contract was drawn up that stipulates that “said rooms shall be furnished with the same furniture as was used by Robert Louis Stevenson.”

Along with some extra income, Andrew and Mary had thus become the custodians of a museum in their own house. Even better, the Stevenson Society made improvements to the building including a coal-burning boiler, meaning no more wood stoves until 1980. Some people think RLS had people like the Bakers in mind when he wrote to Sidney Colvin from California, “Who knows, Colvin, but I may be of more use when I am buried than ever while I was alive.” Most people think that’s ridiculous.

The 1916 yearbook states on page 8 that “The rooms which RLS occupied as his study and bedroom were leased by the Society in October, 1916, whereupon the Society felt free to accept the many relics which were at once given or loaned.” These many relics came from many places and had traveled far to finally end up at the new little house museum off Pine Street. But one priceless collector’s piece had been at Baker’s all along –Ralph’s “Treasure Island.”

By 1916, four of the Bakers’ five children had already died. Only Bertha, twin of Blanche, was left. Two of the kids, both girls, had died before Stevenson came to town. Ralph’s turn came in 1895. Ralph was 15 when he got his special “Treasure Island” from the author. He was 22 when he was struck down by typhus. His sisters were called home from Normal School, today SUNY Plattsburgh, but were too late.

Ralph was the only son of Andy Baker. A single scrap of information on Ralph has him on the board of education and a star athlete studying law when he was taken, 50 years too soon to be saved with antibiotics. About this time, Andy began renovation projects around his “hunter’s home” including a new chimney, French windows and Victorian-style posts on the veranda.

Mary, of course, hung onto Ralph’s special book and in 1916 loaned it to the Stevenson Society to show off next to their growing collection. Toward Christmas in 1923, Bertha died at 47.

“Our last dear child is gone, how lonely we are,” wrote her parents in their big 1872 family Bible. By spring, they were gone, too.

With both of them out of the way, the Stevenson Society didn’t have to pay rent any more. Instead, it just bought the place outright, contents and all, in 1925. Such are the circumstances that make everything about the Stevenson Cottage so authentic, a curator’s dream if ever there was one.

Close by Ralph’s red book in the study is the wooden cover of a tea chest, the means by which RLS had several items, including Ralph’s book, shipped from England. The address scribbled on it attests to simpler times: