Figure 1: Supernova in NGC 5353 as imaged by Phil Rosenberg from his observatory in Florida on May 1, 2019. (Provided image — Phil Rosenberg)

Figure 2: NGC 5353 as imaged by Phil Rosenberg from his observatory in Florida before the supernova occurred. (Provided image — Phil Rosenberg)

Figure 1: Supernova in NGC 5353 as imaged by Phil Rosenberg from his observatory in Florida on May 1, 2019. (Provided image — Phil Rosenberg)

Our universe is far larger than most of our tiny minds can fathom. However, one thing we know is that it is driven by forces which create astounding degrees of violence. There are, of course, also millions if not billions of years of relative stability in the lives of objects in the universe like individual stars and planets.

One of the very most violent events “out there” surrounds the death of supergiant stars. The final moments for those stars center on a massively huge explosion we call a supernova. Current astronomers are fortunate enough to be alive in a world of wonderful search, observe, record and study technology. These technologies are on a constant mission to discover some heretofore unseen supernova. One was conveniently — at least from my perspective — very recently observed on May 1, 2019, in the constellation called Canes Venatici, the constellation of the mythological hunting dogs. My two K9 guardians were particularly pleased to hear about the event.

The supernova occurred near a galaxy with the romantic catalog name of “NGC 5353.” In turn, that galaxy is near a very beautiful star with the even more romantic name of HD121197. As shown in Figure 1, I had the great fun and joy to photograph the supernova. I was also pleased to discover a prior photo of the same area I had taken before the explosion was observed as shown in Figure 2.

The maxim that “the only thing that is constant is change” is definitely true in astronomy, just as it is in our individual lives. A star comes into being when interstellar gases began to coalesce. As this collection of mostly hydrogen gases come together, a rotational dance begins which leads our dear friend gravity to accelerate the compression of the gases. As this “stuff of stars” coalesces faster, the developing ball of gas gets bigger and bigger and hotter and hotter. This certainly gives the title “Dancing with the Stars” a new meaning.

At some point gravity becomes so powerful that the heat and the density triggers hydrogen fusion explosions. In effect, a cosmic light switch is thrown, and a new star explodes into being. Over subsequent tens to hundreds of millions of years, the balancing battle between the power of gravity to compress the star, and the power to expand it unleashed by millions of nuclear explosions, is roughly balanced. 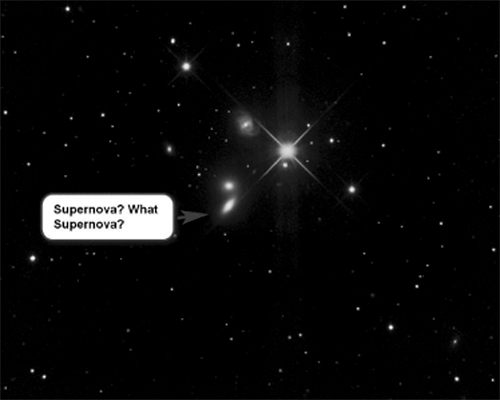 Figure 2: NGC 5353 as imaged by Phil Rosenberg from his observatory in Florida before the supernova occurred. (Provided image — Phil Rosenberg)

At this point, a very large star enters “astronomical hospice care.” It runs out of hydrogen fuel eventually and gravity begins to defeat the explosive power of nuclear fusion. Gravitational forces seem on the verge of “victory,” compressing the star into a denser and hotter ball of gases. The star burns through other sources of fuel, such as helium. When gravity is about to declare total victory, a truly massive explosion expels gases surrounding the core of the star in a sudden violent outburst — the supernova. As to the fate of the poor former star, it is now a highly dense remnant called a neutron star or black hole.

But all is not lost! That gas expelled by the supernova explosion becomes available to recreate the cycle of star formation — to begin again the formation of a second generation, or third, fourth … who knows how many more generations of new stars? Now, however, the gases contain heavier elements created by the supernova explosion. Included in these are the elements necessary for us to exist. The great Carl Sagan was correct in noting that each of us consists of “star stuff.”

It is true that a supernova explosion means that a huge star is dead. However, like all other things in life, that death leaves behind a legacy. The legacy of gases which sets the stage for the birth of “life and new civilizations” by enabling the growth of new stars and accompanying material, like planets, asteroids, comets etc. If you get the opportunity to view a discovered supernova, it can be truly inspiring … some of the elements allowing you to see it had to be created in just such an event over five billion years ago. Imagine the particularly great fun in store if you actually owned your own high-quality telescope and went out with your family on a clear night to look up.

That idea of astronomy as a tool to inspire people to dream and explore is what is behind our charity project the “The One Hundred Telescope Project” to put high-quality robotic computerized telescopes (about $535 each) into classrooms in elementary and middle schools. How great it would be to help endow such a telescope. Just send me an email (philrosenberg@earthlink.net), and we can discuss how to make such a legacy happen for you!

The observers of the Adirondack Sky Center invite you to view any newly discovered supernovae as well as living stars, planets, nebulae, and galaxies through our telescopes at the Roll Off Roof Observatory. We are open to the public on the first and third Fridays of each month approximately one half-hour after sunset. Please come to learn the stars and constellations and view through our telescopes at the Wilderness Above. For updates and notices, check out our website at adirondackpublicobservatory.org and our Facebook page. On our public observing days you can also call the RORO at 518-359-6317 to talk with one of our astronomers.