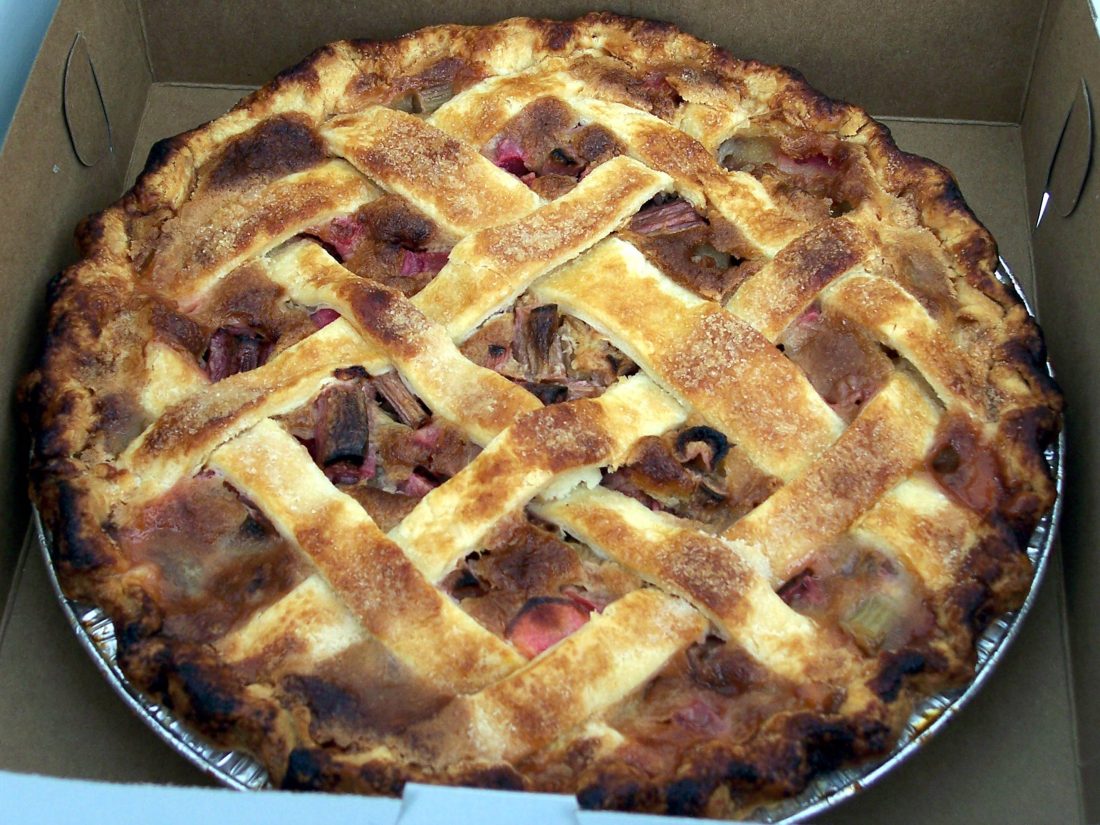 “A good cook is like a sorceress who dispenses happiness.”

Myths and legends about food abound. Most of us have participated in food traditions without even thinking about it.

At weddings, we have thrown rice on the newlyweds to bring the couple health and wealth. Grandmothers warned us that if we don’t wash our ears, potatoes (or, in some countries, turnips) will grow out of them. Holidays come with traditional feasts (Thanksgiving, Easter, Passover) and most religions have ritual fasts — like Yom Kippur, Ramadan, and Lent.

From ancient myths to modern literature, folklore is full of food images. Here is an old English nursery rhyme about baking birds in a pie:

“Sing a song of sixpence, a pocketful of rye,

In Russia, Baba-Yaga’s house rests on chicken legs, is fenced with human bones. Modern folklore includes films like Chocolat? (based on the novel of the same name by Joanne Harris) in which enchanted chocolates transform the lives of the villagers. Fans of Dracula all know that garlic keeps vampires away.

Singing happy birthday and blowing out candles began with the Greeks who thought that these chased away evil spirits. Today, it’s believed that blowing out all the candles will make a wish come true.

At New Year’s celebrations we dabble in various foods that are said to bring fortune and happiness in the coming year. In Spain, it is customary to eat twelve grapes, one each time the clock strikes the twelve strokes of midnight, in hopes of a lucky twelve months ahead. In the Philippines, a table laden with food at midnight assures an abundance of provisions in the year ahead. Italians eat pork sausage with lentils; the fatty sausage is a symbol of abundance, and the coin-shaped lentils represent money. In the American South, cornbread, black-eyed peas (to symbolize coins) and collard greens (greenbacks) are all said to bring wealth in the coming year. At the Jewish New Year, people dip apples into honey to symbolize the hopes of a sweet year to come.

Other foods also have been endowed with mythical qualities. The red color of mulberries has been said to come from Pyramus and Thisbe, two Roman lovers. Ginger has been grown in the Far East since antiquity to bring one closer to deity; it is a key ingredient in magical practices. Persimons are known as food of the gods because of their Latin name, Diospryros (dios for deity). Many consider chocolate divine because of its scientific name, Theobroma Cacao.

Other food folklore is associated with good health. The 5,000-year-old Ayurvedic cuisine of India promises to extend a healthy life. Most of us have heard that “an apple a day keeps the doctor away.”

“You never see a rabbit wearing glasses!” We’ve been told that eating carrots will help you see in the dark — or at least, that carrots are good for your vision. Carrots do contain vitamin A, which is important for good health and healthy eyes. But we know today that other phytochemicals, like lutein and zeaxanthin, are more important for eye health; these are contained in dark-green leafy vegetables like collards and kale. They help protect your eyes from high-energy ultraviolet rays in sunlight and may help slow the progress of developing cataracts and macular degeneration. Other nutrients for eye health are zinc, vitamins C and E and omega-3 fatty acids.

And as for “an apple a day keeps the doctor away?” According to Caroline Taggart, author of “An Apple a Day: Old-Fashioned Proverbs and Why They Still Work,” that saying originated in the 1860s. The original version was “Eat an apple on going to bed, and you’ll keep the doctor from earning his bread.” While an apple a day may not literally keep the doctor away, we have all heard of the benefits of eating fruits and vegetables daily. And a 2012 Ohio State University study showed that apples help lower levels of bad cholesterol in the blood. A Dutch study showed they may reduce the risk for strokes.

“The very best of cooks are sorcerers, wizards, shamans and tricksters,” writes Midori Snyder in her essay, In Praise of the Cooks. “They must be, for they are capable of powerful acts of transformation. All manner of life, mammal, aquatic, vegetable, seeds and nuts pass through their hands and are transformed by spells — some secret, some written in books annotated with splashes of grease and broth. Master cooks are alchemists, turning the lead of a gnarled root vegetable into the whipped froth of a puree, hazelnuts into digestive liqueur, a secret combination of spices and chilies into a mole paste that burns and soothes at the same time. From a bin brimming with hundreds of choices they can sense the ripe cantaloupe, the juicy peach and the blueberries that have lingered long enough on the bush to become sweet. I am in awe of their skill, their secret knowledge, the inexplicable way I can follow my father’s recipe and not have it taste anything like his, missing that one secret ingredient, those whispered spells that transformed his dish into something sublime.” –from In Praise of the Cooks by Midori Snyder

From potato latkes to apple pie, from Irish stew to Greek tzatziki, from Indian curry to asian stir-fry, legendary, mythical, traditional foods exist in every culture. What is some mythical fare your family partakes of?

Here are a couple recipes to help you perfect your kitchen wizardry.

Place oil in bottom of 9-inch pie plate. Swish to coat sides. Coarsely shred potatoes (peeling optional). A food processor is good for this. Place in pie plate with oil; mix lightly to coat using hands, and pat into bottom and sides of pie plate. Bake at 375 degrees F about 10 minutes. Remove from oven and set aside.

Layer collards, cheese and ham (if using) in a prepared potato nest crust. Beat eggs until frothy; beat in cottage cheese. Pour over filling. Set in oven at 350 degrees F and bake until set, about 35-45 minutes.

*Option: You can substitute with any other greens; use an equal amount of kale, spinach or broccoli.

In large bowl, beat eggs until light and lemon colored. Beat in sugar and vanilla. Beat in sour cream and yogurt. Add salt and flour, and stir in.

Pour custard over apple slices in prepared crust. Top with a lattice crust, if desired. Bake in preheated oven until the center begins to set (30 to 35 minutes).

Or bake as an open pie, and top with whipped cream after pie cools.

Author of the award-winning cookbook Garden Gourmet: Fresh & Fabulous Meals from your Garden, CSA or Farmers’ Market, Yvona Fast lives in Lake Clear and has two passions: cooking and writing. She can be reached at yvonawrites@yahoo.com or on Facebook at Words are My World. 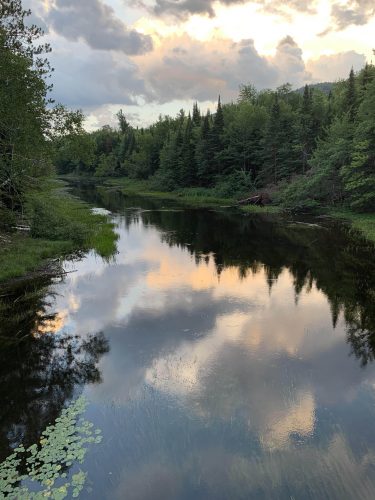 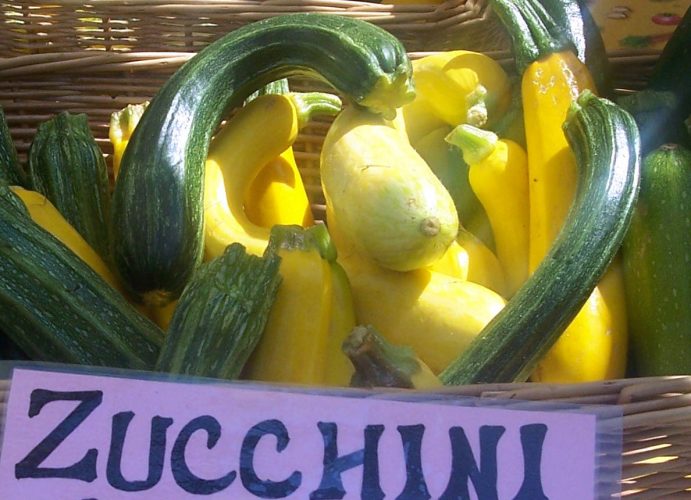 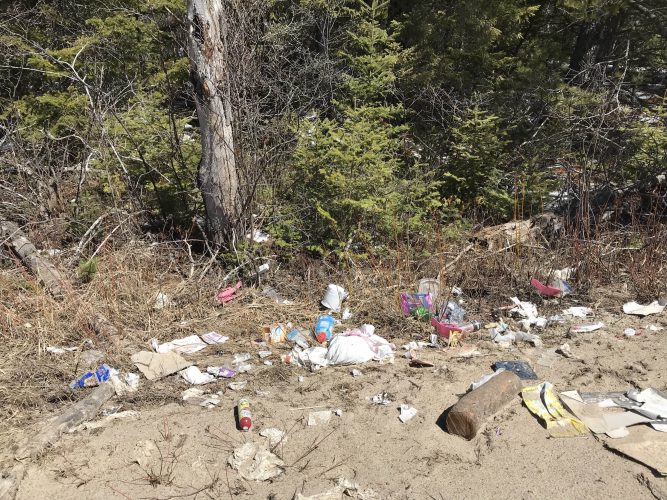