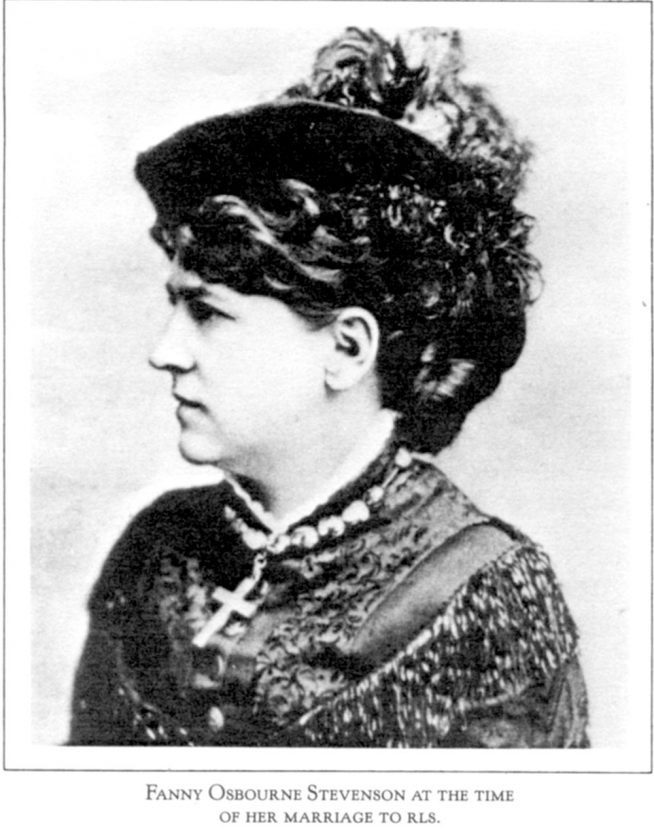 “The spectacle of a man who, like Stevenson, was so handicapped by illness, is a thing, I think, that can be held up as a lesson to any one of us. … I remember when he was a guest at my house and we would all be sitting around the table, talking and laughing, I would see Stevenson get up and go out of the door, and he would be holding his handkerchief to his mouth. In two or three minutes time he was back, laughing, talking merrily with the rest of us. This, of course was because of his great courage, but he succeeded amazingly in giving the impression of being a well man. He generally regarded his illness as being apart from him. … There were times when he was very ill, but in the intervals of this prostration he rebounded like a rubber ball.”

That is part of the eyewitness account given by Will Hickock Low when he delivered it from the veranda at Baker’s in Saranac Lake to the members and guests of the Stevenson Society of America gathered on the grounds of the Robert Louis Stevenson Memorial Cottage on Aug. 24, 1923. Low, an American artist, had formed a lasting friendship with RLS in France in 1875 and became a member of the Stevenson Society in 1916. Three of his paintings hang in his friend’s former study at Baker’s to this day.

Resilience — bouncing back “like a rubber ball” — as it was sometimes revealed in the constitution of R.L. Stevenson, was just one of the themes in Low’s lengthy address on the day he presented his latest gift to the society’s little museum, his brand-new painting called “Stevenson and the Muse.”

In April of 1880, Stevenson was trying hard to make a comeback from his most threatening illness to date. While planning his marriage to Fanny Osbourne in East Oakland, he writes again to Sidney Colvin, “I am beyond doubt greatly stronger, and yet still useless for my work. … When ever I get into the mountains, I trust I shall rapidly pick up. Unless I get away from the sea fogs. … It is the change I want, and the blessed sun, and a gentle air in which I can sit out and see the trees and running water. … I do nothing now, but try to possess my soul in peace, and continue to possess my body on any terms.”

May 19 was to be the day for the long-sought-after realization in legal terms for this couple to be known henceforth as Mr. and Mrs. Robert Louis Stevenson. Various accounts of the marriage ceremony went into circulation so Fanny herself set the record straight in a letter to Graham Balfour, his cousin, dated May 16, 1901:

“Let me make it perfectly clear. On the 19th of May, 1880, I went alone — no Nellie and no Lloyd — across the bay. At the wharf I met Louis and Mrs. (Dora) Williams. We three, and no one else with us proceeded to the house of the reverend Dr. Scott. Dr. Scott received us in his drawing room and sent for Mrs. Scott. There were then present Dr. Scott, Mrs. Scott, Mrs. Williams, Louis and me, and a cat that had followed Mrs. Scott into the room, no other living creature was there. There would have been no-one but the Minister, Louis and me, but two witnesses were required. Mrs. Scott and Mrs. Williams were the two witnesses.”

And so it was. In just a few minutes the condition had been realized that would enable Robert Louis Stevenson to finally write about Fanny, his “Wild Woman of the West,” as:

With eyes of gold and bramble-dew,

A love that life could never tire,

A fellow-farer true through life

Now what? RLS had told Colvin that after the marriage the newly weds planned to “go up to the hills to look for a place. … There, sir, in, I hope, a ranche among the pine trees and hard by a running brook.” When they did find a place, a ranch it would not be. Dora Williams, the witness and her husband Virgil, had a country home near Calistoga, a little town at the north end of Napa Valley, 68 miles by rail from San Francisco. After a two-day honeymoon in the old Palace Hotel, Louis and Fanny took the 4 p.m. train north to Calistoga, where they learned that the sea fogs RLS needed so much to escape also covered the valley floor. They would have to go up. Calistoga was the end of the rail line from San Francisco for a good reason. A huge mountain behind it was the end of the valley. In conversation with some locals, Mr. and Mrs. Stevenson discovered that there were abandoned mining towns around and even on Mount St. Helena. That’s where they would go.