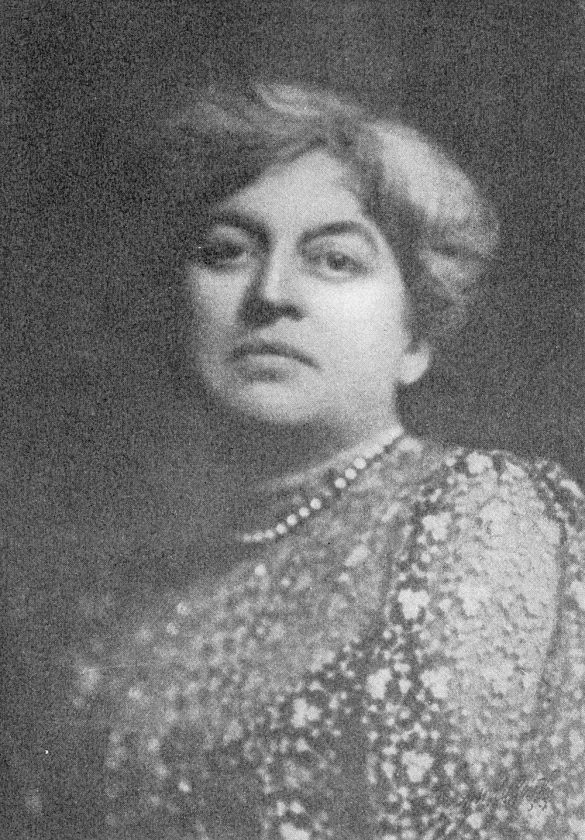 “We came back from France to our cottage in East Oakland. Stopping at the farm in Indiana, my mother invited her youngest sister, Nellie, to come with us to California, which was very pleasant for me. We began a friendship then that grew closer and closer as the years passed. Dear Nellie!”

So wrote Mrs. Isobel Field in her autobiography This Life I’ve Loved, in 1937. By then she had been a member and a benefactor of the Stevenson Society of America, in Saranac Lake, for twenty-one years. At the time of which she speaks above, Mrs. Field was ‘Belle’ Osbourne, age twenty, back home in California after three years abroad in France, where her mother, Mrs. Fanny Osbourne, had started something up with a younger man, a writer with health issues from Scotland, Robert Louis Stevenson.

While in France, Belle, too, had started something up with a young Irish painter, Frank O’Meara. Then, in August of 1878, her mother terminated both affairs abruptly. “I don’t know why my mother decided to return to California but suddenly we were leaving and I thought my heart would break.” Belle’s heart stayed in one piece and another young painter would soon fill the void as the pieces began to fall together that would set the stage for RLS in California.

One important piece was Sam Osbourne, Fanny’s estranged husband and father of Lloyd and Belle. Belle was very close to her father to whom her loyalty usually went in the feuding atmosphere between her parents. This contributed to a sort of competitive mother-daughter relationship. Before settling in Oakland, the Osbournes had done time failing to even break even in a Nevada mining camp called Austin where Native American neighbors would stare through their windows to indicate that they would like some coffee. They were part of a large population in Virginia City when the Civil War ended. The ensuing party set the record for binges in the Old West. One hundred and twenty saloons kept 20,000 people in a stupor for five days and nights. Then they sobered up to the news that Lincoln had been assassinated. By 1869 the family was living in a picturesque cottage and garden in East Oakland. Sam had a clean job as a court stenographer in San Francisco and Fanny kept house while they had a third child, a boy, Hervey, in 1871.

Sam is best remembered today for his philandering which opened the door to the Romance of Destiny between his wife and RLS, also the title of a book on the subject. When Fanny became Mrs. Osbourne in 1857, Sam was Lt. Osbourne and secretary for the governor of Indiana. He was popular with everybody, including the ladies and he made friends easy. In San Francisco, with two of those friends, John Lloyd, his old mining partner and Timothy Reardon, a lawyer, along with some journalists from the Overland Monthly, they founded what would become one of the most exclusive clubs in the West — the Bohemian Club which attracted European painters importing the very essence of genuine bohemian culture from the Latin Quarter and the Parisian ateliers. One of its members, Virgil Williams, established the famous School of Design adjacent to the club.

Having Fanny and the kids back in the Oakland cottage had a stifling effect on Sam’s lifestyle. The cottage had been useful as a place to bring his various girlfriends for weekends while Fanny was in France. Sam had to find a way. There was an old Spanish town down the coast a hundred or so miles on a gorgeous bay called Monterey which had become a new subject of interest to some members of the Bohemian Club.

“It was Charles Warren Stoddard, the poet, who really had turned Monterey into an artist’s colony,” wrote Isobel Field in her book. “Coming down to see the old Mission, he was so enchanted with the place that he sent word to his friends Joe Strong, Julian Rix, and Jules Tavernier. They came to look and remained to paint. There were endless subjects: fishing boats, whales, the magnificent breakers dashing against a rocky shore, the amazing Monterey cypress trees and most popular of all, the Carmel Mission, then a beautiful ruin.”

It occurred to Sam that his family could only benefit from this healthy environment so he rented them rooms at the house of Senora Bonafascio on the main street. “Here Nellie and I settled down for a very happy summer,” recalled Mrs. Field.

That happy summer would include her secret marriage by elopement to Joseph Dwight Strong. At 26, he was a member of the Bohemian Club and one of California’s most successful artists at the time.

As for Nellie, she fell in love with a local. “Adolpho Sanchez was the most popular young man in Monterey,” according to Mrs. Field. “He belonged to one of the oldest families there, his father and grandfather having once owned half the country. He was young, extraordinarily handsome, and was gifted with a glorious baritone voice. And he fell deeply in love with Nellie.”

Adolpho’s income came from his job as manager of the Bohemia Saloon in the middle of downtown Monterey. He was on the job late in the day on Saturday, Aug. 31, 1879, when a super thin, grimy stranger with long hair walked in scratching his hands incessantly from a case of eczema he had picked up aboard ship. He was at the end of a three-week journey that had started in Scotland. Brandy was ordered and he began to talk, asking questions and within minutes had made his first friend and important connection in this strange new world. Adolpho Sanchez it was who gave directions to Robert Louis Stevenson to the house of Senora Bonafascio.