The coming and going of life 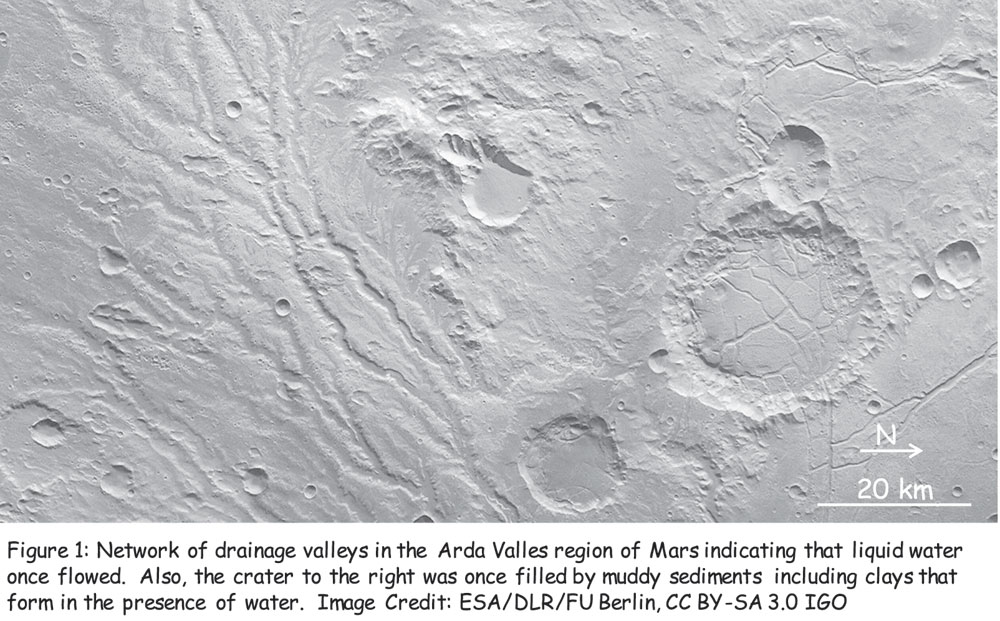 (Editor’s note: This is a guest astronomy column for “The Wilderness Above” by Aileen O’Donoghue.)

Mars shines low in the western sky after sunset in May. Earth is moving away from the Red Planet in our annual journey around the sun, and Mars will soon vanish from our sky for a while. But as Mars goes, mighty Jupiter arrives to dominate the east as the brightest “star” in the sky. In early May, Jupiter will rise about three hours after sunset and will rise a little earlier every night as it moves toward its closest approach to Earth for this year in June.

Mars and Jupiter shining on opposite sides of the sky are two of the most likely places in our solar system to be homes to alien life. No one knows whether either of these worlds harbor life, but Mars has long held the popular imagination as an abode of life. When Italian astronomer Giovanni Schiaparelli used the Italian word “canali” (meaning “channels”) to describe faint lines which he saw on the surface of Mars, American press reports translated the word as “canals,” which led created the popular image of a race of intelligent, canal-building, Martians. The idea remained in the popular imagination long after the “canals” were shown to be mostly optical illusions.

In 1965, Mariner 4 became the first spacecraft to fly past Mars. The images it beamed back to Earth showed a cratered surface reminiscent of the lifeless surface of the moon. The popular view of Mars as an abode of life declined with the news of these pictures, along with ground-based observations that showed the Martian atmosphere was too thin and cold to allow the existence of liquid water, which is necessary for life as we know it. But in 1971 the Mariner 9 spacecraft entered orbit around Mars and spent nearly a year beaming back more detailed images than those captured by Mariner 4. The new images showed what appeared to be ancient dry riverbeds (see Figure 1). The idea arose that Mars may have once had a warmer, denser atmosphere that would have allowed the presence of liquid water. NASA sent the two Viking landers to land on Mars in 1976 and search for life. The first results from these spacecraft were contradictory but scientists eventually concluded they were seeing some unexpected exotic chemical reactions, but not life. Nevertheless, subsequent missions to Mars have found definite evidence that the climate of Mars was different billions of years ago and the planet once had a denser atmosphere and seas of liquid water. That in turn suggests the possibility that life might have arisen under those warmer, wetter conditions and then been driven to extinction by the changing climate. Current research is focused on trying to better understand the history of Mars and to obtain samples which might reveal fossil evidence of past life. 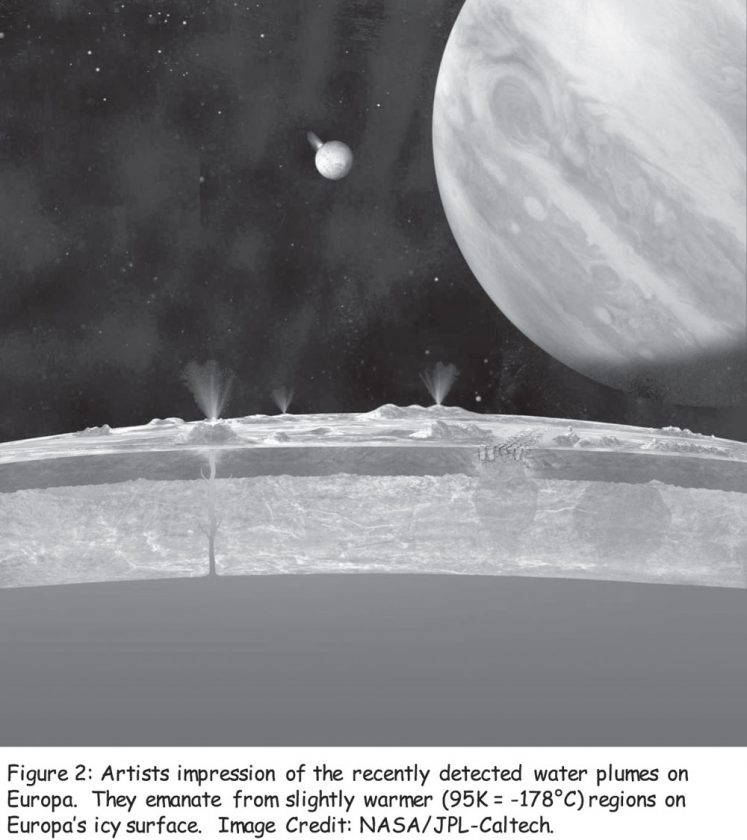 Jupiter hosts another location in our solar system where it is considered possible that life may once have arisen. The interest is not in Jupiter itself, but its icy moon,

Europa. Europa is one of the four brightest moons of Jupiter, easily visible in a small amateur telescope. These four moons are known as the “Galilean Satellites” because they were discovered by Galileo in 1610 when he turned his first telescope toward Jupiter. Several probes sent to Jupiter since the 1970s have confirmed that Europa is covered in ice which shows signs of liquid water beneath the icy surface. NASA hopes to someday obtain funding to send a spacecraft that will be able to measure the thickness of the Europan ice and the depth of the ocean beneath it. We believe the strong tides exerted on Europa by massive Jupiter are what heats the interior of the moon and keeps the water in a liquid state. Such an energy source and a supply of liquid water are the two main requirements for life as we know it, so scientists are eager to learn more about this world. Recent observations by the Hubble Space Telescope have revealed plumes of material thought to be primarily water erupting from the surface. An artist’s impression of Europa’s ocean and plumes is shown in Figure 2.

Another of Jupiter’s Galilean moons, Ganymede, also shows signs of liquid water beneath its icy surface. Although budget cuts forced NASA to cancel its next planned mission to explore Europa and Ganymede, the European Space Agency plans to launch the Jupiter Icy Moons Explorer (“JUICE”) in 2022 to study both moons and the Russian Space Research Institute is developing designs for a spacecraft to land on Ganymede.

So as you watch Mars leave our sky in the west this month as Jupiter arrives in the east, consider the possibility that you may be seeing reminders of past life on Mars that was destroyed by climate change and the chance of new life on one or more worlds circling Jupiter. Only further research will tell us if either possibility is true.

The observers of the Adirondack Sky Center invite you to view M87 and other galaxies of the Virgo and Coma clusters, as well as celestial delights within our own galaxy through our telescopes at the Roll Off Roof Observatory (RORO). We are open to the public on the first and third Fridays of each month approximately one half-hour after sunset. Please come to learn the stars and constellations and view through our telescopes at the Wilderness Above. For updates and notices, check out our website at adirondackpublicobservatory.org and our Facebook page. On our public observing days you can also call the RORO at 518-359-6317 to talk with one of our astronomers.