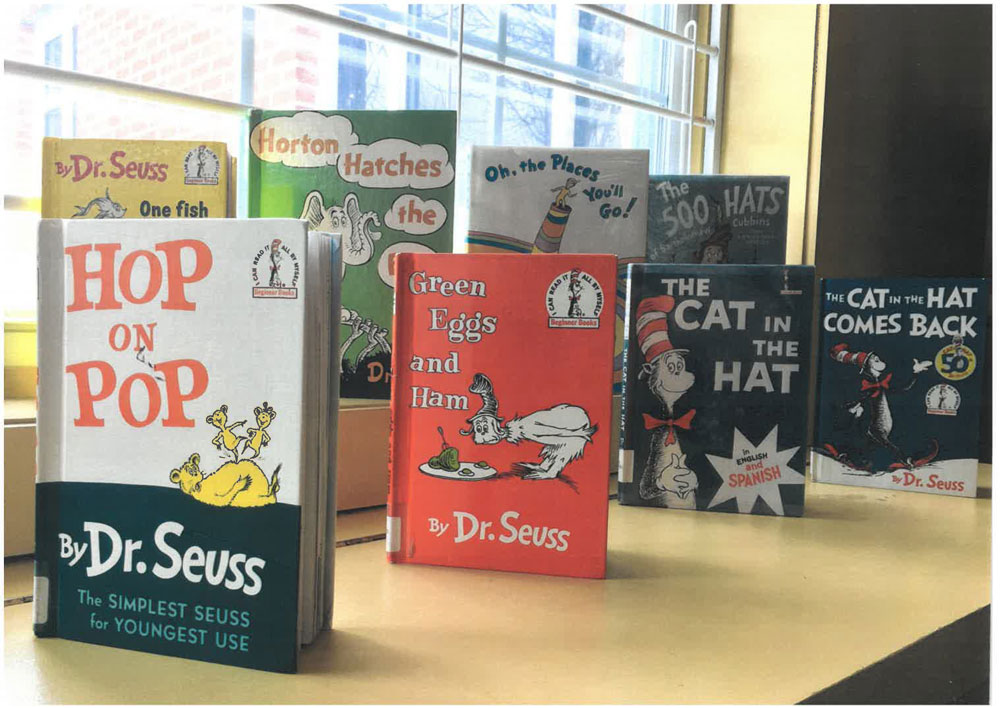 Born March 2, 1904, Theodor Geisel, better known as Dr. Seuss, wrote and illustrated more than 60 books. He was awarded a special Pulitzer Prize in 1984 citing his contribution to the education and enjoyment of America’s children and their parents.

On Thursday, March 21, Kari Lansing, Fitness Manager, Adirondack Health Medical Fitness Center, will present “The Role of Exercise in Maintaining and Improving Health.” This program is free and open to the public. Bring a sandwich or soup. The library’s refreshment committee will provide coffee, tea and desserts.

On Monday mornings from 10:30 to noon, people gather in the Dickert Room to engage in congenial conversation about local, state, national and world events. Coffee and tea are available.

Curator Michele Tucker reports that the following items were recently donated to the Adirondack Research Room by Edward Comstock, Jr.: 38 real photo postcards and photographs; 7 posters about the Lake Placid Winter Olympics and bobsledding in the seventies, eighties and 2003; a copy of the 12th Report of the 1980 Olympic Winter Games; a 1969 street map of Saranac Lake; several advertising pieces; “The Destiny of Man,” a book by Fiske, inscribed with Dr. E. L. Trudeau’s name and 1894; a booklet from the Lake Placid Club Fire Code, dated 1914; 2 brochures from Camp Forestcraft; and a letter on Berkley House letterhead from a TB patient who was staying at the Berkley House in 1909. We appreciate this generous donation.

On Tuesday, April 2 “The Portrait of a Lady” by Henry James will be discussed by this group which meets in the Dickert Room at 2 p.m.

“Rising Out of Hatred, The Awakenings of a Former White Nationalist” by Eli Saslow is the book to be discussed on Monday, March 11, at 2 p.m.

This group will meet in the Dickert Room at 2 p.m. on Tuesday, March 19, to review Nick Pyenson’s book, “Spying on Whales, The Past, Present and Future of Earth’s Most Awesome Creatures.”

Great Films at the Library

Everyone is welcome to view “Inherit the Wind”, starring Spencer Tracy, Frederick March and Gene Kelly on Tuesday, March 26, at 2 pm in the Cantwell Room.

In the display case in the lobby there is an interesting display of books about our wonderful Adirondack winters.