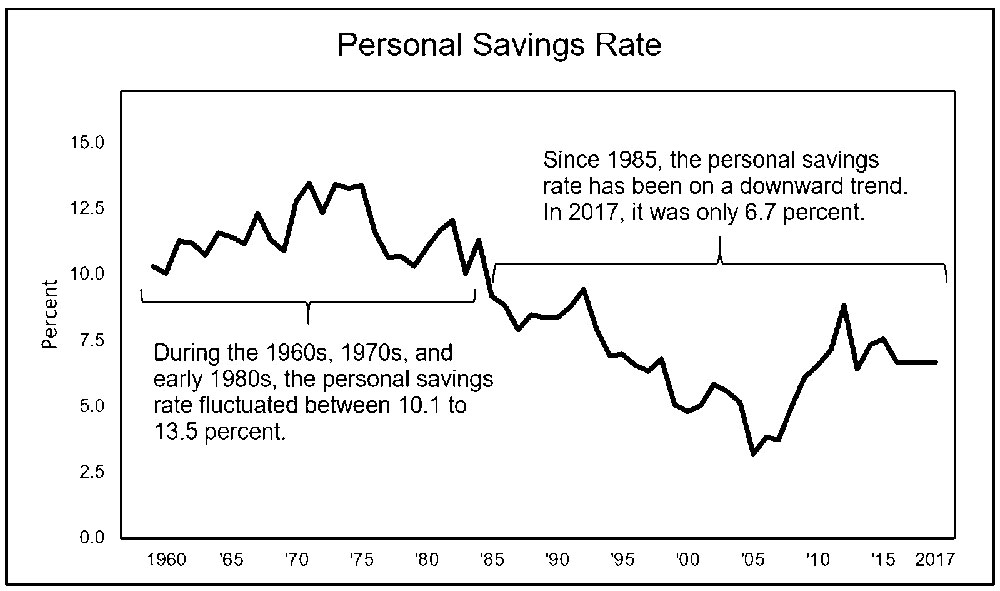 “Never leave till tomorrow that which you can do today.”

“Never put off till tomorrow what you can do the day after tomorrow just as well.”

Mark Twain’s humorous twist on Benjamin Franklin’s quote is good advice if you live in the Adirondacks. When we have two of those rare back-to-back, ideal, warm, sunny days, I go with Twain’s advice. Those are days to put off work and enjoy our great outdoors! When it comes to saving for retirement, though, Franklin’s advice is the way to go. Research performed by the National Bureau of Economic Research helps explain why many of us follow Twain’s advice rather than Franklin’s.

On their web page, the NBER describes themselves as “a private, non-profit, non-partisan organization dedicated to conducting economic research and to disseminating research findings among academics, public policy makers, and business professionals. The NBER is the nation’s leading nonprofit economic research organization. Twenty-nine Nobel Prize winners in Economics and thirteen past chairs of the President’s Council of Economic Advisers have held NBER affiliations.” The NBER’s working paper The Role of Time Preferences and Exponential-Growth Bias in Retirement Savings, which was published in August 2015, won’t win any contests for slogan of the year, but it does provide some fascinating insights into how human behavior can negatively affect retirement savings. In their working paper, the NBER notes “the decline of traditional pension plans means employer-provided individual accounts such as 401(k)s will be a major source of retirement income for millions of Americans, and variation in individual abilities and attitudes toward saving will become an increasingly important driver of retirement wealth accumulation, decumulation, and Americans’ ability to smooth consumption over the lifecycle. Understanding the forces that influence this tremendous quantity of wealth and its distribution is therefore of central importance for positive economics and policy analysis.” The NBER’s paper addresses “two psychological biases [that] predict that people may save insufficiently for retirement” including: (1) present bias and (2) exponential growth bias. Simply put, present bias is a spend-now-save-later attitude, while exponential growth bias is a misunderstanding of the how fast savings can grow over time. Their paper also addresses how self-awareness of these biases affects retirement saving.

The NBER paper says “A person with present-biased preferences may intend to save more in the future but never do so” and “may procrastinate on the decision to enroll in a tax-deferred savings plan.” Likewise, in his article Smoothing the Path: Balancing Debt, Income, and Saving for the Future, Scott A. Wolla (2014), Senior Economic Education Specialist of the St. Louis Federal Reserve Bank discusses present bias and trends in the personal savings rate. He notes “Americans are currently saving less than they have historically. Specifically, 38 million working-age households (45 percent) do not have enough assets set aside for retirement. And both those with high incomes and low incomes save very little. In fact, recent research finds that the primary determinant of wealth differences at retirement is not income but the choice to save or spend while young.” To make matters worse, the accompanying chart shows the personal savings rate has declined over the last 20 to 25 years. During the 1960s, 1970s, and early 1980s, the personal savings rate fluctuated between 10.1 to 13.5 percent, but, since 1985, the personal savings rate has been on a downward trend. In 2017, it was only 6.7 percent.

In contrast to the spend-now-save-later attitude, which the NBER describes as a preference parameter, the “exponential-growth bias is a perceptual bias whereby people underestimate exponential growth due to neglecting compound interest. A person with EGB will underestimate the returns to savings and the costs of holding debt.” Similarly, according to Wolla (2014), “saving while young allows savers to take advantage of compound interest, which allows exponential growth of their money over time. And since more time means more growth, starting to save early makes a big difference.”

A recent report (February 2018) by the National Institute on Retirement Security indicates the challenges of saving for retirement differ by generation and may be more difficult for Millennials than for other generations. Millennials are usually defined as those born in the 1980s and early 1990s although the specific years often differ. The Pew Research Center, for example, defines Millennials as “anyone born between 1981 and 1996 (ages 22 to 37 in 2018).” In contrast, the National Institute on Retirement Security’s report Millennials and Retirement: Already Falling Short by Jennifer Erin Brown defines Millennials as those born between 1981 and 1991 and notes “With their increased life expectancy, lower income replacement from Social Security, and a lower likelihood of having a traditional defined benefit pension, this generation will need to save significantly more than previous generations in order to maintain their lifestyle during retirement. In fact, recommendations from many financial experts indicate that Millennials will need to put aside 15 to 22 percent of their salary — which is double the recommendation made to previous generations.” The 15-22 percent savings benchmark is also about three times the current personal savings rate of 6.7 percent (see chart).

Now is the time to take Franklin’s advice

The NBER’s study concludes that “shifting all those who underestimate exponential growth to accurate understanding, and all those we measure as present biased to be time consistent, would increase retirement savings by approximately 12 to 70 percent. While the upper bound may seem large, there is substantial room for growth given that over 30 percent of our sample has no retirement savings.” The trick, of course, is how to overcome those biases. Some limited success has been made at increasing savings by employer’s savings plans that automatically enroll employees in their savings plans. In her report, Brown notes “AARP summarizes this concept as ‘by removing administrative barriers to saving, automatic enrollment can increase the likelihood that workers will contribute to retirement.’ Today, approximately 58 percent of employer-sponsored 401(k) plans offer automatic enrollment into their plan.” Some success has also been attributed to increasing self-awareness of retirement saving biases. Still, the NBER report concludes “While defaults and other alternatives have successfully increased average contributions in many contexts, and retirement income projections may move people toward better decisions when well-implemented, there is no evidence that these fully counteract the effects of EGB and PB on retirement-saving decisions.”

Given the findings of the NBER and National Institute on Retirement Security reports,it’s evident our own biases obstruct our ability to save enough for retirement. Those studies highlight the importance of Social Security as a vehicle for forcing us to save enough for retirement. Now is the time for our politicians to shore up Social Security by showing the courage to increase taxes rather than trying to buy our votes by promising to cut taxes.