I’ve just made one of my periodic drives to Texas, where I grew up. There is much to recommend such a trip.

It’s always a deep, mysterious pleasure to go back where you came from and recalibrate memories and judgments.

The solitary road trip offers the almost religious experience of sitting hour after hour, thinking and looking, sometimes paying close attention and sometimes not paying attention at all.

And I thought (mistakenly, as it turned out) that getting out of town and covering a 4,000-mile ribbon of American pavement, seeing what’s out there, might help make some sense of how we’ve come to be such a divided country.

Along about central Arkansas, the trip began to take on definition; I started having that going-home feeling.

It felt good to be down in that part of the country again. It also felt uncomfortable, even unpleasant.

I stopped for gas and coffee at a convenience store on a side road. A sign on the door said “no hoodies, no baggies.” Helen Keller would have recognized the underlying meaning of that. If I had been true to my values, I would have taken my business to a less objectionable store, but my bladder is amoral.

A few hundred miles farther down the two-lane blacktop, I was pulled over by a Texas state trooper. That’s always discomfiting, but this time more than usual because he took an extra-long time to get out of his cruiser. What was he doing?

Then – I may have imagined this, but I don’t think so — when he peered in the side window, he looked sort of disappointed. Had my New York license plates led him to expect a hoodie-wearing, menacing urban black? After a cursory look at my insurance and registration papers, he let me off with a warning about not speeding, even though I hadn’t been speeding. There’s no way to know for sure, but I suspect my experience would have been quite different, if I had been a young and black, Hispanic, or “Middle Eastern looking.”

The traffic stop and the convenience store sign made me glad I no longer lived down in that part of the country. But that was not all I felt.

Those encounters happened in an achingly beautiful setting. The sun was shining, the temperature was in the high 50s, and all about me it was spring. Just about everything that could bloom was blooming — mountain laurel, dogwood, azaleas, roses, and more. Trees wore the new green of spring. Everything but the pecan trees and crepe myrtle were shaking off winter.

It was my home country at its best, and all that spring in the air made it felt good to be there. But not entirely. It was February. February is winter.

If spring keeps arriving early like that, before long the earth is going to be uninhabitable.

Back at the no-hoodies, no-baggies gas station, an ol’ boy (that’s Texan for “a fellow”) leaning up against a pickup had pointed out that the redbud trees were already blooming. There was one right over beside the store. Yep, sure is. It’s way too early for that, isn’t it? I wondered if the white bass were making their spring spawning run already. They do that when the redbuds bloom. He didn’t know.

I expect he was Trump to my Hillary, but because we were starting with redbuds blooming too early, perhaps we could have talked amicably about environmental issues. We were standing by a road that was all tore up, as he would put it, by fracking trucks. The road condition, maybe even fracking itself, would surely be something we would both be concerned about. Nah, that’s probably wishful thinking.

A day or so later, I saw a bumper sticker that read, “I don’t believe the liberal media.” I’m all for healthy skepticism, but that was over the top; “Liberal media” would include the newspaper you hold in your hands at this very moment. That was discouraging.

So for most of my trip, the going-home feelings were as ambivalent and conflicted as they could be.

I did, however, have one quiet moment of unalloyed certitude. In Austin, a waitress rested her hand on my shoulder as she topped up my coffee. “You need anything else, hon?” 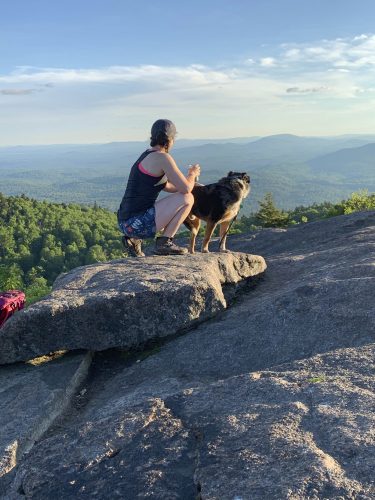 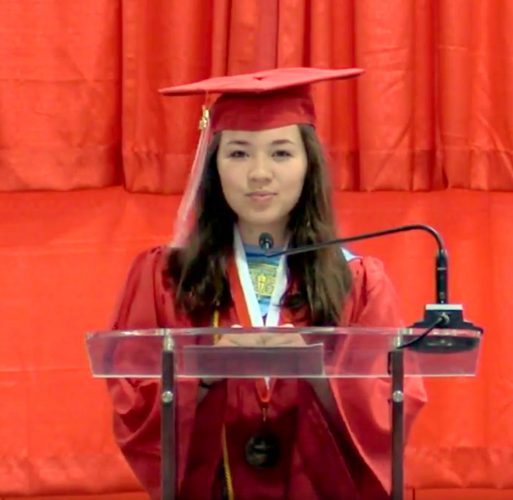