Quilt winner has ties to Saranac Lake and the library 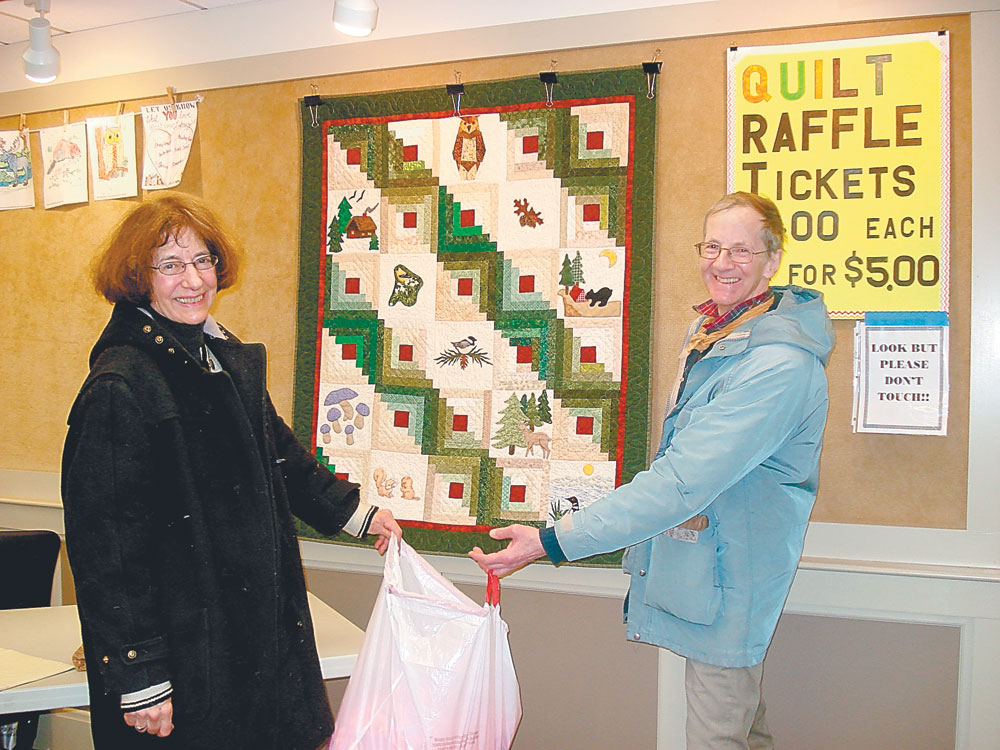 Lisa Styles of Ashfield, Massachusetts, the quilt winner, has a strong connection to Saranac Lake and the Saranac Lake Free Library.

Lisa is married to Larry Parnass, son of the late Barbara and Henry Parnass, Saranac Lake residents for many years. Both Barbara and Henry served terms on the library Board of Trustees and were longtime, active SLFL volunteers. Lisa has been visiting Saranac Lake for 35 years and wrote that she “has a deep affection for the village, and now I have this beautiful reminder.”

“Adirondack Splendor” was created by the Cabin Fever Quilters to benefit the library. Tickets were sold for a year, ending on Feb. 11, at the conclusion of the Winter Book Sale. The event raised over $1,200 for the library.

Thank you to the Cabin Fever Quilters and to all those who purchased tickets.

Library Luncheon coordinator Rosalie Fontana reports that at noon on Thursday, March 16, the film, “Feet of Flames,” will be shown in celebration of St. Patrick’s Day. The film, which has received rave reviews, showcases Celtic music and dance, and features Irish step dancing phenomenon Michael Flatley, who previously starred in “Riverdance” and “Lord of the Dance.”

Paul Willcott, columnist for the Adirondack Daily Enterprise, will talk about “It’s Better to Laugh — When You Can” on March 30.

Bring your lunch, and enjoy desserts and beverages provided by the Hospitality Committee.

This group will meet at 2 p.m. on Tuesday, April 4, to discuss “Elizabeth Cady Stanton: An American Life” by Lori D. Ginzberg.

On Tuesday, March 21, at 2 p.m. the Science Book Group will discuss “Being a Dog” by Alexandra Horowitz.

“Race: The Power of Illusion”

The study group for those interested in exploring racism in America will meet at 2 p.m. on Monday, March 13, to discuss “White Rage: The Unspoken Truth of Our Racial Divide” by Carol Anderson.

The Adult Coloring Group will get together on Monday, March 27, at 2 p.m. If possible, bring supplies.

“Gaslight,” starring Charles Boyer, Ingrid Bergman and Joseph Cotton, an Academy Award winning suspense film set in the 1880s, will be shown on Tuesday, March 28, at 2 p.m. in the Community Room.

Thank you to Suzanne Snizek, Jackie Beattie and Merle Smith for recent programs. Preschoolers are invited to enjoy Story Time each Thursday at 10:30 a.m. in the Elinor B. Preis Children’s Room.

Enjoy a display of antique toys in the Children’s Room display case, and curling photographs, articles and awards in the lobby display case. Both exhibits were arranged by Margaret Worden.

Curator Michele Tucker reports that “We have recently added fifteen play programs for plays performed in Lake Placid and Saranac Lake in the 1960s and 1980s to the pamphlet collection. Some plays were directed by Joan Frank, of the Lake Placid Playhouse, while others were performed in Saranac Lake by Pendragon Theatre and the Town Hall Players.”

Thank you to Chair Gloria Drucker and the many hard-working volunteers who braved several snow storms to set up, sort, cashier and clean up the very successful 28th annual Winter Book Sale.

Books are now being accepted any time the library is open until Saturday, July 1, for the summer Come to the Fair. Books should be in clean, saleable condition. We do not accept textbooks published before 2008, outdated medical (before 2010), National Geographic hardcovers, Time/Life series, Reader’s Digest condensed books, paperback romance, computer software manuals, magazines, encyclopedias, VHS and cassette tapes, records, games and puzzles with missing pieces, or outdated calendars.

Large print: “The Nowhere Man” (Hurwitz), “My (Not So) Perfect Life” (Kinsella), “To Capture What We Cannot Keep” (Colin)

CDs: “The Orphan Mother” (Hicks), “Lawyer for the Dog” (Robinson) and “Every Morning the Way Home Gets Longer” (Backman). 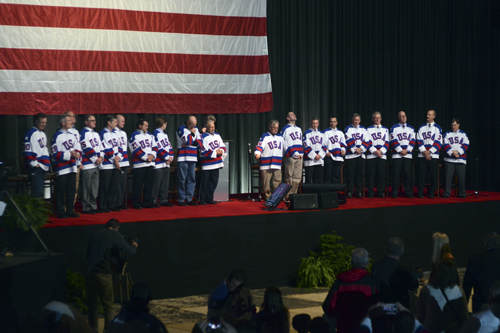 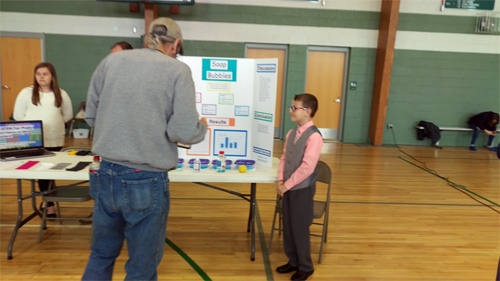