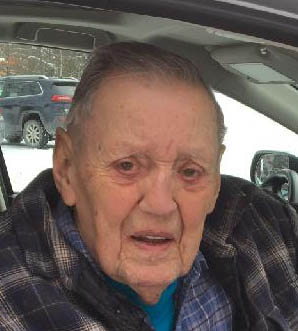 Bob served with the U.S. Navy Seabees as an electrician’s mate during the Korean War. He then went to work for IBM in New York City before moving to Gabriels to be in the Adirondacks that he loved. He ran the College Inn for 10 years and worked for Paul Smith’s College for many years. Bob also was an electrician and enjoyed this work for most of his life until he retired. Shortly after selling his home in Rainbow Lake, he settled into retirement at Saranac Village at Will Rogers, where he spent more than 10 enjoyable years.

Bob had a love of airplanes, obtaining his private pilot’s license as a young man and flying mostly Piper Cubs. He had begun training for his seaplane rating before moving to the Adirondacks. He also enjoyed building RC model airplanes and ships for many years. In his younger years, Bob also loved boating, swimming, fishing and hosting many barbecues for family and friends. His most favorite things to do in his later years were taking scenic drives, crossword puzzles, jigsaw puzzles, playing cards, bingo and reading.

Funeral arrangements are in care of Fortune-Keough Funeral Home in Saranac Lake. A graveside service will take place on Friday, June 19 at 11 a.m. at Mountain View Cemetery in Gabriels.

Friends wishing to remember Robert D. Meslin may make memorial contributions to Saranac Lake Voluntary Health Association in care of the funeral home. Family and friends can also share their memories and sign the online guestbook at fortunekeoughfuneralhome.com.