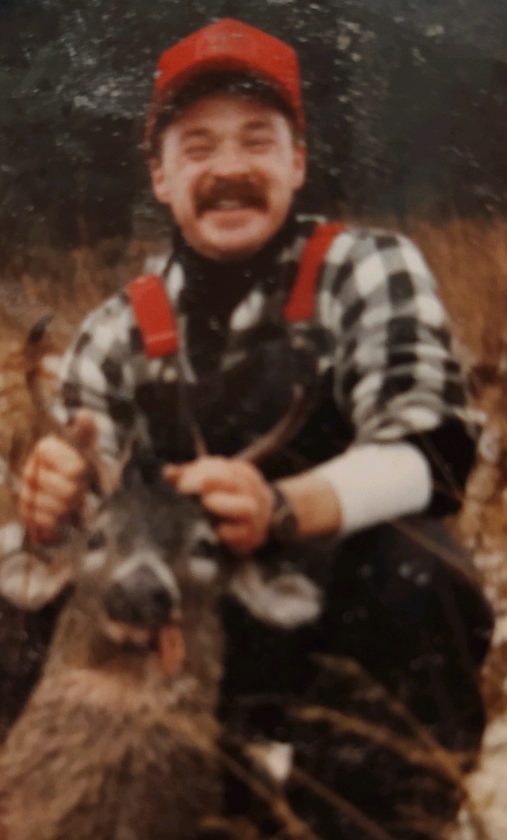 Harry Schweizer, age 66, of Lake Clear passed away peacefully in his sleep at his home which he shared with his youngest son, Jason, on May 23, 2020.

Born in Suffern, New York, on May 13, 1954, Harry lived most of his life in Lake Clear. Harry was the son of June (Delo) Siewertsen and Robert Schweizer. Sadly, Robert passed away when Harry was 11, but that time spent with his father sparked his own interest in learning the family trade of carpentry. Harry graduated from Saranac Lake High School in 1972 and continued honing his woodworking skills, learning from his grandfather. Carpentry came so naturally to him that it seemed to simply be in his blood.

He married Pam Peterson in Montclair, New Jersey, in 1976 and soon after had three children: Kristina and Bobby both of Portland, Oregon and Jason (Vermontville). After living in New Jersey for many years and growing a successful carpentry business there, the mountains called Harry back home. He and his family returned to the Adirondacks in 1989 where they took over the convenience store in Lake Clear, renaming it KBJ’s after his children.

Although it’s always a good challenge to try something new, it wasn’t long before Harry felt the pull to go back to working with his hands, creating, and tending meticulously to all of the fine details of finish carpentry which he had mastered. His skill in the traditional techniques of his craft can be seen throughout the Tri-Lakes region at many local businesses and homes, as well as at many of the greatest camps throughout the Adirondacks. While Harry took great pride in his work as a carpenter, it was his work of being a good father that he was most proud of.

In addition to his biological children, Harry had three step children — Adam Trim (Lake Clear), Natalie Oddy (deceased) and Ethan Oddy (Seattle, Washington) whom he loved dearly as if they were his own. Harry was loving and supportive to all his children, always attended every school play or baseball game, no matter what, and he taught each of his kids how to enjoy the great outdoors as he did. He was an avid hunter and fisherman, loved camping and a good walk in the woods, especially when it gave him the opportunity to explain different animal tracks or properties of different trees used in his work to his children.

If you didn’t know Harry from being on the job with him where he was a stickler for details and cleanliness, you probably knew him from decompressing with him after work at one of the local watering holes or in his home where guests were always welcome for a beer and a yarn. With drinks or not, he was an expert storyteller, and always inspired a good laugh. With Harry, sometimes the truth really was stranger than fiction. Small but strong, and sometimes quick to temper, (he was a redhead, after all) Harry was never one to shy away from any conflict. “Tougher than Carhartt and harder than cherry (wood); that’s Harry.”

Harry is lovingly remembered by his siblings: Guy Schweizer and Carey (Ricky) Sayles of Lake Clear, Jan O’Hara of Middleburg, Pennsylvania, Dale Schweizer (partner Vincent Tuccillo) of Yorktown Heights, and his children — Kristina, Bobby, and Jason Schweizer in addition to his stepchildren and many dear nieces and nephews. He is preceded in death by his father, mother, beloved sister-in-law Sarah (Sally) Schweizer, and step-daughter Natalie Oddy.

Funeral arrangements are in care of Fortune-Keough Funeral Home in Saranac Lake. Due to the COVID-19 pandemic, memorial services will be delayed until a time when it is safe to travel and gather.

In lieu of flowers, friends and family wishing to remember Harry may make memorial donations to the Saranac Lake Rescue Squad (for all the help over the years) or to the Saranac Lake Fish and Game Club in care of the Fortune-Keough Funeral Home 20 Church Street, Saranac Lake, NY 12093. Family and friends can also share their memories and sign the on-line guestbook at Fortunekeoughfuneralhome.com.