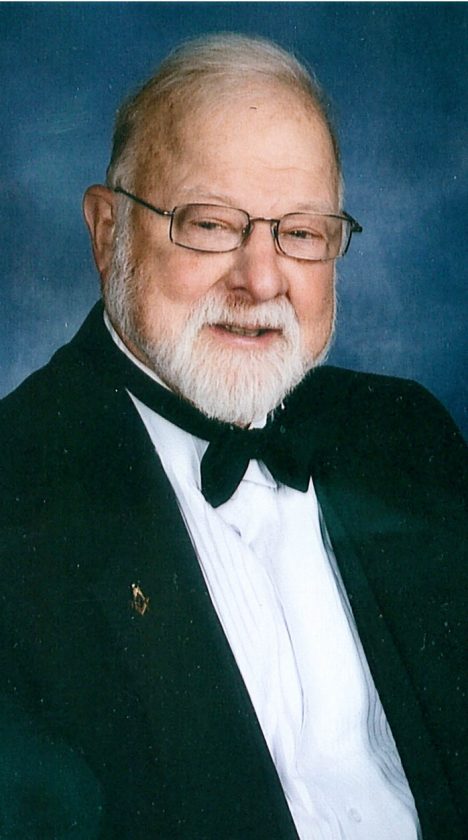 Robert Emmett Brown, age 78, of Saranac Lake, died Friday, May 15, 2020 following a brief illness at the University of Vermont Medical Center with his wife Pat by his side.

Bob attended high school at the Newburgh Free Academy Class of 1960, where he was president of the debate team. He continued his education at Orange County Community College graduating in 1962 with an Associate Degree in Business Administration, Rider College, graduating with a BA Degree in Business Administration in 1964 and Syracuse University with a Master’s Degree in Student Personnel Administration in 1965. Following graduation from Syracuse University Bob was employed at the NYS Alfred Ag & Tech College Student Services as the Dormitory Director from 1966-1969. He joined the North Country Community College Faculty in 1969 and worked there until his retirement in 1996 as a Student Services Advisor and Professor of Social Sciences, teaching Social Science and Anthropology.

Bob is a veteran of the United States Army serving as Sergeant 1st Class US Army from December 1966 to September 1968 and was stationed at the US Pentagon Washington D.C. Department of Secret Intelligence. Bob was the first person in the United States to be notified that the USS Pueblo was captured by North Korean forces.

Bob was very active in his community serving as Past Master and Chaplain of Whiteface Mountain Masonic Lodge #789, past president and life member of Saranac Lake Fish and Game Club, and past president and member of Franklin County Federation of Fish and Game Clubs. He also served as the Franklin County Delegate to New York State Conservation, Council Member of the Region 5 Department of Conservation Advisory Board Community Delegate, served on the Local Prison Advisory Board and was a NYS Hunter Training Instructor 45 plus years.

Bob married Patricia P. Patterson on June 19, 1965 in Cuddebackville, New York and together they shared nearly 55 years of wonderful companionship.

Although Bob and Pat never had any children of their own they were blessed with knowing, intimately, so very many of Bob’s North Country students, many of whom they continued to share special memories with over the course of passing years. They ALL know who they are.

Bob and Pat have been extremely active in the Saranac Lake community, having served on the All-America City committees and as the 1999 Winter Carnival King and Queen. He also very much enjoyed and was very proud of his work with the Riverwalk. Bob was featured on pages 10 and 11 of the book Adirondack Faces, by Mathias Oppersdorff, C.1991.

Bob loved hunting and fishing and his Adirondack Mountains. For him it wasn’t necessarily about bagging that trophy buck or a massive bass, but the pure joy of watching wildlife, such as a turkey displaying for the favor of a hen. He eagerly anticipated daily visits from deer to his property, especially one affectionately named Clipppy.

Bob is survived by his wife of 55 years, Pat of Saranac Lake, one brother Emmett and wife Debbie of Pittsburgh, Pennsylvania and several nieces, nephews and cousins.

Funeral arrangements are in care of the Fortune-Keough Funeral Home in Saranac Lake. Due to the COVID-19 restrictions private family services and burial will take place at Harrietstown Cemetery in Saranac Lake at the convenience of the family. As per Bob’s wishes, a celebration of Bob’s life will take place at a later date to be announced once the COVID-19 restrictions have been lifted.

Friends wishing to remember Robert Emmett Brown may make memorial contributions to the Local Masonic Lodge 789 Charity Fund or the Saranac Lake Fish and Game Club Youth Activities in care of the funeral home. Family and friends can also share their memories and sign the online guestbook at fortunekeoughfuneralhome.com.