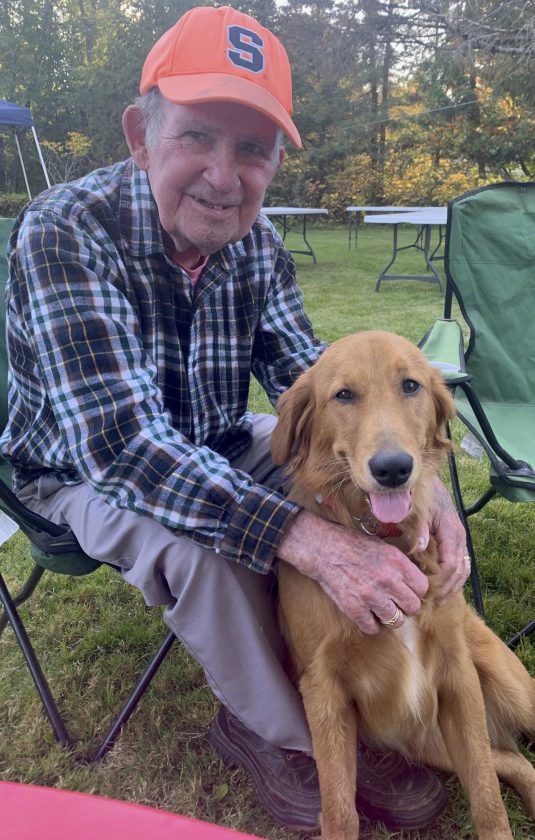 Kenneth James “Leprechaun” Boyle, 80, of Bloomingdale died Wednesday, May 20, 2020, at his residence under the care of High Peaks Hospice with his loving wife by his side.

Ken served in the Army during the Vietnam War. He worked for Chazy-Westport Telephone Company as a telecommunications technician until his retirement. Ken was an avid outdoorsman and was always found hunting, fishing, camping or hiking. Ken had a love for all sports, particularly baseball and football. One of Ken’s most special times was volunteering at the Adirondack Medical Center in Saranac Lake.

Ken is survived by his wife Patricia; two sons: Kevin (Kim) Boyle of Westport and Brian (Courtney) Boyle of Peru, New York; one daughter, Michelle (Kevin) Jerimillo of Colorado; and two stepdaughters: Kimberly Baker (Bernie Corrow) of South Carolina and Trisha LaPage (Kurt Strader) of Vermontville. He is also survived by one sister, Deborah (Jack) Clark of Edwards, and several grandchildren and great-grandchildren.

Ken was preceded in death by his two brothers, Duke and Vale Boyle, and his sister Phyllis; he was also predeceased by his stepgranddaughter Kayla Baker.

Funeral arrangements are in care of the Fortune-Keough Funeral Home, 20 Church St., Saranac Lake, NY 12983. At Ken’s request, there will be no calling hours or services. The family will hold a private gathering at a later date.

Family and friends wishing to remember Kenneth James “Leprechaun” Boyle may make memorial contributions to the Tri-Lakes Humane Society in care of the funeral home. Family and friends can also share their memories and sign the online guestbook at fortunekeoughfunerahome.com.