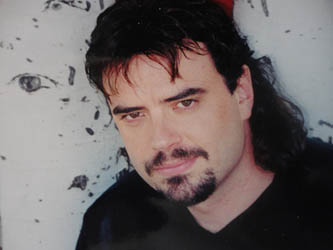 James Richard Vaughn, known to everyone as “Jim” or “Bo,” passed into the presence of his Lord and Savior Jesus Christ on April 24, 2020.

Jim was the son of Robert Vaughn and Patricia Huggins Vaughn. He was born in Saranac Lake, just minutes after the birth of his twin sister Jill. The family included an older sister, Brenda, and a younger sister, Stephanie.

It became obvious very early in his life that Jim was an extremely talented musician, artist and athlete. During his senior year at Saranac Lake High School, he was named the best high school drummer in the entire state of New York. Prior to graduation, Jim was asked to paint a mural on the hallway in the high school; that mural is still in place 33 years later.

In his teens, Jim began studying the martial arts. He earned black belts in both tae kwon do and Ashinki-do. He went on to teach martial arts for more than 20 years, retiring only when a spinal-fusion surgery prevented him from continuing.

In the mid-1990s, Jim moved to Colorado, where he continued to teach the martial arts. He and two great friends, Michael Riggs and Woody Hambrick, co-founded the semi-pro football team the Colorado Cougars, the logo for which Jim designed. Jim played quarterback and was the offensive coordinator. At this time, Jim and several of his friends also worked as bounty hunters.

Eventually multiple injuries forced Jim to turn to more sedentary pursuits. He loved making home movies with his friends, playing the drums at church and teaching himself Russian and Spanish. He was constantly teaching. Whether that be providing painting lessons for the children at church, coaching a middle school football team or teaching martial arts for self-defense, Jim loved to learn and loved to share with others.

In 1999, Jim met Pamela Collins of Eaton. They married exactly seven months to the day that they met. Pamela’s family loved Jim dearly. Last October they celebrated their 20th anniversary. He was a wonderful, loving, godly husband.

Despite Jim’s multiple talents and adventures, the most important thing in his life was his faith in Jesus Christ. Everyone who knew him knew what he believed. He would readily tell you that God had orchestrated situations in both his life and Pamela’s in order to bring them together, when otherwise they would never have met.

In lieu of flowers, memorial contributions made be made to Living Water Baptist Church, 9 Locust St., Champlain, NY 12919.