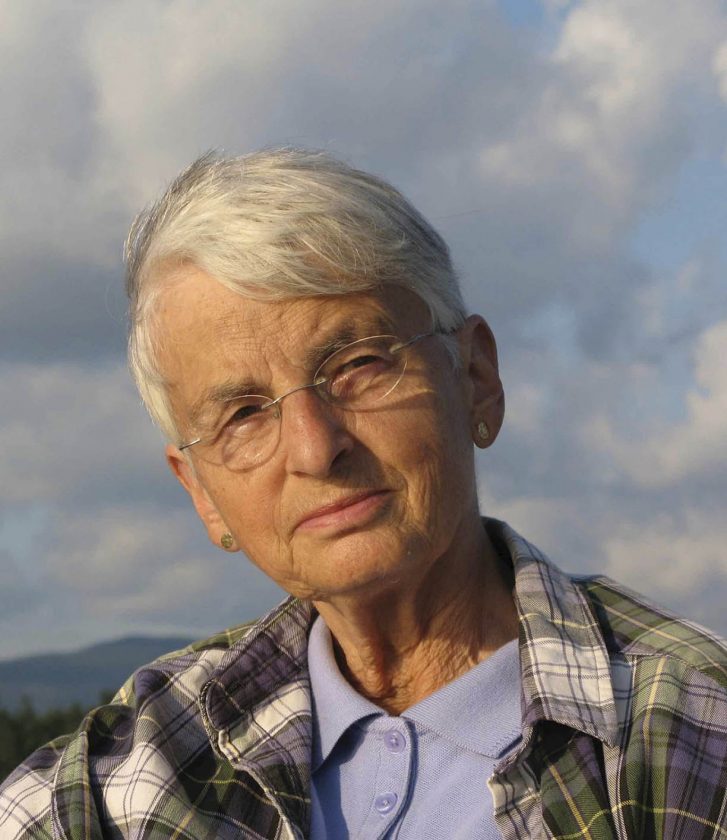 Frances Johnston Diebboll, born in Detroit, Michigan, on Jan. 15, 1934, passed away on May 7, 2020. She succumbed to pancreatic cancer at her home in Washington, Michigan.

She was the daughter of Dr. Joseph and Janice Johnston, who camped with their family on Lower Saranac Lake during the “platform tent” years, which lasted until 1975.

“Francie” married Robert Diebboll in 1955, and they honeymooned at the Lake Clear Lodge, near Saranac Lake. When the “platform tent” era ended, they rented a camp on Lake Kiwassa from 1976 to 1997 as their family vacation spot. They then bought a camp on the Saranac River in 1997, between Lake Flower and Oseetah Lake.

They had eight children. John, the oldest of their children, died in 2010. Francie’s husband Bob died in 2011. Their connection to the Saranac Lake area goes back to the 1920s, when Francie’s father spent some time there with his close friend Dr. Charles “Tek” Haskins. Tek had come to Saranac Lake to help cure his tuberculosis. Tek had a camp on Lower Saranac Lake, which he shared with Dr. Johnston and his family. Tek tragically died in the winter of 1949, when he went through the ice on Lower Saranac Lake while riding in a car up to his camp near the “Narrows.” Tek’s camp is now known as campsite No. 46. Dr. Johnston acquired his own camp on Sable Island, also on Lower Saranac Lake, in 1951. This site is now known as campsite No. 8.

Francie leaves her Saranac River island camp to her seven remaining children. Her country home in Washington, Michigan, has a few rocks and trees from Saranac Lake, adding to the many other plants and trees that she and her husband cultivated over the years. These plantings surround the house they designed and built in the Detroit suburb, making for an oasis where one can readily find peace. The other oasis she leaves is Kingsbury School, located in Oxford, Michigan. After sending her eight children to this Country Day School from 1962 to 1984, she worked as a tireless volunteer at the school in all necessary departments in order to help it survive. She did this to help support an environment that she believed was a good way to nurture children, encouraging kids to “love to learn.”

She is survived by all of her siblings and their spouses: Peter (Mary Jo), Ann, Joe (Arlene), Jere (Pat) and Jane (Dan); and by seven of her eight children: Rob, Bruce, Joe, Jamie, Kurt, Rachel and Martha, along with their spouses and families. She is also survived by many loving grandchildren, nephews, nieces, friends and countless Kingsbury Kids.